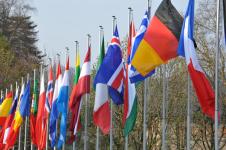 NATO has accepted Montenegro in its Membership Action Plan, MAP, an essential stepping stone towards full membership in the Alliance. However, Bosnia and Herzegovina failed to join the Plan because the country has not made enough progress in necessary reforms, foreign ministers said.

However they promised that Bosnia and Herzegovina will ultimately become a MAP member, once it fulfils all necessary conditions.

NATO foreign ministers acknowledged Montenegro’s progress in reforms as well as the country’s role in security in the region.

“On that basis, we are pleased today to invite Montenegro to move towards NATO membership by joining the Membership Action Plan. We will continue, through the MAP, to support Montenegro’s reforms,” NATO foreign ministers said in a written statement.

NATO Secretary General Anders Fogh Rasmussen congratulated Montenegro’s achievement. “It is the result of hard work and with the sustained effort at further reform, today’s invitation will be a stepping stone to the ultimate goal – full membership in NATO,” the NATO chief said.

Turning to Bosnia, Rasmussen noted that it is encouraging that membership in MAP is supported across the political spectrum in the country. “There should be no doubt in Bosnia and Herzegovina: We want to see you in MAP, we want to see you in NATO,” he said.

Rasmussen said NATO has sent a strong message to the country and it is time for the political elite there to live up their commitments.

“By today’s decision we have shown confidence in you, now we expect from you to live up to this confidence and move towards forming a well functioning society,” Rasmussen said.

The Membership Action Plan is a NATO program of advice, assistance and practical support tailored to the individual needs of countries wishing to join the Alliance. Montenegro applied for the Membership Plan in December of last year.

Post Views: 216
Previous PACE post-monitoring visit to Bulgaria
Next Bulgaria PM: We Are Ready to Participate in South Steam, Nabucco