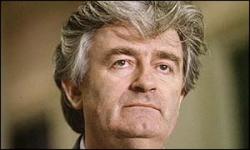 The former President of Republika Srpska filed a motion with The Hague Tribunal Monday asking it to annul its decision to appoint Richard Harvey as his defence attorney.

Radovan Karadzic asked the Court to allow him to choose an attorney from the list, which meets the norms set by the International Criminal Tribunal for the former Yugoslavia, ICTY.

“The Registrar has refused to provide Karadzic with a list of attorneys from which he could choose one. Instead, he was offered five names selected from that list. All of them come from the countries which participated in the air attacks on Republika Srpska. Four of them previously represented the leaders of the Kosovo Liberation Army before the ICTY. However, no attorneys from Bosnia or Serbia were among them,” the indictee’s request says.

Karadzic considers that the Statute of the Tribunal was breached because the indictee was not allowed to select an attorney to represent him.

“It is clear that a person to whom an attorney is appointed should have the right to select the attorney from a regular list and not from some list containing five favourite attorneys of the Registrar,” Karadzic stated in his motion.

The Hague Prosecution charges Karadzic, former President of Republika Srpska, RS, and Supreme Commander of the RS armed forces, among other things, with genocide, crimes against humanity and violation of the laws and customs of war committed in Bosnia and Herzegovina from 1992 to 1995.

In November 2009 the ICTY Registrar’s Office appointed Harvey as Karadzic’s defence attorney, because the indictee refused to appear in court at the beginning of the trial. By the Court’s decision, as the trial continues on 1 March, 2010, Karadzic will retain the right to represent himself. However, if he continues to be absent from the trial, the appointed attorney will represent him.

As stated in the decision by which the defence attorney was appointed, representatives of the Registrar’s Office met Karadzic in order for him to “pronounce himself concerning the preferred attorney on the list made by the Registrar”, but he failed to do so even after having met the attorneys whose names were included in the list.

Karadzic mentioned the fact that Harvey is representing Lahij Brahimaj, a former member of the Kosovo Liberation Army, who is charged, together with Ramush Haradinaj and Idriz Balaj, with a joint criminal enterprise aimed at eliminating Serb civilians from Kosovo.

In his motion, Karadzic argues that an attorney cannot prosecute Serbs in one case and defend them in another one. On these grounds, he said he did not agree with the same attorney representing him and the other person at the same time. He said this would be a breach of the rule in the Tribunal’s Statute stipulating that one defence attorney cannot be simultaneously appointed in two cases unless both indictees agree to the appointment.

“The Registrar deprived Karadzic of his right to select an attorney with whom he shares the same heritage, language and trust and who is familiar with the conflict in Bosnia. Instead, the Registrar selected an attorney, who comes from a NATO country, who previously represented, before this Tribunal, only those who fought against Serbs,” Karadzic said.

Haradinaj and Balaj were acquitted, by a first-instance verdict, of all charges, while Brahimaj was sentenced to six years in prison. The appellate procedure is currently underway in that case.