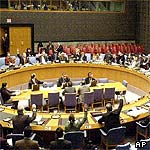 The UN Security Council will debate the situation in Kosovo during its January 22 session, the presiding country, China, announced.

Stressing that Kosovo remains and important item on the Security Council agenda, China’s Permanent Representative Zhang Yesui said that UN mission in Kosovo, UNMIK, chief Lamberto Zannier’s report will be considered at the session, followed by a debate.

The previous Security Council meeting dedicated to Kosovo was held on October 15, 2009, and it focused on UN Secretary-General Ban Ki-moon’s report on the situation in the province.

Serbia’s foreign minister, Vuk Jeremić, on that occasion called on all UN member states to allow the International Court of Justice (ICJ) to consider the case of the unilateral independence declaration “undisturbed”.