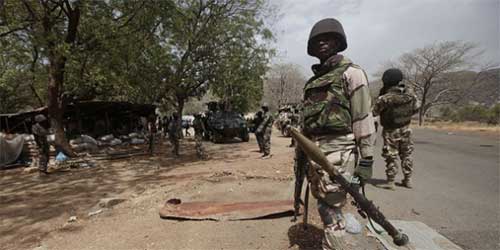 At least four soldiers and eight suspected jihadists were killed Tuesday in Mali when a security patrol was ambushed in the centre of the country, military sources said.
The death toll could yet rise as “two Malian army vehicles and their occupants are still not accounted for,” a military source said.
The patrol, which was attacked in the central region of Segou, was attempting to secure procedures relating to Mali’s general election, which on Sunday saw some voters prevented from participating by armed groups.
“It was a sophisticated attack. The terrorists launched an ambush and afterwards they fired at the convoy, which defended itself,” said a second military source, adding that “eight jihadists” were known to have died.
A local administrative source said “several Malian soldiers” were killed.
Authorities in the capital Bamako say that voting in Sunday’s election didn’t take place in more than 700 polling stations, including 600 in lawless central regions of the vast, landlocked nation.
Violence marred the lead-up to the election, despite the presence of 15 000 UN peacekeepers, 4 500 French troops and a much heralded five-nation anti-terror G5 Sahel force.
The jihadist violence has spread from northern Mali to the centre and south of the country and spilled over into neighbouring Burkina Faso and Niger, often inflaming communal conflicts.

Post Views: 336
Previous Egypt, Italy to continue cooperation on Libyan crisis
Next Rouhani to Trump: I have no precondition for talks, except U.S. compensate the past