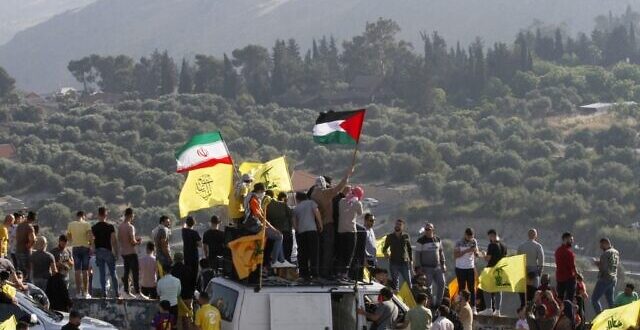 Report: Hezbollah has ‘no interest’ in Gaza fighting spreading to Lebanon

Hezbollah does not want to expand the ongoing fighting in the Gaza Strip to Lebanon, an unnamed Lebanese official told the London-based Arabic-language newspaper Asharq Al-Awsat in a Sunday report.

“The situation on the border with Israel will remain under control because Hezbollah has no interest to expand the conflict,” the source was quoted as saying.

For the past week, some 2,500 rockets launched by Hamas-led Palestinian terror groups in the Gaza Strip have bombarded towns in southern and central Israel, and the Israeli military has responded with extensive airstrikes on terror targets. Dozens have been killed, and hundreds wounded.

Though there have been some clashes on the Israel-Lebanon border in support of the Palestinians, with one man shot dead, the Iran-backed Hezbollah was reportedly not intending to launch its own attacks.

The official, described as a “prominent politician,” said Iran doesn’t want an Israel-Hezbollah war while it tries to win sanctions relief from the US at the nuclear talks in Vienna. In addition, conflict with Israel would lead to Hezbollah’s stockpile of precision missiles being raised at the negotiations, the source added.

Hezbollah’s arsenal of advanced weapons is a major concern to Israel, which has conducted numerous airstrikes in neighboring Syria to prevent the Lebanese terror group from taking delivery of such systems.

In addition, Hezbollah reportedly wants to keep a low profile about its weapons cache amid an ongoing political crisis in the country that has prevented the forming of a government. Maronite Patriarch Beshara al-Rai has called for the United Nations to become involved, a development that would lead to consideration of Hezbollah’s weapons, according to the report.

Although some Hezbollah officials took part in the border protests, their presence was symbolic and intended to send only a political message, the source claimed.

The source also said that three rockets fired from Lebanon at Israel last week, which exploded in the sea, were intended as a show of solidarity with Gaza and that there will not be an escalation into open fighting between Israel and Hezbollah.

The report came after the Israeli military thwarted an attempted infiltration attack against Israelis along the Lebanese border, overnight Friday-Saturday. Forces identified several suspects cutting the border fence and digging beneath it, the Israel Defense Forces said, adding that “troops fired at the men’s lower bodies and they fled.”

Searches of the area revealed items suspected to be bombs, the military said, saying that the suspects’ behavior and evidence at the scene point toward a plan to infiltrate into Israel and carry out an attack in the area of Metula.

On Saturday the military reported fresh rioting in Lebanon at a number of locations along the border between the countries.

“The rioters are throwing objects and Molotov cocktails and damaging the [security] fence,” a statement from the IDF said, adding that troops responded with riot dispersal means and warning fire toward a number of the rioters.

The clashes were not near any Israeli communities, the IDF reassured.

The protests on the northern border came amid intense fighting between Israel and the Hamas terror group in Gaza, which entered its sixth day on Sunday. Like Hezbollah, Hamas also receives support from Iran, with officials in the Gaza-ruling terror group having praised Tehran for providing it weapons and aid in its fighting against Israel.

Palestinian terrorists in Gaza have fired over 2,500 rockets toward Israel since the outbreak of fighting last Monday, according to the Israel Defense Forces.

As of Sunday, 10 people in Israel have been killed in the current round of fighting, including a 5-year-old boy, whose funeral in Kiryat Gat was interrupted by rocket sirens.

The Gaza health ministry said Sunday that at least 197 Palestinians have been killed in the Gaza Strip since the outbreak of fighting, including 58 minors.