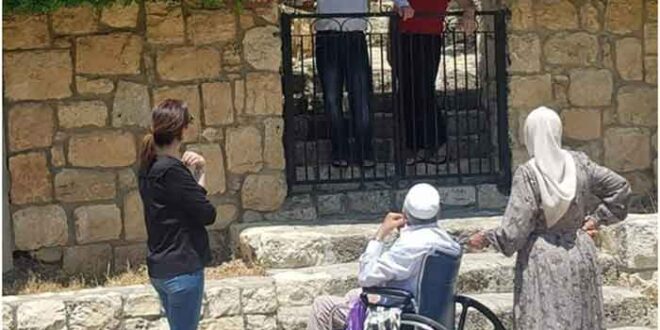 1) Palestine was colonized and replaced by a colonial settler state called “Israel”. The ideas was simply to take a multi-ethnic, multi-cultural, multi-religious country and transform it to a “Jewish state.” The core of this project (Zionism) is ethnic cleansing which started under British Rule (to fulfil the illegal Balfour declaration) and continued and accelerated under more direct Zionism control and continues today in places like Shaikh Jarrah in Jerusalem and other parts of Palestine (inside and outside the so-called green line). That is why we have 7.5 million Palestinian refugees and displaced and 530 villages and towns wiped out.

2) International law is very clear: Palestinian Refugees have a right to return to their homes and lands, Israeli colonial settlements built since 1967 including in Jerusalem are illegal, and Israel has engaged in processes that amount to war crimes and crimes against humanity

3) Israel has never been a democracy. It is an apartheid racist regime that even after expelling most Palestinians, have instituted 65 laws that discriminate against the remaining 1.5 million native Palestinians (became a minority of 20% of the population). Yet Israel also is the power that rules over the lives of 4.7 million Palestinians in the West Bank and Gaza who are not given Israeli citizenship and they are subject to hundreds of military orders that serve as racist laws. For example the denial of entry to our own city of Jerusalem even for religious reasons to visit the holy sites.

4) Zionist propaganda is easy to refute with logical explanations based on facts (and the three principles above). For example, it is easy to answer the non-sense like Israel is defending itself and using wrong analogies like what if Mexico shoots rockets into the US, what should be the response? Answer: wrong analogy: If someone comes and shoots your brother, points a gun at your head and tells you to get out of your house and they claim their religion tells them to do so. Then you are pushed down the street and they besiege you and stop you from getting food and medicine and test new guns on you every few years then you decide to throw a stone towards your old house so they take an RPG and level your new house, do you call this “self-defense” or “disproportionate response”? Who is then the terrorist? Anyway international law is clear on this point: colonized/occupied people have a right of resistance. Anyway colonization is itself violence: ask native Americans and Blacks in South Africa or any other country that went through the experience. Colonization kills 10 native civilians for every 1 colonizer (in Palestine as in South Africa under apartheid). The answer is simple, end apartheid ends the violence (exhibit A: South Africa).

5) No colonial – anti-colonial struggle has ever ended in a “two-state solution”. It is fictional and the talk about it from the time that Ben Gurion proposed it over 100 years ago is merely (as Ben Gurion himself stated on more than one occasion) intended for PR efforts (he even cited colonial treaties with native Americans which could be broken after consolidating powers). Colonial-Native struggles end in one of three scenarios: a) Algerian model (nearly 2 million killed, 1 million colonizers and their descendants left the country), b) genocide of natives (USA, Australia), c) coexistence in one country of descendants of colonizers and of native people (the rest of the world >140 countries). There is no fourth scenario. Palestine will not be an exception. It is the last struggle and prolonged only because of the resourcefulness and wealth of Zionists and the weakness of their victims with collusion of corrupt Arab leaders and western governments beholden to special interest lobbies. This explains Israel’s impunity from international law.

6) If we want a roadmap to real sustainable peace (not pacification), all we have to do is insist that we implement the Universal Declaration of Human Rights. It has all the needed elements (no discrimination, rights of refugees to return etc).

7) Thus it is clear that people around this planet need to have joint struggle (including via a push for boycotts, divestment and sanctions) just like we did with South Africa to end the Israeli regime of apartheid and implement human rights.