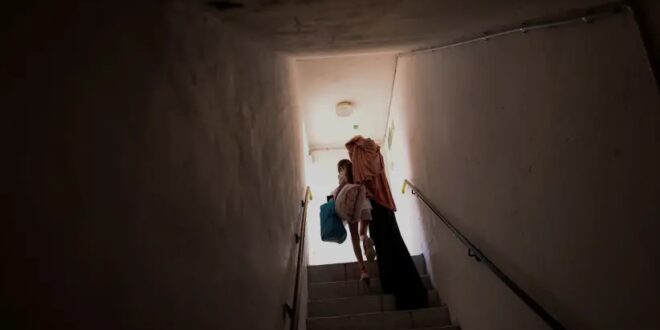 After 11 days, Israel’s war with Hamas comes to an end in a fragile ceasefire mediated by Egypt.

The Israeli security cabinet voted to accept a ceasefire late Thursday as the Israeli South and Gaza remain inflamed.
The security cabinet unanimously agreed to a “mutual and unconditional” cessation of hostilities, according to a statement from the Prime Minister’s Office.

A barrage of rockets fired from Gaza into southern Israel and reported IDF strikes on targets in the Gaza Strip continued leading up to the ceasefire, however skies have remained quiet since the ceasefire began at 2 a.m. on Friday morning.

Egyptian President Abdel Fattah al-Sisi thanked US President Joe Biden for his role in the success of the Egyptian brokered ceasefire between Israel and Hamas.

He added that both see the urgency in managing the conflict between the parties through diplomacy.

Prime Minister Benjamin Netanyahu did however inform the IDF to prepare for a scenario in which Hamas did not respond to Egypt’s ceasefire offer.

A Hamas official confirmed to Reuters that the ceasefire would be “mutual and simultaneous.”

Though, according to the security cabinet the ceasefire will be unconditional, Senior Hamas official Osama Hamdan said he had received guarantees from the mediators that, “The occupation will remove its hand from Sheikh Jarrah and al-Aqsa,” Israeli media reported.

Israeli sources refuted Hamdan’s claim, saying it was completely false and the ceasefire is in fact unconditional, Kan News responded.

Regarding the ceasefire agreement, Defense Minister Benny Gantz said the, “reality on the ground will determine the continuation of the campaign,” implying that Israel will be keeping with the principle of “quiet would be met by quiet.” Gantz added that “the defense establishment continues its readiness to protect Israeli citizens.”

Gantz also spoke with US Secretary of Defense Lloyd Austin and updated him on the latest developments following the Security Council cabinet decision, and the ceasefire it approved. Gantz thanked Austin and Biden for the United States’ support and expressed his hope that the ceasefire will be honored.

Top international envoys had worked feverishly to end the war while Israel’s security cabinet debated the details of a restoration of calm in a late-night meeting.

Biden spoke with al-Sisi earlier in the evening about the ceasefire efforts, while US Vice President Kamala Harris talked with Jordan’s King Abdullah.

According to Kan News, Israel’s National Security adviser, Meir Ben-Shabbat, received a proposal from the Egyptians for a restoration of calm. Egypt along with the UN and others were working on a truce 11 days after Hamas escalated tensions by launching rockets at Jerusalem.

“We have seen reports of a move toward a potential ceasefire,” White House press secretary Jen Psaki told reporters in Washington. “That’s clearly encouraging. We believe the Israelis have achieved significant military objectives that they laid out to achieve, in relation to protecting their people and to responding to the thousands of rocket attacks from Hamas. So that’s why, in part, we feel they’re in a position to start winding their operation down.”

Linda Thomas-Greenfield, US ambassador to the United Nations, told a special General Assembly meeting that the US was working to attain a trust, and that “in the hours and days ahead, we will continue to relentlessly push for peace.”
US Deputy Assistant Secretary for Israel and Palestinian Affairs, Hady Amr, remained on the ground to advance those efforts.

United Nations Special Coordinator for the Middle East Peace Process Tor Wennesland was in Doha, Qatar, on Thursday, “on an official visit as part of the United Nations’ intensified efforts to restore calm in Gaza and Israel,” a diplomatic source told The Jerusalem Post. “The UN is actively engaged with all the relevant parties in order to de-escalate the situation on the ground.”

Hamas leaders Ismail Haniyeh and Khaled Mashaal are based in Qatar, and Haniyeh met with Wennesland, a diplomatic source said.

UN Secretary-General Antonio Guterres told the UNGA that Wennesland had “undertaken extensive diplomatic efforts within the region, including with Egypt, Jordan and Qatar and with key partners in the international community, to encourage all sides to halt the violence. We are engaging directly with the parties to the conflict, including Hamas, in our efforts to secure an end to hostilities.”

Guterres also held a meeting with Arab ministers to discuss the current situation, according to his spokesperson Stephan Dujarric.

During a Wednesday phone call between Biden and Netanyahu, the US president said he “expected a significant de-escalation on the path to a ceasefire.”

Netanyahu told Biden that the operation will continue until Israeli citizens are secure, and repeated that line in subsequent public statements.

But on Thursday, the matter of timing was absent from Netanyahu’s statements, as it focused more on the Iranian origin of an armed drone shot down over Israel earlier this week.

As IDF and Hamas firing was expected to die down, the Palestinian Authority’s diplomatic battles against Israel at the United Nations heated up.

The UN General Assembly also met on Thursday to discuss the issue, with many of the speakers portraying the Palestinians as victims of an aggressive Israel.

Guterres called out both Hamas and the IDF, saying that both had committed war crimes.

“Sadly, in today’s debate, we are not seeing a defense of the goals laid out for the UN, but rather an indifference to Hamas’s charter, which, like the Nazis, is committed to the genocide of the Jewish People,” Erdan said. “We see an attempt to create a false moral equivalence, an immoral equivalence, between Israel, a democracy that seeks peace and abides by international law, and a murderous terrorist organization with an ideology similar to ISIS, that is carrying out the double war crime of firing at Israeli civilians while hiding its weapons behind Palestinian civilians, using them as human shields.”

Guterres said that both the IDF and Hamas had attacked innocent civilians.

“Even wars have rules,” Guterres said. “First and foremost, civilians must be protected. Indiscriminate attacks, and attacks against civilians and civilian property, are violations of the laws of war. So are attacks against military objectives that cause disproportionate loss of civilian life and injury to civilians.”

While many UN members have hesitated to mention Hamas or its rockets, Guterres spoke out against both.

He urged “Hamas and other militant groups to stop the indiscriminate launching of rockets and mortars from highly populated civilian neighborhoods into civilian population centers in Israel, also in clear violation of international humanitarian law. Densely populated civilian areas must not be used for military purposes.

“I urge the Israeli authorities to abide by the laws governing armed conflict, including the proportionate use of force. I call on them to exercise maximum restraint in the conduct of military operations. It’s impossible to excuse the killing of innocent civilians. There is no justification, including counterterrorism or self-defense, for the abdication by the parties to the conflict of their obligations under international humanitarian law.”

Guterres took issue with IDF bombing of media offices in Gaza – in a tower block the IDF said also housed a Hamas intelligence base – and Hamas shelling of the Israeli crossings into the Strip when humanitarian goods were passing through.

Guterres said that his heart went out to the “victims and their loved ones.” He expanded on the harm done to the Palestinians in Gaza, stating that he was “deeply shocked by the continued air and artillery bombardment by the IDF in Gaza.”

He was upset in particular, he said, by reports that “nine members of one family were killed in al-Shati refugee camp. If there is a hell on earth, it is the lives of children in Gaza today.”