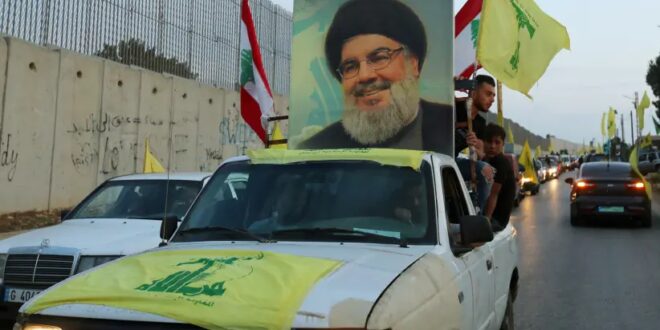 A coughing Hezbollah leader called for creation of a ‘new equation’: Any violation of Jerusalem would lead to a regional war

Any violations of Jerusalem will cause a “regional war,” warned Hezbollah secretary-general Hassan Nasrallah on Tuesday night, in his first speech since before Operation Guardian of the Walls began over two weeks ago.

During the operation, Nasrallah did not make any statements, and Hezbollah officials remained relatively quiet, with only one or two statements made besides for an official statement issued by the terrorist movement after the ceasefire.
Nasrallah stated on Tuesday that he had not made any statements in recent weeks because he had been sick. The Hezbollah leader delivered the speech in a quiet, raspy voice and appeared to have difficulty keeping his head up.

The IDF believes that the speech on Tuesday night was a mistake by Hezbollah, as Nasrallah was attempting to broadcast threatening messages, but looked weak and sick.

The Hezbollah leader stated that Gaza surprised “both friend and foe” when it carried out its threat to launch rockets at Jerusalem in response to the unrest surrounding Sheikh Jarrah and al-Aqsa Mosque.

Nasrallah stressed that Israel “misjudged” the impact of its moves, saying that Jerusalem entered a “very dangerous phase” which led to the conflict. He added that the escalation by Gaza was a “historic step” that must be “understood properly and built upon properly.”

Nasrallah stressed that “violating” holy sites in Jerusalem differs from any other matter, and that the reaction would be “different” from the reaction to the assassination of commanders or destruction of homes.

The Hezbollah leader warned that Israel must understand that “any violation of Jerusalem won’t stop with Gazan” terrorist groups.

“We won’t substitute Palestinians, but stand behind and next to them,” said Nasrallah, calling for the creation of a “new equation” in which any violation of Jerusalem would lead to a regional war which would result in “Israel’s destruction.”
Nasrallah warned Israel to “not misjudge Lebanon, as you did with Gaza, knowing that our situation is different.”

The threat by Nasrallah comes after clashes were reported between police and Palestinians on the Temple Mount in recent days.

Nasrallah emphasized the importance of Arab-Israelis acting in a unified manner with Palestinians in Gaza and the West Bank. He added that Operation Guardian of the Walls (referred to as Sword of Jerusalem by Palestinians) “revived” the Palestinian issue in the global arena and dealt a blow to normalization efforts by Israel in the region.

“I can definitely say after Sword of Jerusalem that the ‘Deal of the Century’ is over,” said Nasrallah. “Before that, I used to always equivocate. Now I can say this with certainty.”

The Hezbollah leader added that the decision by Israel not to carry out a ground invasion was the “most important manifestation of failure.”

Nasrallah made the speech as Hezbollah marked 21 years since Israel’s withdrawal from southern Lebanon in 2000 on Tuesday.

The Hezbollah leader stated that the terrorist groups would now celebrate “two great victories” in May: the Israeli withdrawal from Lebanon and the ceasefire in Operation Guardian of the Walls.

Post Views: 90
Previous UNHRC poised to approve war crimes probe into Israel on Gaza, Jerusalem
Next From air defense to ‘occupation’: The plan for endless war in Gaza