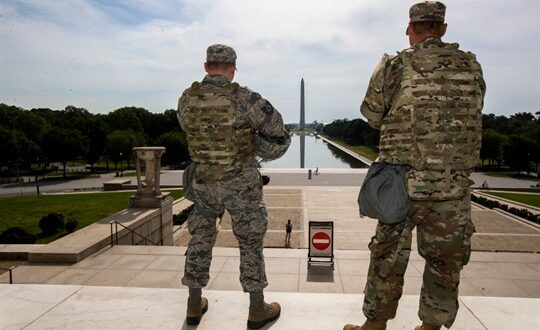 Following the Jan. 6 insurrection at the U.S. Capitol, numerous reports emerged indicating that a significant number of rioters had connections to the military.

A study released in April by the Program on Extremism at George Washington University and the Combating Terrorism Center at West Point found that 43 of the 357 individuals—12 percent—who had been charged at that point in federal court for their role in the Capitol Hill attack had some form of military experience.

They included two reservists, two National Guard members and one active-duty Marine Corps officer. (Since then, the number of people charged with crimes related to the attack has increased to nearly 500.)

In February, the Department of Defense released its own report on extremism in the military, which documented the deep inroads that white supremacist and white nationalist organizations had made in the armed forces.