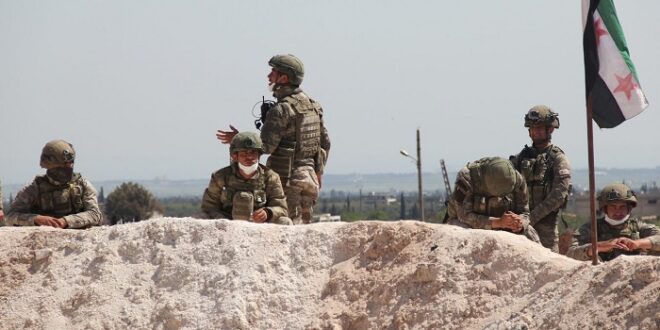 Turkish forces have transferred dozens of their soldiers to Idleb, northwestern Syria, a region witnessing a military escalation and mutual shelling between Turkish-backed armed opposition groups and government forces, according to military sources affiliated with the opposition.

In fact, 15 military vehicles carrying soldiers arrived at the Turkish point in the town of Kansafra, close to the frontlines with Syrian government forces in Kafr Nabel, south of Idleb, the sources added.

They stated that the Turkish soldiers, whose number is estimated at about 60, arrived from Iraq to Antakya’s Airport, from where they moved into Syrian territory.

Furthermore, the same sources indicated that the Turkish forces transferred their main soldiers present in Kansafra to Iraqi territory, to replace the unit that was moved to Syria.

In addition, other local sources indicated that about 20 military vehicles of the Turkish forces left the town of Kansafra yesterday afternoon, towards Kherbet al-Joz in the countryside of Jisr al-Shughour to go into Turkish territory.

It should be noted that no Turkish official sources gave details of the reason behind the substitution of these military units.