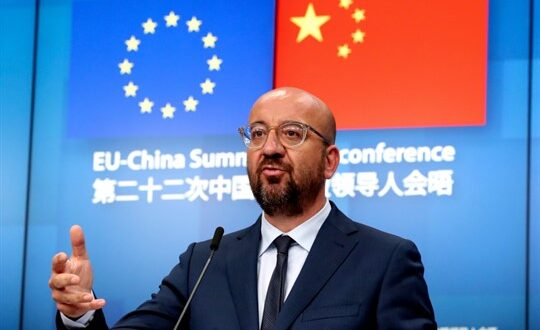 Europe Is Souring on China

The European Parliament has voted overwhelmingly to freeze a massive investment deal with China that had taken seven years to negotiate. The Guardian reported that the resolution suspended “any consideration of the EU-China Comprehensive Agreement on Investment (CAI), as well as any discussion on ratification” until China lifted sanctions on European Union officials, including members of the European Parliament, as well as European diplomats and scholars.

Post Views: 145
Previous Biden Won’t Say It Out Loud, but He Might Want a Weak U.S. Dollar
Next China’s Boycotts of Western Brands Aren’t Very Effective