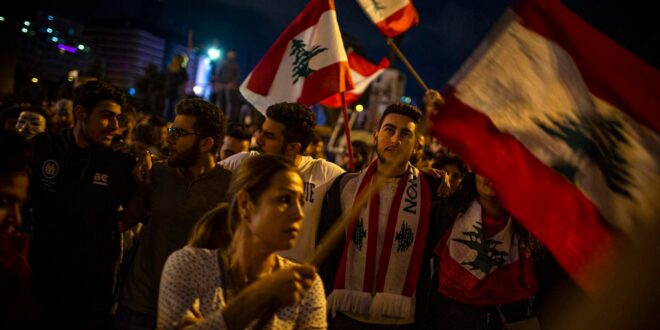 What Could Make or Break Lebanon’s 2022 General Election

Lebanon, unlike many other countries, is actually ruled by a conglomerate of political figures and business elites and organizations. Therefore, a change in Lebanon can neither be about a single politician or party nor can it be led by one political group. In the past 15 years, there were several attempts to alter the governance model and practices in Lebanon. All of them proved unsuccessful for various reasons including the toxic manipulation of identity-based politics by the majority of politicians and clerics, deep-seated corruption, twisted social norms, regional power competition and the absence of an organized, competent and capable political alternative.

At this stage in Lebanon’s history, all possible ways of triggering change — voluntary reforms, foreign intervention, sweeping change, military coup — have either been exhausted, are out of reach or will lead to even worse outcomes.

The only remaining possibility for Lebanon to transition out of its current decayed situation to a reform path is to make sure that the 2022 general election allows a critical mass of reform-minded figures who are not subject to the intimidation or limitations of the largest political parties to make it to the parliament.
Lebanon’s Elections Have Political, Not Technical, Problems

With two notable gaps (1972-1992 and 2009-2018), Lebanon has held periodic elections since its independence in 1943. Because of Lebanon’s history and system, all elections have resulted in a political landscape characterized by shifting alliances in which former foes often become allies in defense of private interests, collective or individual. The notion of public interest and how this informs electoral behavior is almost absent.

Successive international electoral observation missions to Lebanon since 1996 have more or less confirmed that the votes in the last two decades are considered to be relatively fair and transparent. Despite the fact that all of the observers’ final reports highlighted irregularities and shortcomings, they concluded that these shortcomings did not have a significant influence on the outcome of the election. However, many of these reports did highlight that the main issue in Lebanon is the “reduced level of electoral competition,” which practically means that a large proportion of the seats is somehow pre-determined for specific political groups or leaders. Obviously, addressing this issue requires looking at the systemic causes that range from the nature of the electoral system, the practice of pre-electoral agreements between parties and candidates, loose electoral funding framework and vague, or lack of definition of conflict of interest and abuse of power.

In a nutshell, the issue with Lebanon’s general election is political and not technical and therefore, it requires an independent electoral management body to create a conducive environment for reform-minded candidates to be able to compete and win in 2022. Regular election monitoring will not be sufficient to do so. On the contrary, it will lead to the same outcome: monitors unable to highlight the main issues and thus “clearing” the 2022 election as “relatively fair and transparent.”
Lebanon Needs a Truly Independent Election Oversight Body

According to the law, the Ministry of Interior and Municipalities is the primary body responsible for administering elections, in coordination with other officials at the ministries of justice, foreign affairs, information, education and finance. The interior ministry prepares the voter list, produces national ID cards, trains poll workers, produces and distributes election materials, organizes polling stations and coordinates security on Election Day.

An electoral management body should be politically independent, financially autonomous, competent, inclusive, transparent, accountable and have full authority over the electoral process. The current conditions in Lebanon do not allow for the existing body to fulfil these criteria without close and strong international oversight. A sweeping change by 2022 that would reverse this situation is not realistic.

The Supervisory Commission on Elections, established in 2009, is a regulatory body that falls under the authority of the interior ministry. The interior minister has the right to supervise the work of the commission and chair all meetings but cannot vote. The 11-member commission is primarily responsible for the development of media and campaign finance regulations, as well as the oversight of candidate registration and campaign compliance. In 2018, the commission was under-staffed and under-resourced for this broad mandate. Its budget was limited and the release of funding from the interior ministry was severely delayed. As a result, its involvement in election administration was relatively limited and it provided little guidance to candidates or media about their role. The commission identified and documented a number of violations, particularly on the part of the media. However, an unclear legal framework, provisions with insufficient details, as well as a lack of power and resources to investigate complaints made monitoring candidates and list compliance with campaign and expenditure regulations extremely difficult.

One could argue that, technically, the government of Lebanon can just move the electoral management body from being under the interior ministry to become a standalone independent public organism and thus solve the problem. In reality, this option is not even a possibility. In the last two decades, Lebanon established and appointed the members of several entities that are on paper independent, for instance the Lebanese Petroleum Administration, the Telecommunications Regulatory Authority, National Council for Scientific Research, High Council for Privatization and PPP and Economic and Social Council. In practice, these entities ended up with the same clientelist and corrupt approach that characterizes Lebanon’s public administration in general.

To optimize the results of the 2022 general election and pave the way for a group of reform-minded figures to be elected as members of parliament it is essential to have an internationally supervised independent electoral management body.

Ideally, such an effort should be part of a broader initiative that aims at reforming the entire electoral system, including the law, electoral districts, funding and accountability. However, such a wide-angle discussion will be a gift to the politicians in Lebanon as it will help them divert the attention from the 2022 election to the controversial issues of the political system, power-sharing, sectarian quotas and other endless discussions, hence leading to the postponing of elections.

Therefore, the international community should pressure Lebanese authorities to have the 2022 general election on time, using the existing legislation, ensuring the participation of the diaspora and under an internationally-supervised independent electoral management body. Otherwise, the country will further entrench itself in a dire situation of decay and demoralization.