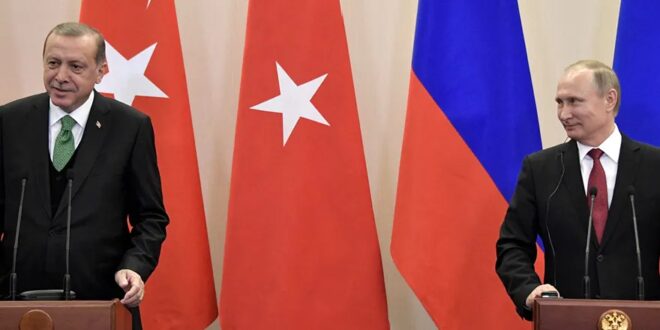 Turkey’s president is trying to sound more helpful to the West. But his broader policy objectives have not changed.

On 14 June, US President Joe Biden met Turkish President Recep Tayyip Erdogan on the sidelines of the NATO summit in Brussels. Ankara had long anticipated the meeting, as the transfer of power in Washington from the Donald Trump administration to that of Biden has been a major concern for Turkey. In particular, the Erdogan administration wishes to avert new US sanctions in response to Turkey’s controversial purchase of Russian-made S-400 surface-to-air missiles.

For this reason, Erdogan has been engaged in a charm offensive over several months aimed at rekindling ties with Washington. He toned down his anti-Western rhetoric. He also offered help to Ukraine as tensions mounted at the border with Russia this spring. Turkey is pursuing a reset with US allies in the Middle East too, such as Israel, Egypt and Saudi Arabia. It also sees a role for itself in post-withdrawal Afghanistan, such as in protecting Kabul airport. And, in the run-up to the Biden–Erdogan summit, the media in Ankara floated rumours that a resolution to the S-400 quandary was in the offing as well: the controversial missile systems are to be housed in the air base of Incirlik, apparently under the joint stewardship of Turkey and the US military.
A Charm Offensive with Serious Intent

The overtures towards Biden are broadly in line with Erdogan’s wish to ‘have his cake and eat it’. That is, he wants to retain reasonably good relations with the US, despite the toxic anti-Americanism pervading Turkish media and the public at large, and to cling on to NATO, while at the same time teaming up with Russia on issues where their interests coincide.

Yet the summit did not deliver the breakthrough Turkey was angling for. Both Biden and Erdogan said that their 90-minute meeting went ‘very well’, but no real progress appears to have been made on the S-400 issue, which overshadows all else on the bilateral agenda. That should come as no surprise. As the analyst Ozgur Unluhisarcikli argues, there is a mismatch of expectations on both sides. ‘Turkey wants to negotiate how it could use the S-400s, whereas the Americans want to negotiate how Turkey can get rid of the S-400s. Which means there is no common base for negotiations’.

Erdogan does not want to let go of the special relationship with Russia; for him, being on good terms with Washington does not mean burning bridges with Vladimir Putin. This much has been clear in Turkey’s behaviour within NATO over the past few weeks. On the one hand, last month, Turkey took the lead in the Alliance’s Steadfast Defender 2021 exercise, involving 9,000 troops from 20 members and partner states. The drill in Romania focused on an Article 5 scenario, with NATO’s Very High Readiness Joint Task Force repelling a foreign aggression. It does not take a genius to figure out which putative threat the exercise planners had in mind.

On the other hand, Turkey reportedly diluted the joint statement adopted by NATO in reaction to the Belarusian authorities’ illegal seizure of a Ryanair aircraft en route to Lithuania and the arrest of dissident Roman Protasevich. Even though it is Belarusian President Alexander Lukashenko rather than the Kremlin who bears responsibility for this brazen act, Ankara signalled to Moscow, the Belarusian leader’s patron, that it is one of Russia’s best friends within NATO.
Resilient Russia–Turkey Relations

Russia–Turkey relations have shown remarkable resilience. They withstood three major tests over the course of 2020: Syria, Libya and Nagorno-Karabakh. All of these put to the test the rapprochement between Turkey and Russia, which dated back to the summer of 2016 and the aftermath of the failed coup attempt against Erdogan.

In Syria and Libya, Russian and Turkish forces have fought on opposing sides, with a Russian aircraft killing 34 Turkish servicemen in the vicinity of Idlib. In Nagorno-Karabakh, Erdogan brought Turkey into Russia’s backyard by intervening in a regional hotspot where Moscow is keen to remain the lead powerbroker. And though Russia and Turkey appeared to be edging towards a showdown, their leaders made sure that the competition on the ground did not hijack their respective foreign policies towards the other party. Indeed, in all three of the above cases, compromise was reached, with the two former imperial rivals charting a common course of action.

This suggests that Putin, who had his own summit with Biden in Geneva on 16 June, is probably not worried about Erdogan’s pro-Western tilt. He is perfectly aware that Turkey’s relations with the US as well as Europe remain fractious, and that the next spat down the line could well result in a turn towards Russia. Moreover, Ankara’s policymakers are fixated on the vision of a post-Western world where ambitious middle powers wheel and deal with emergent revisionist actors such as China and Russia. There will be plenty of opportunities for the Kremlin to score points in the future. Last but not least, Turkey needs Russia as an economic partner. The coronavirus pandemic and the suspension of charter flights bringing Russian tourists to Turkish coastal resorts is hurting local business, in a similar manner to the ‘jet crisis’ of 2015–6. In short, Ankara and Moscow are not getting a divorce.

What Erdogan really wants is to shape the relationship with Russia on his own terms. He is leveraging NATO and the US to this end, just as he has been leveraging Putin to bargain with the West. This strategy makes perfect sense from Ankara’s perspective. Whether it works, however, is another matter. Judging from his tête-à-tête with Erdogan, Biden does not seem swayed.

Post Views: 117
Previous France, Germany and the ‘Russia Engagement’ Game
Next China’s nuclear deterrence buildup cannot be tied down by the US: Global Times editorial