China’s nuclear deterrence buildup cannot be tied down by the US: Global Times editorial

Commenting on a report in the Washington Post about China’s nuclear capability building, US State Department spokesman Ned Price said on Thursday that the build-up of nuclear forces had become more difficult for China to hide and it appeared to be deviating from decades of nuclear strategy based on minimal deterrence. Price said China’s nuclear arsenal “will grow more quickly, and to a higher level than perhaps previously anticipated.” “This build-up is concerning,” he noted.

The Washington Post reported on Wednesday that China has begun the construction of 119 nearly identical sites in a desert near the northwestern city of Yumen, Gansu Province. The report quoted Jeffrey Lewis, a researcher at the James Martin Center for Nonproliferation Studies in California, asserting that judging from commercial satellite images, these construction sites contain features that mirror those seen at existing launch facilities for China’s arsenal of nuclear-tipped ballistic missiles. It claimed that China is building more than 100 new missile silos, which, if completed, would represent a “historic shift” for China’s nuclear arsenal.

Lewis said that the silos are probably intended for DF-41 intercontinental ballistic missiles which can carry multiple warheads and reach targets as far as the US mainland.

Since the beginning of this year, some US and Western organizations have continuously revealed various assessments claiming China is increasing nuclear warheads, building nuclear triad capacity and constructing new silos. The US has also repeatedly raised these issues based on speculative information. Their purpose is obvious: to exert public opinion pressure on China’s nuclear deterrence building and force China to respond to their speculation. They aim to hamper China’s nuclear capacity building by making an issue of it and putting China in a passive position to defend itself.

For instance, by accusing China of building new silos or increasing nuclear warheads, those US and Western organizations may create in the public an impression that China shouldn’t do that, even though China could deny the accusations.

Some forces in the US and West aim at such a scenario, in which China is forced to give up nuclear deterrence development to avoid being caught by them. In that case, their accusations on China will become “international morality,” while China has to exercise stricter self-discipline.

It’s unknown whether the Washington Post report corresponds to the real situation. But generally speaking, silos are normally used for liquid-fuel intercontinental missiles. Such missiles are high-thrust and long-range, and could carry higher-yield nuclear warheads. Silos provide good conditions for the storage and maintenance of missiles and are able to shorten launch time under emergency situations. However, Lewis assumed that the “silos” in Gansu are intended for DF-41 intercontinental ballistic missiles. In reality, DF-41 is solid-fueled and is loaded on high-mobility launcher vehicles. The necessity of putting it inside a silo is questionable. Therefore, the latest accusations by Washington Post and the US State Department over China cannot hold water.

We suggest China ignore the information and accusations by the US and the West. China must not be led by the nose. Let them say whatever they want to say and make speculations. This can also be seen as a way for China to realize nuclear deterrence at the current stage.

The US wants China to stick to the line based around minimal deterrence. It’s true that China has said it keeps its nuclear capabilities at the minimum level required for national security. But the minimum level would change as China’s security situation changes. China has been defined as the top strategic competitor by the US and the US military pressure on China has continued to increase. Therefore, China must quicken the increase of its nuclear deterrence to curb the US strategic impulse. We must build credible nuclear second-strike capability, which needs to be guaranteed by enough nuclear warheads.

China’s security situation is changing rapidly. The US has the strategic ambition to subdue China. Once a military confrontation between China and the US over the Taiwan question breaks out, if China has enough nuclear capacity to deter the US, that will serve as the foundation of China’s national will. We are facing different environments and risks from the past. The calculation methods for the minimum level must also be different. Regardless of what the US says, China must be sober and firm about what it should do.

Post Views: 234
Previous What Erdogan’s Tilt to the West Means for Russia–Turkey Relations
Next Austin Approves Plan to Transfer Authority, Retrograde Should be Done by End of August 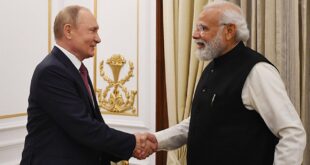 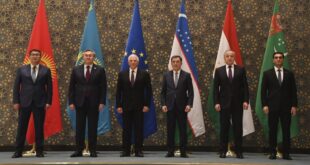 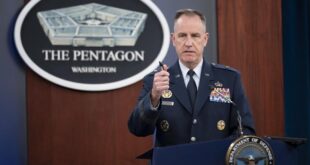