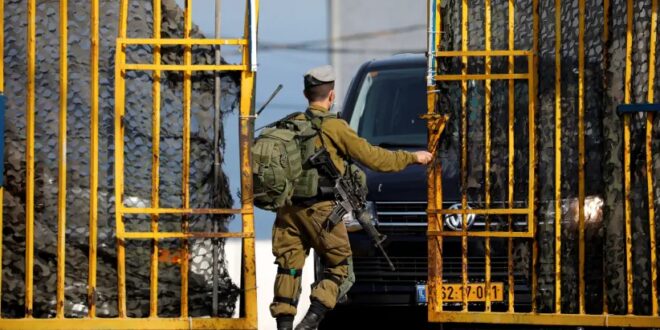 “As an Israeli, as a Jew and as a human being, my heart aches seeing the images of people going hungry on the streets of Lebanon.”

Defense Minister Benny Gantz has offered to assist Lebanon as it continues to suffer from a worsening economic crisis.
“As an Israeli, as a Jew and as a human being, my heart aches seeing the images of people going hungry on the streets of Lebanon,” he wrote Sunday on Twitter. “Israel has offered assistance to Lebanon in the past, and even today we are ready to act and to encourage other countries to extend a helping hand to Lebanon so that it will once again flourish and emerge from its state of crisis.”

Lebanon is suffering from a worsening economic crisis, with violence and protests breaking out in cities around the country as basic services collapse. Electricity outages and gas shortages are commonplace.

More than half of Lebanon’s population is living in poverty, and its financial crisis is likely to rank in the top 10, and possibly even the top three, most severe crises in the world since the mid-1800s, according to the World Bank.
“The increasingly dire socioeconomic conditions risk systemic national failings with regional and potentially global effects,” the World Bank said in a report last month.

Lebanon’s gasoline crisis could be addressed within a few days if it would just accept Iranian oil shipments, which are under sanctions by international law, Hezbollah leader Hassan Nasrallah has said in recent weeks.

Hezbollah will eventually negotiate directly with Tehran and import Iranian oil through the Port of Beirut if the Lebanese government does not begin “bearing its responsibility,” he said.

Such a move could bring Iranian fuel tankers not far from Israel’s shores.

This is not the first time Israel has offered to help Lebanon in times of crisis.

Gantz and other Israeli officials reiterated Israel’s offer for aid at the time.

Lebanese President Michel Aoun and his daughter, Claudine Aoun Roukoz, have expressed openness in the past to some form of peace with Israel.

If border disputes with Israel and issues with Palestinian refugees were resolved, Roukoz said in an interview with Al Jadeed TV last October, she would “not mind that the Lebanese state makes peace with Israel after the demarcation and the guarantee of resources.”

Last August, when asked whether Lebanon would consider making peace with Israel, Aoun said: “That depends. We have problems with Israel, and we have to resolve them first.” He did not specify what problems would need to be resolved.

Lebanon and Israel have conducted US-mediated negotiations concerning the maritime border between the countries’ exclusive economic zones over the past year.

Post Views: 235
Previous Lebanon has entered a cycle of unending crisis – analysis
Next Bennett and Putin agree to meet during first phone call