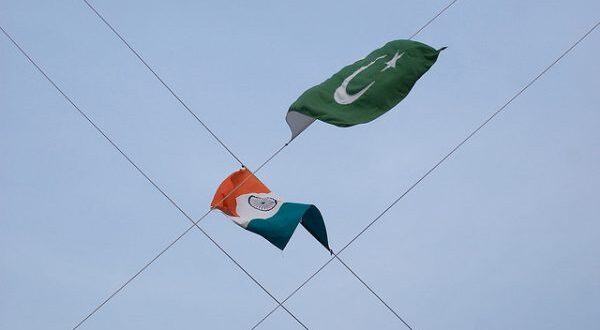 If a Pakistani hand is found behind the recent drone strikes, it could impact the nascent India-Pakistan peace process.

In the early hours of June 27, two explosive-laden Unmanned Aerial Vehicles (UAVs) crashed into the Indian Air Force (IAF) station at Jammu in the Indian union territory of Jammu and Kashmir (J&K).

While one of the explosive devices left a crater on the roof of a building, the other exploded five minutes later in an open area. Two IAF personnel sustained minor injuries. Investigating agencies have not yet found the debris of the drones, suggesting that they flew away after dropping their deadly payload.

This is the first time that UAVs have been used to strike a vital military installation in India.

Despite their relatively limited damage, the drone attacks have sent alarm bells ringing in India’s security establishment. They have highlighted the vulnerability of even tightly-guarded military installations to drone attacks.

Jammu is located just 12-14 km from the India-Pakistan International Border. The military facilities here are tightly guarded not only because of their proximity to Pakistan but also because they have come under repeated attack from anti-India terrorist groups like the Pakistan-based Lashkar-e-Taiba and the Jaish-e-Mohammed (JeM). In February 2018, for instance, JeM carried out a major attack on the Indian Army camp at Sanjuwan.

The ease with which the UAVs were able to drop explosives into the well-secured IAF station at Jammu has rattled Indian security officials.

For four days in a row drones have been spotted hovering near military areas at Kaluchak, Ratnuchak, Sanjuwan, Miran Sahib, and Kunjwani in Jammu.

Over the past two years, security forces have detected UAVs dropping off weapons for terrorists operating in J&K and Punjab in areas bordering Pakistan. Drones are being used for surveillance and smuggling narcotics as well. According to Indian government figures, there were 167 and 77 sightings of drones along India’s western front in 2019 and 2020, respectively.

Drone attacks could become the preferred choice of anti-India militant and terror groups. Not only are they a low-cost option but also, since they are small and fly low, they are “hard to detect, and expensive to interdict,” noted terrorism analyst Praveen Swami writes in Money Control. Importantly, unlike most other major suicide attacks on Indian military targets, drone attacks “do not need Pakistani nationals to be directly used. This lowers the risk of exposure [of Pakistani involvement] and international condemnation.”

Investigations are on to locate where the drones were launched. While the drones could have been launched in India, investigators have not yet found a possible launch pad – drones require an open field or a building top to achieve flight – near the IAF station on Indian territory.

Increasingly, the needle of suspicion is pointing in the direction of Pakistan and Pakistan-backed terror groups.

The Jammu attacks come at a critical time for India-Pakistan relations as well as for New Delhi’s relations with J&K.

India-Pakistan relations, which have been languishing in deep freeze for several years, began thawing only early this year. Back channel talks led by the Indian and Pakistani national security advisers resulted in the two sides agreeing in February to adhere to the ceasefire pact. Ceasefire violations have dropped in recent months.

And last week, India’s Prime Minister Narendra Modi engaged in talks with J&K’s political leaders, jump-starting the revival of the political process in the union territory. Elections are expected to be held in a few months.

It is possible that elements opposed to the normalization of India-Pakistan relations and/or of restoration of normalcy in restive Kashmir are behind the drone attacks in Jammu.

Major attacks on Indian military installations and convoys as well as civilian targets have led in the past to India downgrading relations with Pakistan or even responding militarily.

In late December 2015, Modi made an unscheduled stopover at Lahore on his way back to India from Afghanistan to wish the then-Pakistani Prime Minister Nawaz Sharif well on his birthday. It provided a shot in the arm for normalization of bilateral relations. However, days later JeM carried out a major attack on the Pathankot Air Force Station in J&K.

At the time, Indian experts urged the Modi government to not fall prey to hawkish demands at home. Instead talks between foreign secretaries should be held “and the [bilateral] dialogue resumed across the board, without preconditions,” former Indian High Commissioner to Islamabad Satyabrata Pal wrote in The Wire.

Then in September, JeM struck again. It attacked the Indian brigade headquarters at Uri, near the Line of Control in Kashmir. This time, India’s response was far less forgiving.

Eleven days after the attack, the Indian Army conducted retaliatory “surgical strikes” on “launch-pads” in Pakistan-administered Kashmir. It also withdrew from 19th South Asian Association for Regional Cooperation summit that Islamabad was hosting. Bilateral relations have worsened in the years since.

Indian analysts also say that the drone attacks in Jammu could be “retaliation” for the bomb blast in Lahore on June 23 near JeM founder-chief Hafiz Saeed’s residence. Pakistan had blamed a “hostile intelligence agency,” a euphemism for India’s spy agency, the Research and Analysis Wing, for the attack.

Whatever the underlying motivation behind the recent drone strikes, if they are indeed Pakistan’s handiwork, the nascent India-Pakistan peace process could be under pressure.

The question is whether India will respond to it as it did after the Pathankot attack or the one at Uri. 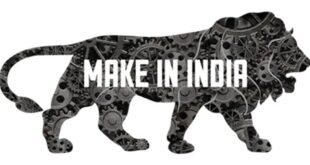