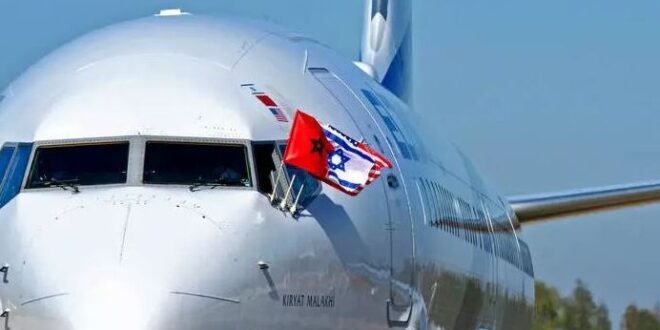 The director-general of the Foreign Ministry, Alon Ushpiz, flew to the Moroccan capital Rabat on Tuesday, as part of a diplomatic mission initiated by Foreign Minister Yair Lapid.

Ushpiz is slated to meet his Moroccan counterpart Fouad Yazur and other senior officials of the Moroccan Foreign Affairs Ministry during his trip, which comes as the two countries’ work to reanimate their diplomatic ties as part of the 2020 Abraham Accords.

Direct flights between Ben-Gurion International Airport and the Moroccan cities of Casablanca and Marrakech are also expected to start within a few weeks.

“The flights operated by Israeli and Moroccan airlines will greatly promote tourist and business travel between the two countries,” t Foreign Ministry said.

On Sunday, a Moroccan Air Force plane landed for the first time in Israel at Hatzor Airbase in the center of the country, ahead of a joint international exercise with the Israel Air Force.
The IDF declined to comment on any military cooperation with Morocco.