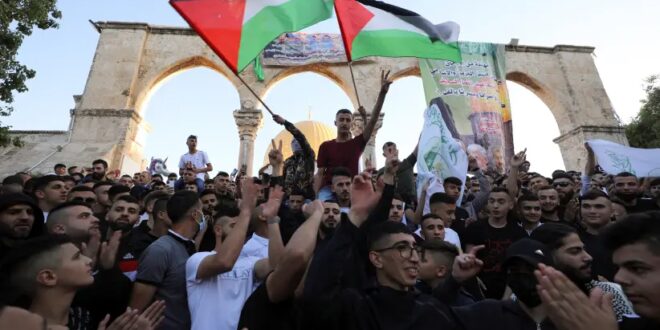 Erdan: We’ll defend our right to Jerusalem against Hamas lies

Israel will continue to defend its rights to Jerusalem against the falsehoods spread by the terror group Hamas, Israel’s Ambassador to the United Nations and the United States Gilad Erdan (Likud) told a visiting delegation of foreign envoys that he brought to the Old City on Friday.

“As a former minister of public security, I know firsthand that contrary to the lies Hamas tries to spread to justify its terror, Israel goes to great efforts to ensure that people of all faiths are able to practice their religion in peace,” he said.
“We will continue to defend our right to the Holy City, and to defend the freedom of all who want to worship here,” Erdan said.

He spoke as he stood on the rooftop of the Aish Hatorah World Center with its commanding view of the Western Wall and the Temple Mount, known as al-Haram al-Sharif (the Noble Sanctuary) in Arabic.

Just two months ago, Hamas launched rockets at Israel in response to unrest in Jerusalem, including reports that Muslims had been denied the right to worship at the Aqsa Mosque compound on the Temple Mount.

The rockets led to an 11-day war known as Operation Guardians of the Wall. Now in its aftermath, Erdan, who is typically stationed in New York, has returned to Israel with a group of ten foreign ambassadors stationed both in Washington and at the UN.

He plans to take them to Israel’s southern and northern borders so they can see the threats faced by the Jewish state, both from Hamas in Gaza and Hezbollah in Lebanon.

Erdan started the trip in Jerusalem, so he could show the ambassadors that the Old City is open to worshipers of all three religions; Jews, Christians and Muslims.

A large part of his role at the UN has also been to defend Jewish ties to the city, against a persistent Palestinian and Arab drive to claim that the Temple Mount is exclusively Muslim.

The best way to combat attempts to delegitimize Israel by branding it as a colonial power is to “highlight” the deep roots of the Jewish people to the land and “above all, Jerusalem,” Erdan explained. He was certain that after such a visit, it would be difficult for the envoys to support any initiative that weakened Jewish ties to Jerusalem.

“I hope it will help in the future,” he said.

Erdan said he has also had to work against initiatives that sought to deprive Israel of its right to self-defense.

“After Operation Guardian of the Walls I decided that this is the right time to start focusing on bringing UN ambassadors, and ambassadors that represent their countries in Washington, to experience [the situation] first hand,” he said.

On Tisha Be’Av the delegation will participate in a special Holocaust Remembrance program at Yad Vashem, arranged by International March of The Living, which is a co-sponsor of their visit.

Among the diplomats participating in the trip were envoys from Australia, Argentina, Bhutan, Czech Republic, Dominican Republic, Hungary, Kenya, Guatemala, Ukraine and Tonga.

“We hope that the participants will come away from the experience with a deeper and more realistic perspective of Israel and the threats it faces, as well as an appreciation for the rich and diverse culture of the State of Israel,” AZM president Deborah Isaac said.

“The American Zionist Movement looks forward to forging new and lasting friendships with the members of the delegation and their host countries.”