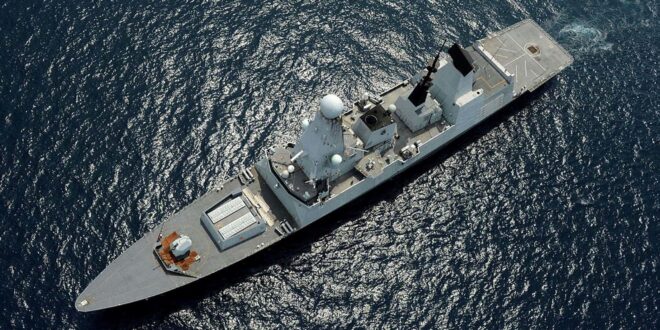 As China Poses Challenges, Europe Makes its Presence Known in the Indo-Pacific

A German frigate that left the country yesterday for the Indo-Pacific region will be Berlin’s first warship to cross the South China Sea in almost 20 years. This follows the United Kingdom’s late July announcement that two of its warships would have a permanent presence in the Indo-Pacific. Currently, the U.K. has a highly publicized carrier strike group in the region, featuring the largest U.K. warship ever deployed. And earlier this year, France deployed an amphibious ready group through the region — accompanied by the February revelation that a French nuclear attack submarine had completed passage through the South China Sea. Although the U.S. naval presence in the region is well known, Europe’s has received much less attention — that is, until recently.

Why does this matter?

It’s useful to remember that a European naval presence in the Indo-Pacific region is not new, but that these high-profile announcements are taking place in a new context in which Europe has more clearly recognized the security challenges posed by China’s rise and the threat to international rules and norms presented by its behavior in the South China Sea and elsewhere. Europe certainly also recognizes the economic benefits of engagement with China and the potential for fruitful cooperation on global challenges, but European views have become more attuned to security concerns surrounding China in recent years.
What is the European footprint in the region?

There’s actually quite a bit going on. First, there are regular temporary deployments — like the German frigate, the U.K. carrier strike group and the French amphibious ready group — that travel throughout the region and make port visits, join exercises with the United States and other regional partners, and participate in existing multilateral efforts like naval monitoring of U.N. sanctions on North Korea or the multinational counter-piracy Combined Task Force 151 in the Indian Ocean. In the future, it will be interesting to see if more European nations like the Netherlands send their own deployments of this kind. There is already a Dutch frigate sailing as part of the U.K. carrier strike group now.

Second, there are the permanent assignments of assets to the region. This is the category the United Kingdom’s two warships would be joining. Similarly, France already has 12 ships, 7,000 troops and a number of aircraft based in the region.

Beyond these deployments and assignments, there are also intermittent NATO and EU missions, like NATO’s former Ocean Shield and the EU’s current Operation Atlanta — both counter-piracy efforts in the Indian Ocean. Additionally, NATO has established formal security partnerships with key countries in the region that are also important U.S. partners, namely Japan, South Korea, Australia and New Zealand.

It’s important to note that this is all taking place in the context of increased interest in the region for working with European partners. Japan and South Korea, for example, have concluded acquisition and cross-servicing agreements in the past few years with various European countries that enable their militaries to exchange supplies, logistics support and services. Japan passed legislation in 2015 that allows its Self-Defense Forces to cooperate with European (rather than only U.S.) partners responding to military contingencies in the region. Japan also conducted the first bilateral military exercises on its soil involving a partner other than the United States with the United Kingdom in 2016 and 2018. So, there is a fairly extensive framework of collaboration and presence already in place.
What are the motivations behind this European presence?

China is certainly a factor. France and the United Kingdom have both openly questioned China’s claims and actions in the South China Sea and view the country as a systemic rival or competitor. The EU and NATO have also issued official language recently that newly characterizes China as a cause for strategic concern, with the EU calling it a systemic rival and NATO asserting that it presents “systemic challenges to the rules-based international order.” Showing up in what China considers to be its neighborhood and sailing military vessels near contested waters claimed by China asserts these countries’ rights and intentions to be present in the South China Sea despite China’s claims. This also aligns with U.S. interests vis-à-vis China and working with allies and partners to address challenges posed by China.

Beyond China, Europeans also have other reasons to be present in the region. Both the Indian Ocean and the Asia-Pacific host sea lanes that handle a significant portion of Europe-Asia trade. Additionally, the region is a top recipient of EU development assistance and one of the most economically dynamic in the world, producing more than half of global GDP. France, Germany, the Netherlands and the European Union have all issued Indo-Pacific strategy documents in recent years that reflect this variety of interests. Similarly, the United Kingdom’s 2021 integrated policy review document describes the country’s “tilt to the Indo-Pacific.”

France and the United Kingdom both also hold overseas territories in the region, (although in January 2021 the International Tribunal for the Law of the Sea ruled that the U.K.-administered Chagos Archipelago actually belongs to Mauritius). France’s holdings particularly are quite significant and include La Reunion, Mayotte, New Caledonia, French Polynesia and Wallis and Futuna. The United Kingdom has also been projecting the foreign and defense policy image of a “Global Britain” since its departure from the European Union and a permanent presence in the region helps reinforce that image.
What kind of a message do these deployments and assignments send?

The United Kingdom, France and Germany have all emphasized that their engagements in the region are in part intended to deepen ties with partners there. The United Kingdom and France have also been explicit about their intent to uphold freedom of navigation. More generally, these deployments and assignments demonstrate Europe’s willingness and ability to project military power and maintain assets in the region. And although Europe has demonstrated this capability before, with a number of European navies participating in both the NATO and EU counter-piracy missions in the Indian Ocean, these latest announcements are a useful reminder — and one more pointedly issued after the various European articulations of the challenges posed by China. This may also be seen as especially important as tensions flare over Taiwan.
How has China reacted?

China’s reaction, predictably, has been defensive. It sees any foreign presence in and around disputed waters as a hostile action and is generally wary of foreign navies’ presence in the South China Sea. More broadly, China is troubled by multilateral pushback on its claims and activities in the region. China has developed a narrative around U.S. bullying and threat-mongering against Beijing. But it becomes harder for China to maintain this kind of dismissive narrative when other countries are also raising concerns, making multilateral engagement inherently more effective. 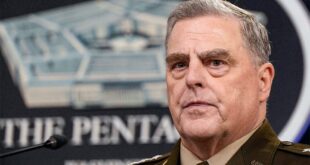