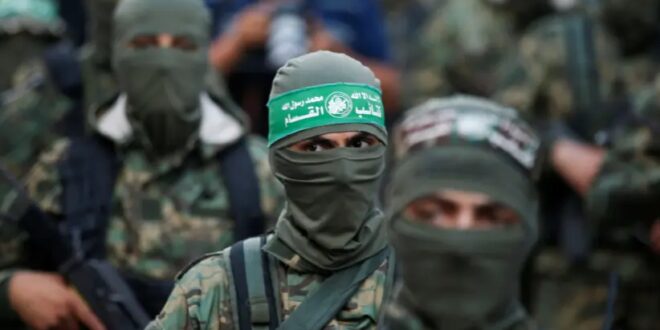 Tensions and failed negotiations on Qatari aid are bringing Israel and Hamas closer toward another open conflict, according to Palestinian sources.

Israel and Hamas are headed toward another round of fighting, as international mediators appear to have failed to achieve a breakthrough on bringing Qatari aid money to the Gaza Strip and on the easing of Israeli restrictions, Palestinians warned on Sunday.

Israel’s failure to ease restrictions and facilitate the reconstruction of homes destroyed during the 11-day war with Hamas in May means that the countdown for another military confrontation has begun, the Palestinians said.

Several Palestinian factions are scheduled to hold a meeting on Monday in Gaza to discuss their next moves in the absence of a solution to the delivery of the Qatari grants to some 100,000 Palestinian families.

The factions have rejected Israel’s demand to link the easing of restrictions to a prisoner exchange deal. Hamas has been holding the bodies of IDF soldiers Hadar Goldin and Oron Shaul since 2014. In addition, Hamas is holding two Israeli citizens who entered the Gaza Strip on their own in 2014 and 2015.

The Palestinian Authority insists that its Ramallah-based government should be the only party responsible for the delivery of the Qatari funds and the reconstruction work in the Gaza Strip.

Palestinian banks, however, have reportedly refused to transfer the money to Gaza for fear of being exposed to lawsuits for funding terrorism.

Sources close to Hamas said that the mediators recently discussed the possibility of transferring the aid money through the United Nations.

“The Palestinian factions are very close to reaching a decision to escalate the situation along the border with Israel,” the sources said, noting that Hamas was not opposed to the UN playing a role in the transfer of the Qatari funds or the reconstruction work.

The sources said that Hamas and other factions, including Palestinian Islamic Jihad, have informed Egyptian, Qatari and UN mediators that the situation in the Gaza Strip is on the brink of an explosion.

“The factions are holding intensive consultations to discuss ways of responding to the continued siege on the Gaza Strip,” the sources added.

Palestinian political analyst Hassan Abdo said that the ongoing Israeli “siege” and “procrastination,” and the failure of mediation efforts will drive the Palestinian factions to escalate the situation.

Abdo told the Palestinian news website Donia al-Watan that the economic crisis in the Gaza Strip has escalated since the Israel-Hamas war in May.

He said that the Gaza-based Palestinian factions possess several options to respond to the Israeli “intransigence.”
The options include addressing the mediators to increase the pressure on Israel, and resuming demonstrations along the Gaza-Israel border, Abdo said.

He predicted that the next round of fighting with Israel would be limited to the Gaza Strip, “unless there are developments in Jerusalem, which is a red line for a regional war.”

Palestinian political analyst Hussam al-Dajani said that the Palestinian factions have no choice but to respond “in light of the difficult humanitarian situation that could lead to a popular explosion. A military confrontation [with Israel] is not the goal of the factions. It aims to draw the world’s attention to the siege and the suffering of the residents of the Gaza Strip.”

Ahed Farawneh, a Palestinian expert on Israeli issues, told Donia al-Watan that “the difficult situation in the Gaza Strip indicates that matters are headed toward escalation because the occupation is evading easing its restrictions.”

Farawneh said he expected the Palestinian factions to decide on a “gradual escalation, such as resuming the ‘night confusion’ activities [along the border with Israel] and the launching of incendiary balloons and explosive devices.”
Hamas spokesperson Hazem Qassem said on Sunday that “the continuation of the siege will lead to an explosion at any time.”

The Palestinian factions will announce “a clear position” on this matter, said Qassem. “The real tension will occur in the region if the occupation continues to tighten the siege on the Gaza Strip,” he said. “The Palestinian resistance groups cannot stand idly by when they see this siege and collective punishment imposed on the Gaza Strip, and it is the right of our people to live in freedom and dignity. We cannot compromise on this issue.”

Qassem said that the Gaza-based factions are coordinating their moves and studying their next steps according to their reading of the situation.

“We will not allow the occupation to blackmail us in exchange for our just causes, such as reconstruction, aid entry, lifting the siege, and guaranteeing freedom of movement for people and goods,” the Hamas spokesman added.
The al-Nasser Salah al-Din Brigades of the Popular Resistance Committees, which consists of various terrorist groups in the Gaza Strip, warned that the Palestinian factions will not stand idly by “in light of the ongoing Israeli intransigence and arrogance.”

It said that the Palestinian factions “will not give the enemy more time” to comply with their demands. The group called on the mediators to immediately intervene to prevent an escalation, and force Israel to abide by the understandings reached in May.

The Palestinian al-Mezan Center for Human Rights warned on Sunday of renewed violence in the wake of the international community’s “continued inability to fulfill its obligations, especially its pledges to reconstruct the Gaza Strip and lift the siege imposed on it to ensure the stability of the political and security conditions and not to return to the square of violent conflict.”

The humanitarian situation in the Gaza Strip constitutes a real trigger for renewed conflict, it cautioned.

The center accused Israel of pursuing a policy of collective punishment of the residents of the Gaza Strip after the war by keeping the border crossings closed.

“The occupation authorities continue to prevent the entry of most types of raw materials and goods necessary for the work of factories and industrial workshops, such as chemicals, wood, furniture products and cars, with the exception of some materials that are used in the manufacture of detergents and plastics, which contributes to an increase in the number of the unemployed and the poor,” the center said in a statement.

Last week, the Coordinator of Government Activities in the Territories (COGAT) announced that Israel will allow the entry of 1,000 merchants and 350 businessmen from Gaza into Israel. In addition, all Gazan goods can now enter Israel for the first time since the end of the May war, COGAT head Maj.-Gen, Ghassan Alian announced.

Raed Fattouh, head of the Palestinian Committee for the Entry of Goods, said that the Palestinians have not yet received a list of the goods and merchandise whose entry and export are permitted in and out of Gaza.

“With the continuation of the siege, the suffering of the victims of the military attacks during the last aggression on the Gaza Strip, who lost their homes, continues, as 8,500 residents whose homes were completely destroyed continue to be displaced,” according to the Palestinian human rights center. “In addition, about 250,000 residents whose homes were partially damaged are unable to repair their homes in light of the continuing ban on the entry of construction material into the Gaza Strip. The humanitarian situation continues to deteriorate in the Gaza Strip due to the blockade and the escalating Israeli violations.”