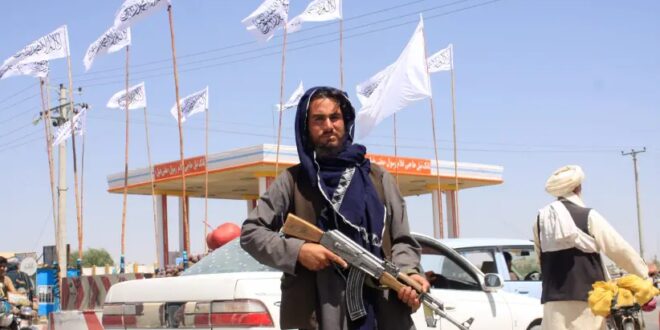 The US should have learned from IDF withdrawals – analysis

The US’s withdrawal from Afghanistan parallels Israel’s disengagements from Gaza and Lebanon – In these scenarios, a weaker force achieved victory against a more powerful one through attrition.

Twenty years after September 11, the Taliban has blitzkrieged through Afghanistan over the last month, taking province after province as the United States was withdrawing its remaining troops.

The US and NATO invaded the impoverished mountainous country in 2001 to root out the extremist jihadist group that had sheltered al-Qaeda. But President Joe Biden announced in April that he planned to withdraw all 3,000 US service members in Afghanistan by September 11 at the latest. The deadline was moved up to August 31.

Numbering 350,000, Afghanistan’s army and police force were supposed to be powerful enough to take on and stop the Taliban. Biden himself had expressed his confidence in the military, telling reporters: “There’s going to be no circumstance where you’ll see people being lifted off the roof of an embassy of the United States from Afghanistan.”
Though the Afghan military had years of training and billions of dollars and weaponry injected into it – more than $83 billion since 2002, according to The Washington Post – the Afghani troops did not even put up a fight.

In less than a week, Taliban fighters conquered one province after another, and they took control of tons of US weaponry, including drones and even helicopters.

The Taliban of 2001 is not the Taliban of 2021. Thousands of American troops have left the Central Asian country since Biden first announced the withdrawal in April. But last week, he ordered that new troops be sent to help evacuate US personnel as the jihadist group conquered their way to Kabul.

To carry out the evacuation, 3,000 US troops will secure the airport, 1,000 will be sent to Qatar for technical and logistical support, while 3,500 to 4,000 will be positioned in Kuwait to deploy if needed.

Half a world away, Israel has had similar experiences in withdrawing from territory it controlled.

Though it hasn’t invaded and occupied a country thousands of kilometers away, Israel has had two military withdrawals from lands it occupied: Lebanon and the Gaza Strip. In both instances, the vacuum created allowed terrorist groups to cement their presence and balloon into what the IDF now calls terrorist armies.

From the time Israel took over Gaza in 1967 following the Six Day War until it disengaged in 2005, countless civilians and troops were killed in attacks by Palestinian terrorists.

Ordered by then-prime minister Ariel Sharon and carried out by Maj.-Gen. (ret.) Gershon Hacohen, the Gaza disengagement saw the evacuation of 8,500 Israeli civilians together with 21 Jewish communities.

Less than six months later, an election held across Gaza and the West Bank was won by Hamas, elevating the movement’s leader, Ismail Haniyeh, to the Palestinian Authority’s premiership.

The election caused a rift between Hamas and Fatah, which led to an eventual split between the two groups the following year. Hamas consolidated power in the Gaza Strip, and Israel and Egypt imposed a naval and land blockade that remains in place until today.

The disengagement not only bolstered support for Hamas, it gave the terrorist group free rein to bolster and strengthen its rocket arsenal to be able to threaten deep into Israel – and not just the settlements around the enclave.
Though Hamas fired its first rockets in 2001, the near free flow of weapons from the Sinai – including rocket-propelled grenades and sniper rifles – and Hamas’s newfound freedom to locally produce the rockets have accelerated to a rate not seen since the disengagement.

Israel has gone to war with Hamas and the various terrorist groups numerous times since the disengagement, and it has had countless rounds of violence that have led to the deaths of both soldiers and civilians.

The latest round in May saw more than 4,000 rockets and mortars fired into Israel that killed 11 civilians and one soldier.

Five years earlier, in 2001, the IDF withdrew from Southern Lebanon 18 years after troops crossed the border to root out Palestinian terrorists.

While the Israeli military withdrew from most of the country in 1985, it kept control of a 1,000-sq.-km. security buffer zone 20 km. deep to prevent terrorist attacks that had plagued the civilians of the North in the 1970s and ’80s.

But under intense public pressure, prime minister and defense minister Ehud Barak made the decision that Israel would withdraw from the security belt. Current Defense Minister Benny Gantz was the one who shut the gate after all troops crossed back into Israel.

Twenty-one years later, Hezbollah has grown into one of the most powerful terrorist armies in the world, with an arsenal of between 130,000 and 150,000 rockets and missiles aimed toward Israel. Its soldiers have fought in Syria and have trained militias in Iraq and Yemen. The group is also a central part of the Lebanese social and political framework, making it almost impossible to dislodge from Lebanon’s civilian infrastructure.

It is because of the aftermath of these two withdrawals that Israel is cautious about pulling out of the West Bank, where soldiers continue to have a strong presence to prevent terrorist attacks and safeguard Israelis who have made it their home.

Israel is well aware that should it leave, the PA would disintegrate and Hamas would grab control of the West Bank. The PA, though corrupt like the Afghan government, is still able to hold Hamas at bay. For now.

The IDF withdrawal from Lebanon and Gaza sent a message to terrorist groups that there was a way to beat the Israelis: not through military operations or by diplomacy, but by wearing them down until they withdrew.

And that’s exactly what the Taliban has done. It has worn out the great and powerful US military. Just like it did to the British and the Russians.
Plus ça change…

Post Views: 67
Previous In abandoning Afghanistan, Biden shows the intervention era is over
Next Unpredictable consequences from the Afghan crisis