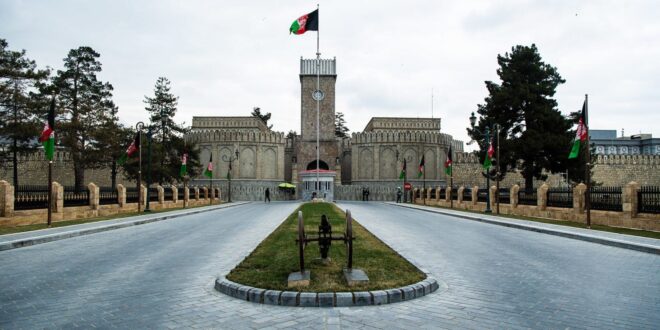 Kabul’s Victors and the Vanquished

Speculation abounds. The end of US-managed rule in the nation called Afghanistan has fueled a flood of warnings, blame, and just plain guessing about what comes next there. Liberal and neocon warmongers in the media wring their hands looking for someone/anyone to blame beside their failed imperial strategy. The far right in the US have yet to speak their piece on the so-called fall of Kabul. Perhaps they are waiting for their two primary impulses of libertarianism and military imperialism factions to fight it out. What’s left of the US antiwar movement and the antiwar left are for the most part calmly stating what they were saying twenty years ago. In other words, just get the hell out. There are a few who fear for those who collaborated closely with the US-led forces and even fewer who still pretend that the US invasion and occupation was somehow necessary for the freedom of Afghan women (the upper class ones, anyhow.) Shadows of the past leak into the conversations about the Taliban. No one has said Islamofascism yet, but a chorus is slowly building that marks the Taliban as somehow crazier than the forces fleeing Kabul; forces which truly believed they could render the land into a compliant part of the US empire. The Taliban are not crazy. They are primarily Afghans who are sick of foreign occupation. The crazy ones are the foreigners who thought they could occupy a people and a land and turn them into puppets of the US.

I think the predictions of a terrible life under the Taliban are premature. In addition, they are also based on what we have been told about the Taliban. They are mostly ignorant of the region’s history, either as the British-created nation of Afghanistan or the land of various tribes/clans, with the Pashtu being perhaps the most powerful and certainly the best known in the west. Does this mean I support the Taliban’s misogyny? Of course not, but pretending like majority of the people in Afghanistan were better under the occupation is hubristic as can be. There were elements of Afghan society who fared well. Most of them were those with whom the US felt most comfortable with. The vast majority lived outside of that sphere and faced US bombing, Taliban and other militia attacks, and US Marines kicking in their doors at two in the morning, taking away the males in the family, beating them and then destroying homes if the spirit moved them. As I wrote in a 2010 piece re-published in the newsletter of the Revolutionary Association of Women in Afghanistan (RAWA), “there will never be real progress toward a genuine peace in Afghanistan until the US and other members of the International Security Armed Force (ISAF) withdraw their forces.”

Now that the Taliban forces are apparently in charge, they have to lead. It is this transition from a warmaking entity to a governing one which will be their test. Like most every war, there will most likely be some instances of retribution by the victors against the vanquished. One hopes these are few and far between. If not, that retribution could easily become the rationale for another invasion of the land by another army intent on having its way there. Despite their portrayal as such in the Western media, the Taliban are much more than an armed militia with beards and big guns. Their version of Afghan nationalism and religious belief incorporates Afghans from all walks of life. As they move into the empty seats of power in Kabul they will be watched closely by those inside the nation, those in Islamabad, Delhi and those in Beijing. They will also be watched very closely by US military forces stationed a few hours away and ready to attack at any moment.

There are many potentialities in Afghanistan’s future. There are also many forces who want them to fail at governance. These forces include rival warlords, elements of the international narcotics trade (in governments and otherwise), much of the US political/military establishment, and those in other capitals around the world. Even those who have supported the Taliban over the years, like Pakistan’s ISI and other foreign intelligence agencies, have done so with certain goals in mind. Not all of those goals were shared by the Taliban.

The end of war is never pretty. Establishing a new order in the wake of the old is full of uncertainties. The people of Afghanistan who have little to lose no matter who is in power might breathe a bit easier for now. Those who had put their lives in the hands of the defeated regime may be doing the opposite. The new rulers hold some of their nation’s fate in their hands. One hopes they don’t squander it as surely as one hopes the US military and its allies stay out for good. The latter’s decades long rampage of death and destruction has done little but bring misery to most Afghans. Washington has proven it has little else to offer. Washington’s politicians and generals, from Jimmy Carter’s White House to the present, are criminals of the first order for their actions in Afghanistan alone. If this world were just, they would stand trial for those actions. Instead, they won’t even accept their responsibility or learn the obvious lesson of the defeat. After all, everyone knows the next war is already being planned.