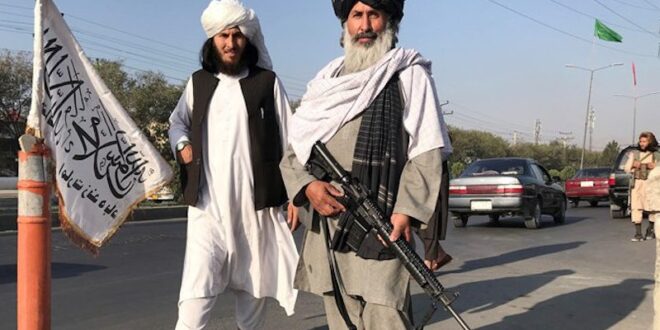 The Taliban’s takeover of Afghanistan threatens to destabilize the North Caucasus for three interrelated reasons.

First, the Taliban victory is certain to inspire Islamist rebel groups in that region of southern Russia to act, just as earlier Islamist victories in the Middle East motivated them in the past. Second, following the fall of Kabul, a large number of North Caucasians who went to Afghanistan to fight for the Taliban or one of its allies (or even its supposed opponent, the Islamic State) are likely to return to their homelands to try to promote jihad there and possibly boost their chances by earning money through drug trafficking. And third, as is often forgotten, the North Caucasus remains a breeding ground for homegrown radicals—something Russian repression has hidden but not ended, because, so far, Moscow has taken few steps to actually improve living conditions among the local indigenous peoples (see EDM, July 28).

To say this is not to suggest that a large jihadist movement is likely to reemerge in the North Caucasus or other parts of Russia anytime soon, let alone some effort to form a separatist Islamist state along Taliban lines. Rather, conditions for the growth of such a movement arguably already exist, and thus even a relatively small push as a result of the Taliban victory will create problems both for the governments of the North Caucasus republics and for Moscow. As a result, the period of relative quiet in the last few months is likely to come to an end with a new spurt of violence there and possible terrorist attacks elsewhere in the Russian Federation.

Since the fall of Kabul, international attention has focused first of all on the political, security and human rights situation in Afghanistan itself, as well as on the geopolitical consequences this development will have for great power relations. Moreover, an intense debate currently rages among observers as to whether the Taliban has really changed and whether its bloody conflict with the Islamic State will lead it to turn away from its other Islamist allies, like the Jamaat Andsarullah, the Islamic Movement of Eastern Turkestan, the Tehrik-i-Taliban of Pakistan, the Islamic Movement of Uzbekistan or the Imam Bukhara Movement, all of which have even closer links with jihadist sympathizers beyond Afghanistan’s borders than the Taliban does (Azattyq.org, July 30, 2021; Ozodi.org, August 11, 2015). But increasingly, attention has also begun to shift to the situation in Central Asia, with concerns being raised about the capacity of countries there to prevent a Taliban spillover across their borders or the return of Central Asians who had reportedly gone in large numbers to fight a jihad in Afghanistan (see EDM, October 18, 2018 and August 17, 2021; Regnum, February 12, 2019).

Reflecting on this growing awareness that the Taliban takeover of Afghanistan is echoing across a broader region, analysts around the Caspian basin have begun to focus on how the combination of the three factors listed above are going to play out in their home countries, including the Russian Federation (Kavkavsky Uzel, August 17, 18; Kaspiyskiy Vestnik, August 14). Particular attention is going to the North Caucasus where Islamists have a foothold already and are certain to be inspired by the Taliban victory. Moreover, fighters from the North Caucasus who had traveled to the Afghan war zone years earlier are now likely to return, just as they did from Syria and Iraq in recent years. Moscow has yet to come up with an effective response.

Not surprisingly, many Russian observers and analysts are worried about what is likely to happen (Rosbalt, August 17). But nearly all of them agree that the Taliban victory has raised the prestige of Islamist movements inside the region and that the likely return to the North Caucasus of those who went to fight for the Taliban will trigger an upsurge in militant activity. Intense debate persists, however, between those who view this as an immediate threat that Moscow will not be able to effectively counter and others who say both the Taliban’s own promise to move away from radicalism and the Russian government’s coercive capacities should suffice to keep the situation under control (Kavkazr.com, August 17).

Most, like Nikita Mendkovich, a specialist on Central Asia and terrorism who heads the European Analytic Club, are taking positions somewhere in between. On the one hand, he said any echoes of the Taliban in the North Caucasus are unlikely to lead to the formation of a localized caliphate-like state. But on the other hand, Mendkovich stressed that the North Caucasians who have been fighting alongside the Taliban or for the Islamic State in Afghanistan are now likely to return and bolster support for Chechen separatism; and it is “no secret,” he added, that the number of such likely returnees is large and that they are certainly going to try to continue their fight in their home regions. Moscow was seemingly unable to prevent them from going, and it is unlikely to be able to block them from returning now. They could, thus, play some potentially explosive role, such as carrying out terrorist acts to try to attract more attention to their new situation (Kavkazr.com, August 17).

Support for Taliban-like ideas and Taliban-like movements in the North Caucasus is consequently likely to grow, Mendkovich continued—another reason why the victory of the Taliban in Afghanistan hardly corresponds to the interests of Russia on its own territory. Of course, the terrorism expert argues, Moscow must recognize that any growth in Taliban-like activity in the North Caucasus is primarily the result of conditions there rather than the influence of Kabul. But under current conditions, the impact of the scenes from Kabul and especially the return of jihadist fighters to the North Caucasus could prove to be the straw that broke the camel’s back. If so, the Russian government may be forced to conclude that the fall of Afghanistan to the Taliban was perhaps an even more immediate threat to it than it has been to the United States.

Post Views: 101
Previous Iran Mullahs Closer Than Ever to Obtaining Nuclear Weapons
Next Does The Biden Administration Have A Eurasia Policy? – Analysis