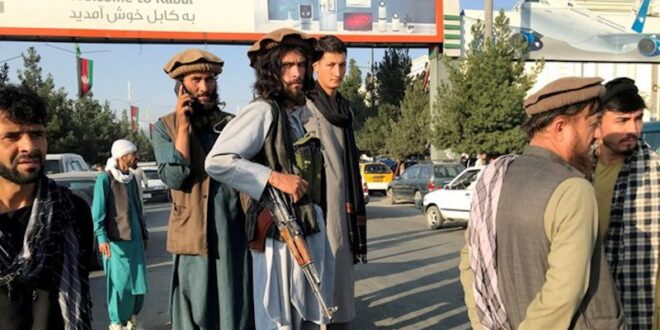 The Aftermath Of Two Decades In Afghanistan – OpEd

A loss of more than $2 trillion dollars, almost 2500 US casualties, four US presidents and two decades later, the United States, under the Biden administration left Afghanistan. However, the catch here is that it left the country at the mercy of the very group they spent twenty years trying to save it from. At last, the Taliban have gained control of Afghanistan and that too in a considerably short span of time. The big question that arises today is that what had the US worked for in the past twenty years? Moreover, considering the incredibly short amount of time the Taliban took to regain power gives rise to the question that was the US ever able to overpower the group? Had the United States been even slightly successful in the past twenty years, the Taliban would not have swung to Kabul so swiftly.

When one stomps on a spring, one is able to hold it flat under the boots but only until the boot is on top of it. As soon as one moves the boot, the spring bounces back to its original shape. So, one must not come under the impression that it has been flattened for good by a single stomp. The Afghan situation after the US troop’s departure seems like a twenty yearlong stomp of the boot, however, the spring has now bounced back to its shape. The million-dollar question now is whether the spring is bouncier than before or not.

President Biden of the United States has issued a statement claiming that the Afghan war was never meant to be about nation building and that it was only about containing Al-Qaeda post the 9/11 attack on the twin towers in New York. If this is in fact to be believed, even then the superpower seems to have missed the bulls eye mark. With Taliban gaining control of the country within a matter of days, there are speculations and serious fears of Al-Qaeda regrouping. If that is to happen, let’s say, even in the next five years then the last twenty years would be nothing more than a waste in all capacities. Moreover, when the war on terror was declared in 2001, all terrorist organizations were announced as an American enemy, including Taliban. Now that Taliban have been granted with the golden opportunity to run a state and form a government, the longest war in American history, a war of such importance might even be considered lost.

Former president Bush wrote in his memoir that Afghanistan was the ultimate nation building mission. After taking out Osama Bin Laden in 2011, the US continued to hold ground in Afghanistan so Bush’s explanation of the prolonged stay in the region seems more valid than what the current president, Mr. Biden claims. However, whether it was nation building, containment of the terrorist groups or a mere attempt to hold bases in the region, none of these probable causes seemed to have been fulfilled to the core. The chaos, fear, and sense of uncertainty among the general public serves as a sever blow to the attempts of nation building made, if any. Taliban’s quick accession to Kabul and fears of Al-Qaeda regrouping pose a serious challenge to the extent of containment achieved in the last two decades. Piles and piles of dollars, arms and ammunitions, vehicles, helicopters, and other equipment has been left behind by US troops and NATO forces all of which is now under the custody of Afghanistan’s sitting government, the Taliban. How that may be used is a serious question for security analysts of the region.

The insurgents of the past two decades are now the sitting government of the same state. The group recognized by the entire world as terrorists are now responsible for the lives, security, livelihood, and financial stability of the people of Afghanistan. What the group has practiced and promised so far is yet another aspect to be investigated in depth. However, the impacts of security in the region, refugee influx and regional peace will be quite critical.

Post Views: 106
Previous What Taliban Takeover In Afghanistan Means For Volatile Iraq – Analysis
Next What Will The Terrorism Landscape Look Like In A Taliban-Led Afghanistan? – Analysis