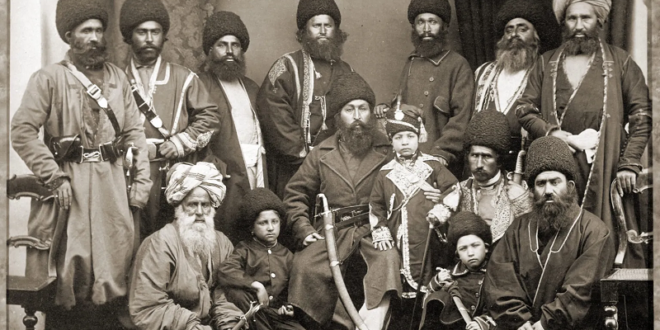 Who Really Are the Taliban? Is There a Taliban 2.0?

Who are the Taliban? We still see this question floating around a fair amount on social media and online. People also tend to confuse them with al-Qaeda. Now that the Taliban have taken over Afghanistan at a lightning pace over the last two weeks they claim to have been “reformed.”

Hallelujah! Can I get an “Amen!”

Not As Many As You Think

For a really deep dive into the Taliban, I highly recommend the book Taliban: Militant Islam, Oil and Fundamentalism in Central Asia. Ahmed Rashid, a Pakistani journalist, offers an excellent history of the Taliban. This is probably the most authoritative English language profile of them.

In Pashto, the word “Taliban” means “seekers” or “students.” Pashto is the language spoken by Pashtuns, the largest ethnic and tribal group in Afghanistan. Pashtuns, which make up 48 percent of the population, are of Iranian-Persian descent. They are also the second-largest ethnic group in Pakistan.

Most Taliban in Afghanistan and Pakistan are Pashtun. This adds to the division and rivalry between the Taliban and other ethnic tribes in the region. There are an estimated 60-70 million Pashtuns in the region. By comparison, there are an estimated 60,000-70,000 Taliban fighters in Afghanistan. This could point to a lack of popular support for the group.

What the Taliban seek is an Islamic emirate or a government based on Islam. Yet, their interpretation of Islam is a strict and extreme one.

With the intent of establishing a strict form of Islamic law, called Sharia, the Taliban have gained notoriety over the course of 25 years for their brutality and application of Sharia. Among other things, the Taliban don’t believe in art, too much free speech, democratic process, non-approved music, women or girls’ education, and so on. If women are out in public, they require that they are fully covered from head to toe. Punishments are severe, brutal, and without much due process.

Who Are the Taliban Now?

As the Taliban rapidly marched across Afghanistan, over the last two weeks, and into Kabul, their leadership has been claiming that they are working hard to be different this time. It paints a picture of an evolved and “legitimate” group. The reality, however, is different. According to many reports, executions and kidnappings of women, for sex slavery or forced marriages, have been taking place. And female journalists are being hunted in house-to-house searches.

The whole world is watching Kabul, so the Taliban have an incentive to rein in on their brutal tendencies there. As a result, their image may appear less vicious than in the past.

Nevertheless, a few days into their conquest of the capital, things seem to already be changing as protesters are being killed and checkpoints are preventing people from getting to the Hamid Karzai International Airport. Former soldiers, interpreters, and government leaders are being hunted and killed across the country.

So the Taliban are clearly not a new and reformed group willing to be more moderate, despite what some want to believe. Nor are they peaceful, as CNN reported during the take-over of Kabul. They are the same as they were before. And maybe, even worse.

The Evolution of the Taliban

Nevertheless, the Taliban have evolved. Not in the direction we would want them, though. They have had 20 years to learn, change, and, adapt.

They now have the benefit of two decades of U.S. investment and infrastructure in roads, waterworks, and cellular networks. Now they have social media smartphones, thus easier support from similar groups all over the world (probably even from Qatar, as well as Pakistan). As importantly, they now also have American weapons.

The Taliban have learned from their past weaknesses and shortcomings and their inability to govern and administer the country.

For 20 years, they have fought and become emboldened, never giving up their cause or their will to win. Rather than softening in their resolve or becoming more moderate, the opposite has probably happened. One of the main reasons the Taliban advanced on the Afghan National Army so quickly, was their will to win.

Perhaps we could call this evolution the Taliban 2.0. But make no mistake, the Taliban are not kinder and gentler compared to a generation ago. Instead, they are more sophisticated and determined, thus more dangerous.

We now know they never intended to meet any agreement struck with the United States. And this is a problem. They still work with and harbor other international jihadist fighters and extremist groups, even though they say otherwise. Not only do the Taliban still work with and welcome al-Qaeda fighters, but many others, too. Chinese, Chechen, Pakistani, Uzbek, Tajik, and Indian Muslim extremists still work directly with them on a regular basis. These groups share common goals. Any statement by the Taliban that they will not allow other jihadist groups residence in Afghanistan, is an outright lie.

The Taliban have now tasted victory and they will desperately hold onto their newfound power. Whatever the cost.

Who are the Taliban? Exactly who you think they are. They are exactly who they have been from the beginning. The group is a problem, and still poses a threat to security and stability. They might not themselves plan attacks on the U.S. or other countries. However, it is clear that they will aid and assist those who have that goal. They will be a force for evil in the region, and for chaos in the world.