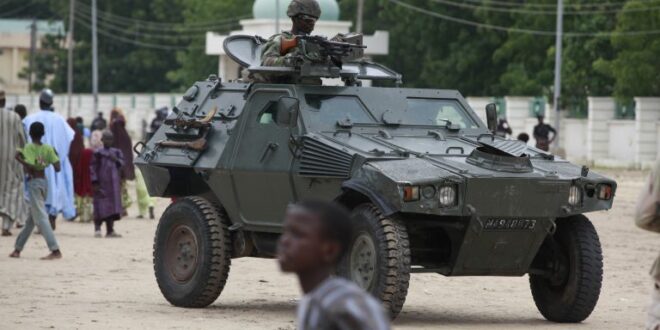 The Impact of Defections from Boko Haram

Among Boko Haram’s defectors are two Chibok abductees, proof that captives from Shekau’s faction are being driven out of their Sambisa Forest hideouts for the first time in years.

Jihadist defectors have various reasons for handing themselves over to the custody of Nigerian security forces, and these cases must be assessed on an individual basis.

Successful de-radicalization and reintegration of Boko Haram defectors could provide incentives for members of other jihadist groups to also consider defecting.

Since the Islamic State in West Africa Province (ISWAP) launched an offensive under the guidance of the so-called Islamic State’s (IS) overall leadership that killed Boko Haram’s longtime leader Abubakar Shekau in May, ISWAP has proceeded to win defections and pledges of loyalty from many of Shekau’s top commanders. In addition, Shekau’s base in northeast Nigeria’s Sambisa Forest has gradually fallen under ISWAP’s control. ISWAP carried out the killing of Shekau on orders from IS, whose leadership was frustrated with Shekau’s employment of female suicide bombers and operations that killed Muslim civilians. More than 1,000 Boko Haram members and their hostages surrendered to the Nigerian government—which offers a “safe corridor” to voluntary jihadist defectors—including two of the Chibok girls who were among the nearly 300 students abducted by Shekau’s fighters in April 2014. Between 2014 and 2021 no more than three Chibok girls had either escaped from Shekau’s strongholds or been rescued by the Nigerian army, so the recent appearance of two of them is noteworthy.

In 2016, Nigeria launched Operation Safe Corridor, a program to help deradicalize Boko Haram defectors and reintegrate them into civilian life, an opportunity many jihadists have taken advantage of in the wake of Shekau’s death. However, the sudden surrender of the Chibok girls, their jihadist “husbands,” and hundreds of other Shekau faction fighters to the Nigerian government raises questions surrounding the motives of defectors. Suspicions exist, for example, that life has simply become unbearable in Boko Haram’s hideouts since ISWAP killed various Shekau sub-commanders—Shekau loyalists may simply be trying to exploit Nigeria’s de-radicalization program for the benefits of shelter and nourishment. Others may resent ISWAP for its role in Shekau’s death and no longer want to be part of the late Shekau’s holdouts, but do not want to join ISWAP or rescind their extremist ideologies either.

Given the myriad of reasons for defections from Shekau’s faction, the Nigerian army, government, and de-radicalization officials must avoid any one-size-fits-all approach to handling the defectors. Some defectors, for example, may be able to provide intelligence about the remaining holdouts’ locations, but also on bases that have now been handed over to ISWAP. The interaction between some Shekau loyalists and ISWAP members during negotiations before the offensive to capture Shekau also indicates that some defectors may know the locations and identities of ISWAP’s key commanders. Historically, Shekau’s faction has even leaked information to Nigerian intelligence so they could root out jihadist rivals. This may continue after his death, but it may come at a cost, including the reduction of penalties imposed on the defectors who are willing to speak, which could anger victims of the jihadist conflict, who want militants to be held accountable for their crimes. Other defectors, including civilians who lived under Shekau’s rule, may be able to speak out about the horrors they experienced, which can further reinforce to the Nigerian citizenry the need to prevent recruitment to the Boko Haram rump faction.

With the ongoing wave of defections from Shekau’s faction, it is time to put in place best practices and lessons learned from the past five-plus years for this new campaign. Since launching Operation Safe Corridor in 2016 to provide terrorists with a safe exit from jihadist groups, the Nigerian government has rehabilitated nearly 1,000 fighters. The program has been met with resistance from some Nigerians, and many former fighters have returned to Boko Haram after being rejected by host communities. The Nigerian government will likely need to take additional steps to achieve longlasting results through programs like Operation Safe Corridor, but these are steps worth taking. Successful de-radicalization and reintegration of Boko Haram defectors could provide incentives for members of other jihadist groups to also consider defecting. While there are few reports of ISWAP defections, if ISWAP members learn that they, too, can defect, avoid severe penalization or retribution, and rejoin society, then the current wave of defections could potentially extend to ISWAP as well.

Post Views: 69
Previous Implications of the Fall of Kabul and the Taliban Takeover of Afghanistan
Next Who Really Are the Taliban? Is There a Taliban 2.0?