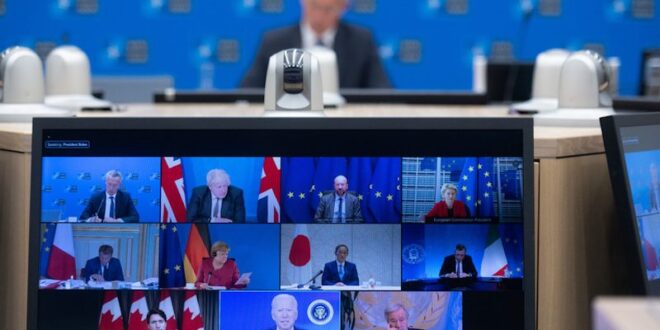 NATO Secretary General Jens Stoltenberg took part in the virtual summit of the Group of Seven (G7) on Afghanistan on Tuesday (24 August 2021). He stressed the importance of keeping Kabul airport open in order to continue evacuations.

Stoltenberg said that several hundred NATO staff and contractors have been providing critical services, such as air traffic control, fuel supply, and communications at the airport. He added that NATO has also taken on a coordinating role to ensure that people can be evacuated as effectively as possible.

Stoltenberg said that it was important that gains made by the Afghan people in the past 20 years with the considerable support of the whole international community are preserved. He recalled that NATO’s main priority was to make sure that Afghanistan does not serve again as a platform for international terrorists to attack our countries.

Stoltenberg stressed that Al Qaeda is degraded, and there has been no terrorist attack on NATO Allies organized from Afghanistan since 9/11.

Acknowledging that the terrorist threat could re-emerge, Stoltenberg said NATO Allies would continue to combat international terrorism and ensure that Afghanistan does not again become a safe haven for terrorist groups.