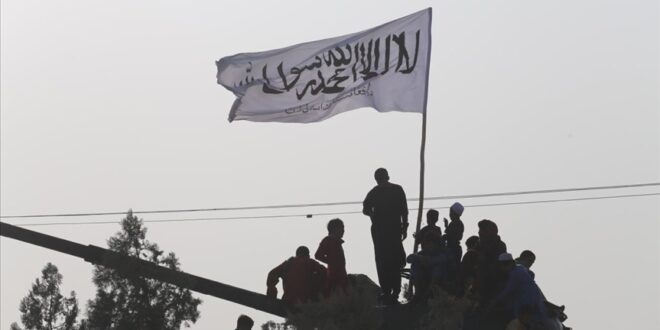 US had asked to use its military bases in South Korea to house Afghan refugees, says Seoul

The Taliban said Afghanistan and South Korea can mutually benefit from the war-torn country’s untapped mineral fields as the group seeks to strengthen economic ties with the East Asian nation reputed for its electronics industry.

“Afghanistan is replete with untapped mineral resources…Korea as a leading world manufacturer of electronics can work with our country based on mutual interests, where we can also serve as an economic corridor connecting South and Central Asian countries,” Abdul Qahar Balkhi said in an interview with South Korea’s Yonhap News Agency.

Balkhi, a fluent English speaker, is a member of the Taliban’s Cultural Commission.

The statement came amid Seoul’s efforts to evacuate some Afghans from Kabul.

South Korea’s National Security Adviser Suh Hoon told parliament that Seoul was “considering various options to provide refuge to Afghans who worked with South Koreans in Kabul, including the possibility of bringing them to Seoul.”

“We perceive this as a problem and have a national obligation to provide them with a safe haven. We are considering measures, including the option of transporting them here,” said Hoon.

Urging Seoul to “look to the future and not live in the past,” Balkhi said the Islamic Emirate of Afghanistan hopes “not only to be recognized by [South] Korea but the entire world at large as the legitimate representative government of the people of Afghanistan, who have gained their right of self-determination from a foreign occupation.”

He added that the Taliban would “absolutely like to meet with the leaders and businessmen of Korea and strengthen both economic and people-to-people relations between both peoples and countries.”

In the past 20 years, South Korea has carried out various humanitarian projects, including building a general hospital in Afghanistan, the country’s Foreign Minister Chung Eui-yong told South Korean lawmakers.

“There are a number of Afghans who participated or provided support in the process. The government [therefore] is mulling various ways over the option of bringing them safely to our country [if they want to come to South Korea],” he added.

Earlier, he revealed that the US had asked Seoul about using its military bases in South Korea “as a housing site for evacuees from war-torn Afghanistan.”

“It is true that [the allies] did discuss the possibility at the very basic level. It, however, was not discussed seriously,” Chung asserted.

“Currently, however, there’s no such discussion underway at all,” he added.

The US has had 28,500 of its soldiers deployed in South Korea since the 1950s inter-Korean war.

Post Views: 83
Previous Who are the Taliban leaders ruling Afghanistan?
Next ANALYSIS – Afghanistan comes full circle with return of Taliban