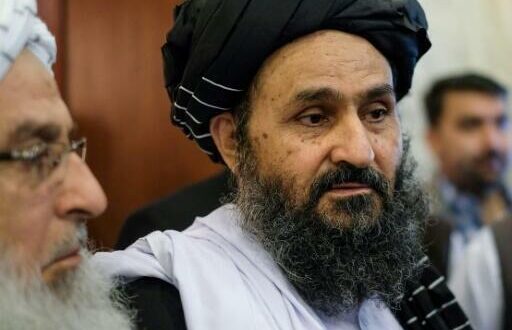 Who are the Taliban leaders ruling Afghanistan?

The Taliban stunned the world with the speed of their blitz through Afghanistan and capture of Kabul on August 15. As they surged to victory, the group tried to create an image of themselves as a more moderate “Taliban 2.0” – savvy on social media and keen for good diplomatic relations with other countries. But the profiles of the figures at the top of the Taliban’s hierarchy show their violent past is their violent present. FRANCE 24 looks at Afghanistan’s new rulers.

Akhundzada became Supreme Commander of the Taliban in May 2016, after a drone strike killed his predecessor Akhtar Mansour. Al Qaeda leader Ayman al-Zawahiri proffered his support when Akhundzada ascended to the role, hailing him as an “emir of the believers”.

Believed to have been born in 1961 in Kandahar, the Taliban’s rural southern heartland, Akhundzada took up arms in the mujahedeen’s resistance to the Soviet Union’s brutal 1979-89 campaign to prop up their puppet communist government.

After the USSR left in humiliation and Afghanistan spiralled into civil war, Akhundzada was an early member of the Taliban when it emerged as a hardline Islamist militia in the south in 1994.

He was then head of the sharia courts that imposed a cruel, fundamentalist interpretation of Islamic law on the Afghan people during the Taliban’s first spell in power from 1996 to 2001.

Afghanistan analysts see Akhundzada as a primarily religious leader – although as supreme commander he has the final say over political and military affairs.

Akundzada’s history as the Taliban’s top sharia judge makes him an apt leader for the system, based on the sharia law they are inaugurating in Afghanistan.

Baradar is at the top of the hierarchy of Akhundzada’s three deputies. Born in 1968, he became friends with Mohammad Omar as an adolescent.

After fighting the Soviets as Omar’s right-hand man in a mujahedeen battalion, Baradar joined his friend and others in founding the Taliban in 1994.

Baradar was a leading player in the notorious Quetta Shura that reportedly directed Taliban operations from Pakistani territory after the 2001 US invasion toppled the Afghan Islamists – until his capture in Karachi in 2010, which American officials greeted at the time as a possible “turning point” in their war against the Taliban.

Pakistan released Baradar in 2018 upon the US’s request. Soon after, he went to Qatar to head the Taliban’s diplomatic offices. In this role he signed the Doha Agreement with the Trump administration in February 2020 – in which the US said it would pull out all troops as long as the Taliban pursued a diplomatic solution with the Afghan government and stopped any al Qaeda operations in areas under their control.

Yaqoob is Mohammad Omar’s son and the head of the Taliban’s military activities.

As his father remains a talismanic figure for the Islamist group, Yaqoob was considered as a possible supreme commander after Mansour was killed in 2016. But – now believed to be in his early 30s – he was rejected as too inexperienced.

Some analysts see it as a sign of the Taliban command’s high regard for Yaqoob that he was chosen to step in as Akhundzada’s temporary replacement when the supreme commander contracted Covid-19 in May 2020, according to a senior Taliban figure speaking to Foreign Policy.

But other observers consider that this overplays Yaqoob’s role – and that his tenure as the Taliban’s acting supreme leader was purely symbolic, motivated by his being Mohammad Omar’s son.

Haqqani – believed to be in his mid-40s – is the leader of the jihadist group that bears his family name.

The Haqqani network was founded by Sirajuddin’s father Jalaluddin in the 1980s and dates back to the war against the USSR. They gave their allegiance to the Taliban in 1995 and became increasingly integrated into the Taliban’s war against the US and its allies from 2001 – during which they resumed the asymmetric guerrilla strategy they adopted against the Soviets, allegedly from a base in North Waziristan across the Pakistani border.

The Haqqani network also manages the Taliban’s military assets in their bases along the border with Pakistan.

Sirajuddin became the head of the Haqqani network after Jalaluddin’s death in 2018. He is on the FBI’s list of most wanted suspects, which describes him as “armed and dangerous”.

The jihadist group has been blamed for an array of terrorist attacks in Afghanistan – including the deadly 2008 Serena Hotel attack in Kabul, for which Sirajuddin Haqqani admitted responsibility.

He wrote an opinion piece for the New York Times in February 2020, soon before the signing of the Doha Agreement, trying to present a softer side to the Taliban. Haqqani started by saying that he was “convinced that the killing and maiming must stop”. Critics mocked the article, arguing that it was disingenuous.