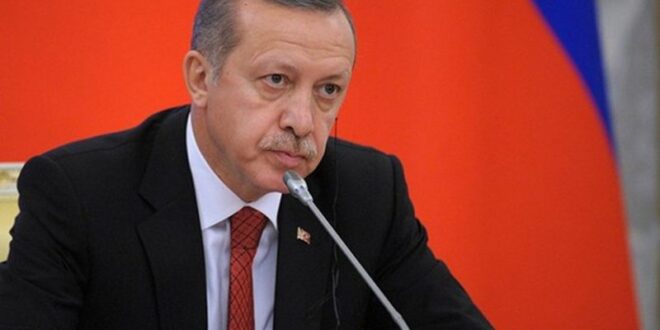 Erdogan Says Turkey Holds Talks With The Taliban In Kabul

Turkish President Recep Tayyip Erdogan on Friday said Turkey has held its first talks with the Taliban in Kabul, adding that Ankara was still assessing Taliban’s offer to run the Afghan capital’s airport.

The Turkish leader said the talks were held at a military section of the Kabul airport where the Turkish embassy is temporarily stationed.

“We have held our first talks with the Taliban, which lasted 3.5 hours,” Erdogan told reporters. “If necessary, we will have the opportunity to hold such talks again.”

Responding to domestic criticism over Turkey’s engagement with the insurgent group, Erdogan said Ankara had “no luxury” to stand idly by in the volatile region. AFP reported.

Turkey had been planning to help secure and run Kabul’s strategic airport, but on Wednesday, it started pulling troops out of Afghanistan — an apparent sign of Ankara’s abandoning this goal.

Erdogan said the Taliban now wanted to oversee security at the airport, while offering Ankara the option of running its logistics.

But, he said the suicide bombs that killed at least 85 people, including 13 US troops, outside the airport during in the last days of urgent evacuation effort Thursday showed the importance of knowing the details of how the air hub will be secured.

“They said: ‘We will ensure the security, you operate (the airport’. We have not made any decision on this issue yet,” Erdogan said.

“We will make a decision once calm prevails.”

Post Views: 63
Previous Taliban’s Attitude To ISIS Will Be Critical For US Decisions On Afghanistan – Analysis
Next Did The Taliban Win? – OpEd

In the occupied al-Bab countryside, social media users reported the defection of the so-called commander …