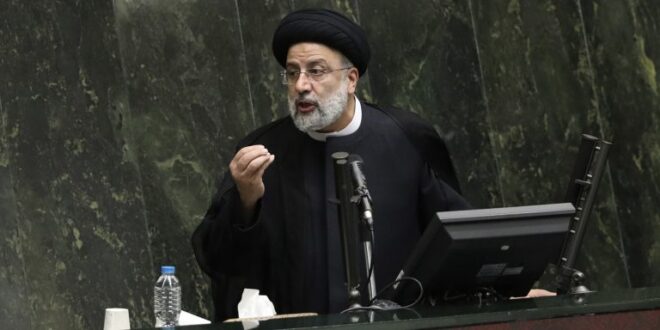 Iran is engaging Taliban leaders following their takeover in Afghanistan, hoping for stability and an end to the flow of Afghan refugees into Iran.

Tehran is heralding a U.S. humiliation and the U.S. military withdrawal, which has led to the removal of American forces from near its eastern border.

Iran is likely to try to develop leverage against the Taliban by providing support to Afghan resistance factions and Afghan communities opposed to Taliban rule.

As will the United States, Iran will closely monitor whether the Taliban grants safe haven to al-Qaeda and other Sunni Muslim terrorist groups.

Iran, not unlike the United States, is engaging the newly triumphant Taliban leaders of Afghanistan while staying focused on a troubled history with the hardline Sunni Islamist group. During its 1996-2001 rule, the Taliban repressed pro-Iranian minorities such as the Shiite Hazaras of central Afghanistan and the Persian-speaking Tajiks dominant in the north and west. In 1998, Iran mobilized for possible conflict with the Taliban regime after its fighters killed eight Iranian diplomats at its consulate during a massacre in the northern city of Mazar-e-Sharif. Iran welcomed the fall of the Taliban at the hands of U.S. intervention in 2001, and Iranian and U.S. diplomats coordinated closely in the establishment of a post-Taliban Afghan government. Iran subsequently worked with Kabul on a wide range of issues including counternarcotics, water resource usage, agriculture, housing construction, and trade with and investment in Afghanistan.

As it became clear during the Trump administration that the United States would wind down its long involvement in the country, Iranian officials began meeting with Taliban insurgent leaders, and Iran hosted a senior Taliban delegation in Tehran in February 2021. While they did not prefer the Taliban to prevail, Iranian leaders hope that the Taliban takeover will end more than forty years of civil war in Afghanistan and bring a measure of stability to Iran’s eastern neighbor. A more stable Afghanistan will presumably reduce the flow of refugees into Iran, which hosts some 600,000 documented and two million undocumented Afghans. Still, many of the Afghan refugees that have been in Iran for years will likely be reluctant to return to a Taliban-led Afghanistan.

Despite their misgivings, Iranian leaders perceive strategic benefit from the U.S. withdrawal and the Taliban takeover. Iranian leaders have always seen the American military presence in Afghanistan as a threat to Iranian national security. Iran lobbied hard, but failed, to derail the 2014 U.S.-Afghan Bilateral Security Agreement (BSA), which endorsed a virtually open-ended U.S. military presence in Afghanistan and provided for American use of Afghan bases that could potentially be used in U.S. operations against Iran. Multiple reports in recent years have accused Iran and its Islamic Revolutionary Guard Corps-Qods Force (IRGC-QF) of providing weaponry and training for certain Taliban factions fighting U.S. and Afghan forces, particularly those operating in areas near Iran. In addition to strategic successes, Tehran is also heralding the U.S. reputational damage suffered from the chaotic military withdrawal. Not only has the U.S. military left Afghanistan, removing one perceived threat to Iran, but the Taliban takeover also left the United States humiliated in the view of many observers around the world, including traditional U.S. allies. Iran’s new President Ibrahim Raisi even described the Afghan government collapse as a U.S. “defeat.” Some observers have compared the fall of the Afghan government to the collapse of the U.S.-backed Shah of Iran at the hands of the Islamic Revolution in 1979.

An analysis of Tehran’s past strategy in Afghanistan suggests that it will hedge its engagement with a new Taliban regime with attempts to build leverage against the group, should the Taliban again become hostile to Iran and its Afghan allies. Iran is likely to reprise its previous policy of supporting Afghans in northern, western, and central Afghanistan who do not support Taliban rule. Iran might try to activate the IRGC-led Afghan fighters that Iran recruited and deployed to Syria to help the Assad regime defeat its armed rebellion. Several thousand members of the so-called Fatemiyoun Brigade—an Iranian-backed Afghan Shia militia designated as a terrorist organization by the U.S. government —have reportedly returned to Afghanistan after their service in Syria. Although composed mostly of Hazaras who will surely chafe under Taliban rule, the Brigade did not appear to mobilize to try to prevent the Taliban’s takeover of Afghanistan.

Iran’s efforts to undermine the Taliban might accelerate if a Taliban-led government welcomes larger numbers of al-Qaeda or other Sunni jihadist fighters. Iran has harbored some al-Qaeda figures to avoid provoking the group, but Tehran generally views al-Qaeda, the so-called Islamic State, and their affiliates as adversaries and has combatted these groups in Iraq, Syria, Lebanon, Yemen, and elsewhere. United Nations and U.S. reports indicate that the Taliban and its Sunni Islamist militia ally, the Haqqani Network, remain allied with al-Qaeda. Iran might also increase its interference in Afghan affairs if pro-Iranian Afghan factions regroup and demonstrate momentum in undermining Taliban rule. Furthermore, Tehran has emerged as a significant regional power since the previous period of Taliban rule in the late 1990s, and Iran has numerous means with which to protect its interests from the uncertainties of a new Taliban regime.