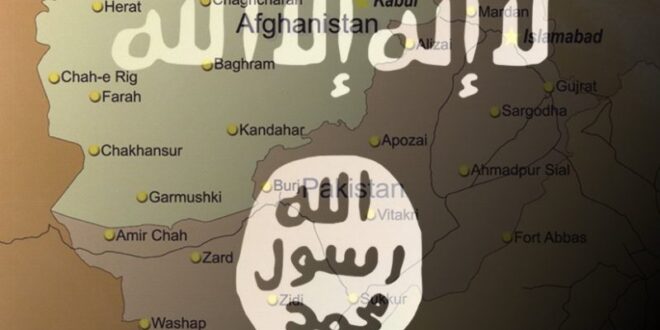 Though just two weeks have passed since the Taliban returned to power in Kabul, fear among masses, as expected, has spread like wildfire across Afghanistan, forcing thousands to run towards the Hamid Karzai International Airport in Kabul, to escape a dreaded future. Unsurprisingly, the Kabul Airport and its surroundings have since become the epicenter of violence.

Several rounds of firing near and around the Kabul Airport have been reported. However, what happened on August 26, 2021, reflects the true picture of Afghanistan’s impending future. In one of the deadliest ever attacks recorded in the country and deadliest ever in Kabul since 2001, an Islamic State-Khorasan Province (IS-KP) suicide bomber killed at least 200 Afghan nationals and 13 United State (US) service members, including 12 Marines and a Navy medic, at Abbey Gate, Kabul Airport. Pentagon Press Secretary John Kirby tweeted,

While reports claimed that there were another two explosions in Central Kabul after the airport blasts, there was no official confirmation on this.

Hours after the attack the IS-KP stated that a suicide bomber of the outfit had “managed to reach a large gathering of translators and collaborators with the American army at ‘Baran Camp’ near Kabul Airport and detonated his explosive belt among them, killing about 72 people and wounding more than 143 others, including Taliban fighters.” The death toll has since risen to 214, including the suicide bomber.

Meanwhile, deeply perturbed by the loss of 13 US servicemen, the single biggest loss for American Forces in Afghanistan since August 6, 2011, when a helicopter was shot down by an armed group with a rocket-propelled grenade, killing 30 US troops and eight Afghans, US President Joe Biden, ordered retaliation. Subsequently, on August 28, referring to US Forces’ reported killing of two IS-KP terrorists in a drone attack, including the “planner and facilitator” of the August 26, 2021 bombings, on August 28, Biden declared,

He did, however, express the helplessness of the US in Afghanistan, noting that “the situation on the ground continues to be extremely dangerous” and that another attack targeting the airport could be “highly likely in the next 24-36 hours.” Moreover, the US State Department urged all US citizens to leave the area near the Kabul Airport because of a “specific, credible threat.”

Indeed, on August 29, 2021, at least six persons, including a child, were killed in a rocket attack near Kabul Airport. Further, US Forces claimed that a US drone struck a vehicle with “multiple suicide bombers” with “a substantial amount of explosive material” on its way to Kabul Airport on August 29. The threat was consequently eliminated, according to US Central Command spokesman Bill Urban.

The IS-KP which the Afghan Government claimed had been “obliterated” subsequent to the loss of its base in Nangarhar Province in November 2019, started regaining ground after the US-Taliban deal in Doha in February 2020. Reports started emerging that disgruntled Taliban terrorists were joining the outfit.

The United Nations Security Council’s The situation in Afghanistan and its implications for international peace and security report, covering the period between February 12 and May 15, 2021, released on June 15, 2021, observed,

Names of the two northern provinces were not mentioned in the report.

The threat from IS-KP is very real, given the fact that there are growing ties between Pakistan’s Inter-Services Intelligence (ISI) and the terrorist formation. Reports confirm that, since its creation, IS-KP has been controlled by six known leaders (five of these have either been killed or arrested), of which five were Pakistani nationals. The current leader of IS-KP, identified as Shabab al-Muhajir, is an Arab national, had worked for Al-Qaeda and was a mid-level commander in the Haqqani Network, which is part of the Taliban set-up. Despite Pakistan’s linkages with the Haqqani Network and the Taliban, it appears that the ISI seeks to keep IS-KP alive and strong, for leverage as the Taliban consolidates in Kabul.

Such a consolidation appears imminent, as the US has indicated its intention to go ahead with its plan to recognize the Taliban Government. On August 27, 2021, Ned Price, the US Department of State spokesperson, when asked “should the Taliban get the Afghanistan seat at the UN?” did not rule out the possibility, arguing,

Meanwhile, mixed signals continue to emerge from the Taliban, with reports of excesses and continuing acts of cruelty, even as the leadership continues to issue statements to reassure Afghans and the international community that there will be no retaliatory action against any group, and a general amnesty was announced for all who had served with the previous regime, foreign forces, as well as the Afghan National Defence and Security Forces.

Nevertheless, the abduction, torture and eventual killing of Fawad Andarabi, a local artist, who was dragged out of his home on August 27, 2021, and killed by the Taliban in Kishnabad village of Andarab in Baghlan Province, sends out a warning that the Taliban may not have changed quite as much as some imagine. Agnes Callamard, secretary-general of Amnesty International, condemned the killing, observing, “There is mounting evidence that the Taliban of 2021 is the same as the intolerant, violent, repressive Taliban of 2001… Twenty years later, nothing has changed on that front.”

Indeed, thousands have fled the country in fear. Summing up the precarious situation, Afghan lawmaker Narindra Singh Khalsa, a Sikh who was evacuated on August 28, stated, “Everything that was built in the last 20 years is finished. Everything is over.”

On August 24, Michelle Bachelet, the UN human rights chief, stated that she had received credible reports of serious violations by the Taliban in Afghanistan, including “summary executions” of civilians and Afghan security forces who had surrendered.

Meanwhile, the Taliban, which swept through much of Afghanistan without resistance is now being confronted with a population that has become used to the freedoms and structures built over the past 20 years. As early as August 17, women took to the streets in Kabul to protest against the Taliban. Again, on August 19, Afghans marked the country’s Independence Day in demonstrations, waving the black, red and green national flag, in protest against the Taliban’s takeover of the country.

The biggest challenge to the Taliban, which is still to establish a formal ‘Government’, has unsurprisingly come from Panjshir, the only Province, out of 34 in Afghanistan, that has not fallen to the Taliban. Amrullah Saleh, the First Vice President of Afghanistan till August 15, has since declared himself as the acting president of Afghanistan, joining forces with Ahmad Massoud (the son of famous Afghan warlord Ahmad Shah Massoud, the most prominent leader of the resistance against the Taliban during its first regime), to lead the fight against Taliban under the banner of the National Resistance Front. Amidst Taliban claims that it had entered Panjshir, Saleh asserted on August 28,

Saleh added that the Taliban had “neither external nor internal legitimacy”, and claimed that they will soon face a “deep military crisis”, with other areas besides Panjshir mounting resistance against them.

Significantly, Panjshir remained out of Taliban control even during its reign in 1996-2001 and the Red Army of the erstwhile Union of Soviet Socialist Republics (USSR) had also failed to establish control over the Valley. Indeed, Ali Nazary, head of foreign relations for the National Resistance Front reiterated,

The situation in Afghanistan is deeply unstable, even as foreign powers jockey for influence with the new dispensation. Several countries, prominently including China, Russia, Pakistan and Turkey, have demonstrated an eagerness to do business with the Taliban. However, the group’s legitimacy, and consequent possibilities of significant flows of foreign assistance, currently remain in doubt, as much of the world waits and watches whether Taliban 2.0 is really going to prove itself different from its earlier avatar. The actions of IS-KP, however, have shown that peace remains a distant prospect, even as it is abundantly clear that, while the Taliban may have taken over most of the country, it is still far from establishing an effective administration even at Kabul. Afghanistan’s ungoverned spaces will continue to provide safe haven to terrorists of many hues for a long time to come – with or without Taliban support.

Post Views: 55
Previous What Afghan Scenario Means For Russian-Iranian Rapprochement – Analysis
Next The Roots Of US Failure In Afghanistan – OpEd