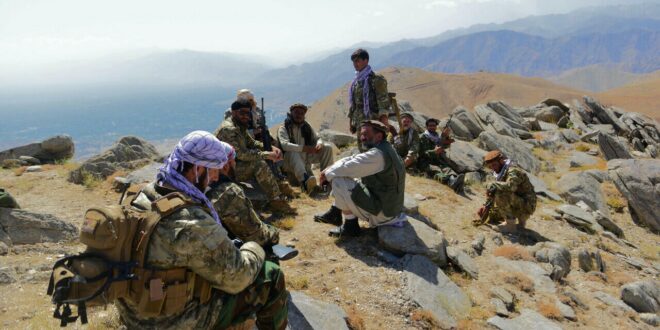 Holdout region of Panjshir poses a challenge for the Taliban

The Taliban said on Monday they had taken control of all of Afghanistan – including the Panjshir Valley, the historic Tajik bastion that neither the Soviets in the 1980s nor the Taliban in the 1990s were able to conquer. But resistance leader Ahmad Massoud – son of legendary anti-Taliban commander Ahmad Shah Massoud, known as the “lion of Panjshir” – says his forces are still holding out.

In Afghanistan, all eyes are on the mountainous Panjshir Valley in the northeast of the country, which the Taliban announced it had taken on Monday. “Panjshir, the last hideout of the enemy, is captured,” Taliban spokesman Zabihullah Mujahid told a press conference.

Massoud, however, said his forces were still fighting: “We are in Panjshir and our Resistance will continue,” he wrote on Twitter.

A spokesman for Massoud’s National Resistance Front (NRF), Fahim Fetrat, told FRANCE 24’s Observers that the Taliban had taken the valley’s towns and main thoroughfare, Saricha Road – but that the NRF was still resisting in the predominantly Tajik region’s mountains and valleys.

In a sign of his determination to take the fight to the Taliban, Massoud called on Afghans to wage a “national uprising” against the Taliban on Monday.

“The young Massoud – who can count on 9,000 to 10,000 combatants, boosted by auxiliaries – embodies the spirit of resistance against fanaticism and obfuscation, and he has a marked capacity to unite people,” said Olivier Weber, author of Massoud, le rebelle assassin (“Massoud, the Assassinated Rebel”). The book is a study of Massoud’s father, who was the leading commander of the armed opposition to the Taliban’s 1996 to 2001 rule and who was murdered in a suicide bombing two days before the September 11 terrorist attacks.

After the Taliban blitzed through the country in the first two weeks of August, numerous Afghans who were ex-army or formerly in the special forces joined thousands of local fighters in the Panjshir resistance and took weapons and ammunition with them, according to Ferat.

The Panjshir Valley is difficult terrain for outsiders to try to capture because of its forbidding topographical features – with narrow gorges between steeply sloped high mountains, providing few points of entry, the main one being Saricha Road.

This fertile region, celebrated for the quality of its local fruit, is seen as paradise by its inhabitants and a hell for those who have tried to conquer it. The Soviet Union failed to capture the Panjshir Valley during its 1979 to 1989 occupation of Afghanistan aimed at propping up a puppet communist regime. Nor did the Taliban.

Ahmad Shah Massoud was the military commander who successfully repelled both the USSR and the Taliban from Panjshir. His legend remains pervasive in the region, which has sworn loyalty to his 32-year-old son Ahmad Massoud – who returned to Afghanistan in 2016 after spending year at the UK’s Royal Military Academy Sandhurst, obtaining an undergraduate degree in War Studies at King’s College London and completing a master’s degree in International Politics at City, University of London.

Ahmad Massoud’s National Resistance Front prepared for the Taliban to come to power as the US started to withdraw. “I write from the Panjshir Valley today, ready to follow in my father’s footsteps, with mujahideen fighters who are prepared to once again take on the Taliban,” he wrote in an opinion piece for The Washington Post on August 18. “We have stores of ammunition and arms that we have patiently collected since my father’s time, because we knew this day might come.”

But Massoud added that the NRF needed outside help to repulse the Taliban, saying his “military forces and logistics will not be sufficient” if the Islamist group attacked Panjshir. “They will be rapidly depleted unless our friends in the West can find a way to supply us without delay,” he continued.

Fetrat sounded a more optimistic note. “We are in a new phase of the war. We’re entering the guerilla warfare phase now,” he told FRANCE 24’s Observers, highlighting the Panjshir militia’s past successes under Ahmad Shah Massoud. “The same thing happened during the Soviet occupation in the 1980s and the war against the Taliban in the 1990s: The enemy captured the towns but we resisted in the mountains.”

“As far as the Taliban are concerned, Panjshir is like a stain on the map of Afghanistan, because it’s the only area that’s not totally under their control, and may not be for some time,” Weber said.

“The balance of power isn’t looking good for the NRF, which is completely surrounded,” he concluded, “even though its resistance fighters have years of guerrilla warfare experience in their favour.”