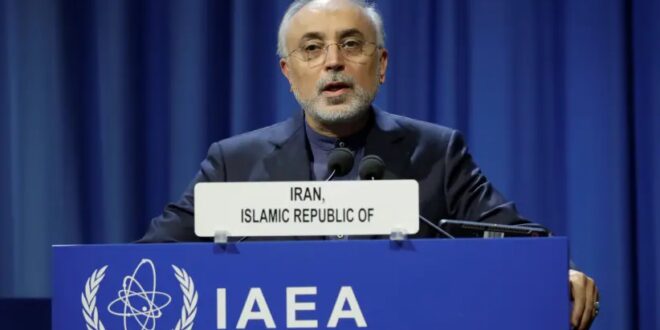 Mossad may have destroyed some IAEA equipment at Iran nuclear site

IAEA chief: We do not know how much data lost from broken cameras

An incident at Iran’s Karaj nuclear facility in June, which was attributed by many to the Mossad, may have destroyed some of the IAEA’s monitoring equipment, International Atomic Energy Agency Director-General Rafael Grossi said Monday.

He did not mention who caused the incident, but it is possible that Iran used it to take action against the agency’s equipment.

Grossi said the loss of the data was a negative development, and he seemed to disapprove of actions against Iranian nuclear facilities.

Next, Grossi said his agency did not know how much monitoring data was lost regarding Iran’s nuclear program from its broken and damaged cameras.

“We still need to see the degree of gap” of the missing data, he said, adding that he hoped other monitoring redundancies of the IAEA would help uncover any data missing from individual cameras.

Neither the Prime Minister’s Office, the Defense Ministry nor other intelligence sources responded to inquiries from The Jerusalem Post about Grossi’s implied accusation.

Grossi did not respond to questions about whether his own staff had established that the June incident had caused damage to its equipment or whether it was basing this on Iran’s assessment.

Further, he did not respond to inquiries about whether any of the IAEA’s equipment was damaged during prior explosions at different nuclear facilities in the Natanz area, which was also attributed by Iran and others to the Mossad, in July 2020 and this past April.

The big question that remains is whether the agency’s Board of Governors will take dramatic action to condemn Iran and refer its noncompliance and nuclear violations to the UN Security Council, as it did in June 2020.

Alternatively, it may postpone major moves for another three months to give Grossi’s latest negotiations more time.
It is not known when the board will announce or leak its decision, though meetings were held on Monday and are also due to be held next week.

Late on Sunday, Grossi said he had reached a deal with Iran’s new government to allow immediate “servicing” of the IAEA’s monitoring equipment, as well as plans for follow-up meetings for later in September with top Iranian officials.

However, Grossi also acknowledged that Iran would deny access to all electronic data dating back to February 24 until all IAEA and US nuclear issues are resolved.

Furthermore, Iran will not end its nuclear violations of the 2015 JCPOA deal until there is a deal with the US, he said, adding that there was no commitment to clarify questions about illicit nuclear material and undeclared nuclear sites.

Also on Monday, British Foreign Minister Dominic Raab tweeted he had held his first telephone call with Iranian Foreign Minister Hossein Amir-Abdollahian, adding that he called on the Islamic Republic to release all detained British nationals and return to the JCPOA negotiations in Vienna.

Post Views: 56
Previous Israel’s defense chiefs are working to keep the country safe
Next Why has Turkey turned to Libya’s Gadhafi family?