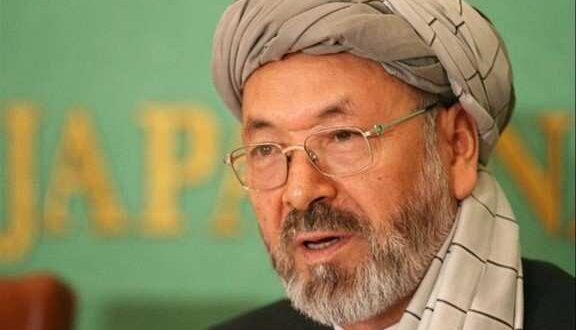 Karim Khalili, the leader of the Hezb-e Wahdat-e Islami Afghanistan (“the Islamic Unity Party of Afghanistan”), has served as the country’s vice president for two terms between 2004 and 2014. He represents the ethnic Hazara community, who are Shi’ite Muslims, a religious minority that most jihadi and non-jihadi Sunni groups consider to be outside the fold of Islam.

The Islamic Emirate of Afghanistan (the Taliban organization) does not consider Shi’ites to be Muslims but has promised to protect the rights of Shi’ites and other religious minorities – a point theologically incomprehensible to Taliban followers. “We are waiting for our leaders… Once they order, we will not let one Hazara Shi’ite alive,” declared a Taliban jihadi fighter in a video statement that circulated in the days after Kabul fell on August 15.[2]

In keeping with their anti-Shi’ite ideology, the Taliban fighters in Bamiyan province destroyed the statue of Abdul Ali Mazari, a slain Shi’ite Hazara leader, on August 19 in Bamiyan city.[3] In Kabul city, the Taliban carried out a door-to-door search in districts 3, 4, 6, 8, 10, 13, and 18, which are inhabited mostly by the Shi’ite Hazara community.[4]

Karim Khalili’s interview given to the Tass news agency becomes more important amid the growing concern that the Taliban fighters, following their jihadi ideology, will target Shi’ite Muslims.

Following are excerpts from Khalili’s interview:[5]

“Afghanistan’s Shi’ite minority, the Hazara community, will resume armed confrontation with the Taliban (outlawed in Russia) if the radicals renege on their promises and do not refrain from tyranny, former Vice President Karim Khalili, who leads the Hazaras, one of the country’s main ethnic groups, said on Wednesday [September 22].

“‘So far, we have seen (the Taliban’s) interim Cabinet, which is in no way inclusive. The continuation of this course is unacceptable for other (political) forces and ethnic groups,’ Khalili insisted. ‘This situation will definitely become unbearable for the Tajiks and the Uzbeks, and they, together with the Hazaras, will return to the battlefield,’ the leader noted.

“Meanwhile, Khalili hoped that following pressure from the global community, the Taliban would not impose their will on the entire population, and civil war would be avoided. ‘We are still striving for it and hope that the Taliban will learn from (the experience of) the 1990s and will be ready to establish an inclusive government and refrain from tyranny…’ Khalili went on to say.

“‘We must not be forced to go down the path of armed resistance in order to protect the lives and basic rights of our people,’ the head of Hazaras warned.

“According to Khalili, the developments in Afghanistan are not only an internal problem but also a threat to global security. ‘I hope that poverty, war, and drugs on the one hand and the lack of a legitimate governance system upheld by the people and the global community on the other, won’t revert Afghanistan back into a breeding ground for terrorist groups, which will not only destroy the county itself, but also pose a threat to international security,’ Khalili concluded.”