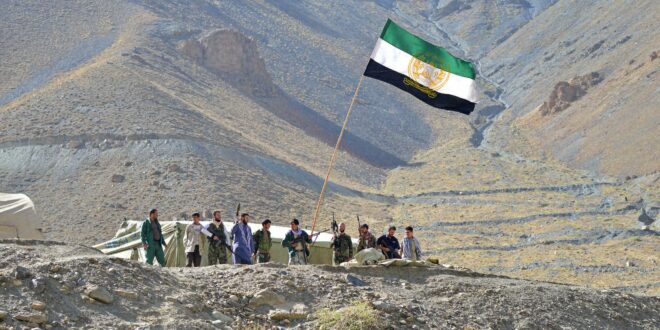 Afghan resistance has sanctuary in Tajikistan, but fighting Taliban a ‘non-viable prospect’

The Financial Times reported last week that numerous Afghan opposition leaders such as the famous Panjshir Valley commander Ahmad Massoud have fled to neighbouring Tajikistan and that they hope to use this safe haven as a base to fight the Taliban. But experts caution that the prospects are poor for any such attempt to continue the anti-Taliban resistance.

According to a Financial Times report last Wednesday, a number of prominent Afghan opponents of the Taliban are currently in Tajikistan’s capital Dushanbe, where the Tajik government is giving them sanctuary. They include Ahmad Massoud, the celebrated leader of the National Resistance Front in the Panjshir Valley; Amrullah Saleh, the ex-VP and self-proclaimed acting president of Afghanistan; and Abdul Latif Pedram, the leader of the Afghan National Congress Party.

Experts say this report is credible. “I have no doubt that it’s absolutely true,” said Christine Fair, a professor in the Securities Studies Program at Georgetown University and a former political officer with the UN Assistance Mission in Afghanistan. The reports “seem credible”, said Weeda Mehran, an Afghanistan expert and a lecturer at Exeter University. One can “assume” that those Afghan opposition figures are in Tajikistan because there has been “no denial” of the Financial Times report, added Jennifer Brick Murtazashvili, an expert on the region and an assistant professor at the University of Pittsburgh Graduate School of Public and International Affairs.

Whereas other countries in the region – notably neighbouring Uzbekistan, Russia and China – have been keen to establish decent diplomatic relations with the Taliban, Tajikistan has remained a fierce critic of Afghanistan’s new rulers.

In a major symbolic gesture, Tajik President Emomali Rahmon conferred last month Tajistan’s highest honour on Ahmad Massoud’s father – Ahmad Shah Massoud, the “lion of Panjshir” revered for holding out against the Taliban in the mountain valley region, who was assassinated on September 9, 2001. After Kabul fell on August 15 amid the precipitous US withdrawal, Rahmon warned that Taliban-controlled Afghanistan threatens to act as a breeding ground for terrorism once again: “If we leave the situation without attention, there is a risk of the 2001 situation repeating,” he said.

In power since 1992, Rahmon is the only regional leader whose tenure stretches back through the Taliban’s previous rule over Afghanistan from 1996 to 2001. Tajikistan supported the Northern Alliance’s resistance to the Taliban during this period – while hundreds of thousands of ethnic Tajiks from Afghanistan fled there to escape the Islamist militants’ rule.

A further reason for Dushanbe’s sharp anti-Taliban stance is that it is very worried about Islamist militants who have found sanctuary in Afghanistan, said Brick Murtazashvili. Tajikistan is worried about potential threats from such Tajik nationals who have “fled into northern Afghanistan”, she added. There is a “real fear that the Taliban are playing host to those militants and that they will detabilise Tajikistan.”

What is more, Rahmon is keen to present himself as a defender of Afghanistan’s ethnic Tajiks, the second largest ethnic group in Afghanistan, many of whom are opposed to the Taliban. This plays well for him domestically: his unabashed anti-Taliban stance is “popular in Tajikistan”, said Paul Stronski, a Central Asia specialist at the Carnegie Endowment for International Peace. “The government doesn’t need to worry about elections but they do need to worry about their popular credibility. And the largest minority in Afghanistan is Tajik. And you win points at home by being seen as the defender of Tajiks in Afghanistan.”

The Tajik president’s position on the Taliban has also attracted international attention, including from French President Emmanuel Macron, who invited him to visit Paris for talks on October 13. Rahmon is using his position on the Taliban to try to burnish his credentials as a wise elder statesman, Stronski said: “Being seen as a regional leader in pushing back against the Taliban really helps President Rahmon enhance his global clout. Leaders of Central Asia have a tough time engaging with senior global counterparts. So meeting big international leaders like Macron, […] someone from the West, is a boost to his credibility. It seems like he’s preparing for his son to take over, with him in a kind of ‘father of the nation’ position. This certainly seems to be setting him to look like an elder statesman. So it’s improving his credibility around the globe but also at home.”

‘Resistance in Panjshir has failed’

Afghan National Congress Party leader Pedram told the Financial Times that “we plan to announce formal resistance to the Taliban within a month” and that “we want good relations with all the countries in the region”, of which “Russia has the most power”.

But experts say there are limits to the support Tajikstan is likely to provide – never mind Russia, the historic hegemonic power in Central Asia – and that this is a key reason why any armed opposition to the Taliban across the border is highly unlikely to succeed.

“It’s one thing for Tajikistan to provide safe haven to the resistance. It’s quite another to allow its soil to be used for cross-border military activities,” said Michael Kugelman, deputy director of the Asia Program at the Wilson Center. “Is Dushanbe willing to take on the risk of being dragged into the Afghanistan conflict? Is its military prepared to play a role in fending off cross-border Taliban attacks? The answer is likely no.”

“The problem that Tajikistan is going to run into – that it didn’t have prior to 9/11 – is that prior to 9/11, Russia, India, Iran and Tajikistan were all on the same page: they were helping the Northern Alliance,” added Georgetown University’s Fair. “In this current configuration, Russia is very conciliatory to the Taliban. So there is going to be a limit to what Tajikistan is going to be willing to do, due to its relationship with Russia and the coercive pressure that Russia can put on. I don’t think we’re going to see the full-scale sanctuary that Tajikistan was for the Northern Alliance last time around.”

“This Taliban is a lot better armed, they are much more capable, they are much more lethal, they have better international ties than the Taliban before 9/11, and in contrast the Panjshiris have less support,” Fair concluded. “I do not think that the Panjshiris are going to be as successful in holding back the Taliban – and we’ve already seen that. Essentially the resistance in Panjshir has failed and they’ve retreated to Tajikistan. And I don’t see a way in which they’ll be able to retake that territory.”

“Any military opposition to the Taliban is a non-viable prospect,” added Vanda Felbab-Brown, a senior fellow at the Brookings Institution’s Center for Security, Strategy and Technology. Not only is the Taliban far stronger and boosted by far greater international support, she continued, the Afghan resistance is simply too weak and divided: “They have very limited internal organisational capacity. There is no unity between Massoud and Saleh; they are barely on speaking terms. They would have to invest in the real hard work of building up cadres from almost zero, and they relied in the September holdout in Panjshir on local militia. But the Taliban flipped those militias very quickly through military pressure and bargaining and negotiations. So Massoud’s and Salah’s forces are basically nonexistent. […] They were relying on Panjshiri militias that went away very quickly.”

At present, Felbab-Brown concluded, “if they have another battle against the Taliban, they would be using what little remains of their forces as cannon-fodder.”

Post Views: 329
Previous Be British: don’t panic
Next After Jordan, will Turkey take the plunge with Assad?