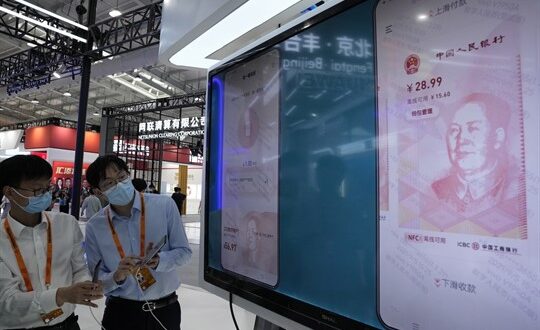 China’s Central Bank and 10 other government bodies announced on Sept. 24 that all transactions involving cryptocurrencies are now illegal, effectively banning the use of Bitcoin in the country. The move is the latest in a series of measures aimed at curbing the use of cryptocurrencies that goes back years. Trading in cryptocurrencies has been banned in China since 2019, but it has continued online through foreign exchanges. In May 2021, financial institutions and payment companies were prohibited from providing services related to cryptocurrencies, bolstering similar bans issued in 2013 and 2017.

On one level, it is unsurprising that an authoritarian government would feel uncomfortable with any decentralized, non-sovereign currency that bakes in both encryption and—at least superficially—a promise of anonymity. But there is more at play here, and the moves should also be seen in the context of two other developments: first, China’s commitments on climate change, given crypto mining’s environmental impact; and second, Beijing’s own ambitions to launch the world’s first sovereign digital currency.

Post Views: 59
Previous In Africa, Mercenaries Are Part of the Problem, Not the Solution
Next Die EU verliert ihr Selbstvertrauen