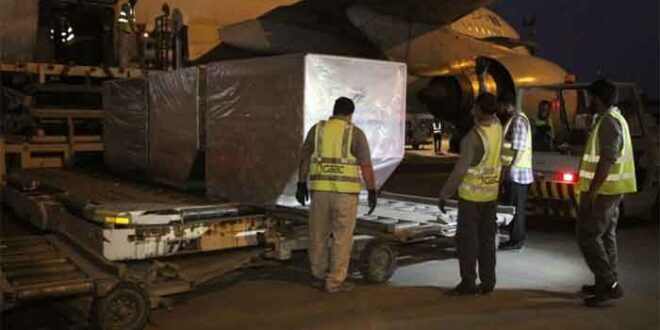 The United States regretted its inability to take part in the talks on Afghanistan in Moscow this week. The Russian side was pinning hopes on a meeting of the exclusive Troika Plus (US, China, Russia and Pakistan) followed by a gathering in an expanded format known as the ‘Moscow format’ on Wednesday.

The US State Department spokesman Ned Price said during a briefing on Monday, “We will not participate in the Moscow talks. The Troika Plus has been an effective, a constructive forum. We look forward to engaging in that forum going forward, but we’re not in a position to take part this week.”

Conceivably, he alluded to the dramatic developments at the state department over the weekend — the Oct. 15 memo to Secretary of State Blinken by the the acting inspector general at State Diana Shaw that she is launching a series of investigations into the Biden administration’s last diplomatic moves in Afghanistan and the resignation three days later by the special representative on Afghan reconciliation Zalmay Khalilzad.

Nonetheless, the meeting under the ‘Moscow format’ is going ahead on Wednesday attended by 10 regional countries and a high ranking Taliban delegation led by Deputy Prime Minister Abdul Salam Hanafi. A Russian Foreign Ministry statement in Moscow today said the meeting will focus on the developing political and military situation in Afghanistan and highlighted that the establishment of an inclusive government and efforts for a global response to prevent a humanitarian crisis will also be on the agenda.

The MFA disclosed that a joint statement by the participants will be issued after the meeting, which is symbolic insofar as it will also include will also include Afghanistan’s de facto ruler, Taliban. Incidentally, Taliban was not invited to last week’s G20 talks on Afghanistan. This is the first time that a structured meeting of regional states will be including the Taliban officials since their seizure of power in August, although no government has so far recognised the group as the country’s legitimate rulers. It is a significant step.

A CGTN commentary titled What may China and other countries do at the Moscow meeting on Afghanistan? has underscored that Chinese officials will harp on “a zero-tolerance approach toward terrorism” on the part of the. Taliban who “will be subject to its neighbours’ demands of stating its commitment to not allowing Afghanistan to be a base for terrorist groups and also working actively to prevent it from happening.”

The commentary took note cautiously, “However, despite the assurances to their neighbours, the Taliban will have to prioritise their concerns. Although they control Afghanistan, the rule is not yet fully consolidated. There are still many who oppose the rule and have protested against it. Some, like the Islamic State which is based in the country, have even targeted the Taliban for it.

“Because of this, the Taliban may well focus on those they deem a direct threat. That may mean that the Taliban invest less time and effort on behalf of their neighbours.”

Nonetheless, the Moscow meeting can be expected to make a call for humanitarian assistance and urge the US and other rich countries to free up the money that has been frozen to ease help alleviate the current crisis. The Chinese commentary hinted that notwithstanding the challenging situation in Afghanistan, the Moscow meeting’s participants “might also explore more practical measures to help boost resources and revenues for the Afghan government. That could mean looking at ways to make trade easier between Afghanistan and its neighbours, whether it is reducing paperwork on imports and exports or providing alternative financial mechanisms and channels to enable investment.”

In the backdrop of the Moscow meeting, reports have appeared that Delhi has sounded Islamabad about the logistics and feasibility of transporting 50,000 metric tonnes of wheat and medical aid to Afghanistan. Clearly, on the sidelines of the Moscow meeting on Wednesday, opportunities may arise for Indian and Pakistani officials to exchange views informally.

Indeed, if the looming crisis in Afghanistan gives impetus to Delhi and Islamabad to reach some degree of pragmatic understanding to reset their tense relationship, that will be a hugely consequential outcome of the Moscow meeting. Perhaps, it is too much to hope for. The odds may appear to be heavily stacked against it as the mutual antipathies run deep. There is no dearth of interest groups (on both sides) who strive to keep tensions alive.

In geopolitical terms too, there are contradictions. Pakistan prioritises its close, fraternal relations with China while the Indian policy has steadily gravitated toward aligning with the US’ ‘strategic competition’ with China (and Russia.) Pakistan has worked hard in the recent years to diversify its external relationships whereas India is seemingly acquiring a ‘bloc mentality’.

The point is, while the United States maintains that it has a ‘de-hyphenated’ regional policy toward India and Pakistan, in effect Washington is far from a passive onlooker. The US has high stakes in thwarting any regional processes vis-a-vis the Taliban government in Kabul. The Russian officials are not far off the mark when they question the US’ intentions in Afghanistan.

A senior columnist at the Kremlin-funded RT Finian Cunningham noted today that the geopolitical significance of the spate of terrorist attacks by the ISIS-Khorasan lately “seems clear.” Cunningham went to assess: “The surge in violence in Afghanistan is aimed at preventing the country from creating a stable government and to stifle a postwar reconstruction from cooperation with regional partners, in particular China.

“In contrast to the overtures from Beijing, Moscow, Iran, Pakistan and others, the United States has sought to throw obstacles in the way of Afghanistan’s new Taliban government.”

Yesterday, the state department spokesman Ned Price had vaguely cited logistical reasons why the US has to stay away from the Moscow conference. Let us give him the benefit of the doubt for now. To be sure, Khalilzad is leaving as an embittered man. According to New York Times, in his resignation letter to Blinken, Khalilzad wrote that the “reasons for this (resignation) are too complex and I will share my thoughts in the coming days and weeks, after leaving government service.”

Meanwhile, ‘Troika Plus’ went ahead and held their scheduled meeting alright in Moscow — minus the US, of course.