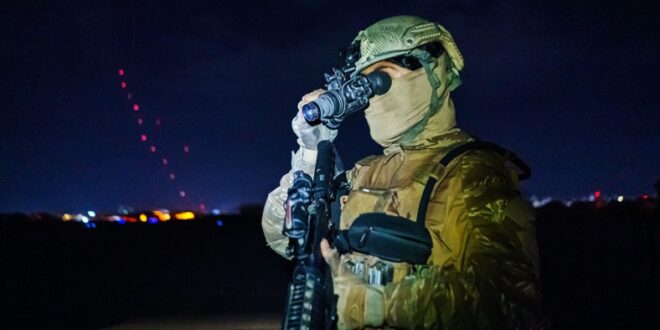 In the aftermath of the attacks of September 11, 2001, the United Nations Security Council moved swiftly and laid the keystone of an international framework of counterterrorism efforts. Twenty years later, it’s past time to rethink all of them.

Back then, the Security Council obliged states to deny terrorists safe haven and material support through Resolution 1373. The resolution is still unique in its scope, with no limits on its application in terms of groups, geography, or time. To help advance it, Security Council members established the Counter-Terrorism Directorate, or CTED. They have visited over 100 countries to assess compliance and needs, and identified gaps and challenges in their counterterrorism frameworks.

In the following years, despite attempts at reform, the UN’s counterterrorism architecture has grown increasingly Byzantine, with even the states that set it up sometimes unclear on the raft of rules and processes that govern its functions. Today, while the UN has many useful tools to address the evolving terrorist threat, the complexities of form and process mean that few people can find them when they’re most needed.

Many of the UN’s counterterrorism efforts intersect with thematic and country-specific sanctions and UN Mission mandates, yet are often treated in complete isolation from one another. In the early years, tensions around the “Global War on Terror” approach caused many pockets of the UN and other key offices dealing with political affairs, peacekeeping, and development to resist the member body’s counterterrorism efforts. Fast forward, and now there are critiques of too much counterterrorism in the UN’s business. But spend one month looking at the Security Council’s work and the stark disconnect is clear between the many violent conflicts on the body’s agenda—often including counterterrorism—and the rhetoric. The resources and information that UN bodies like the CTED or the Al-Qaeda and ISIL Sanctions Monitoring Team gather rarely factor into the country-specific discussions of Security Council members, partly because most states are reluctant to publish their CTED assessment reports.

Another body, the UN Office of Counter-Terrorism, or UNOCT, was later established to provide a single high-level focal point for multilateral counterterrorism efforts. It sits atop a vast amount of capacity-building activity, much of which remains opaque to all but those few willing to navigate lengthy UN briefings or reports, which offer little information regarding the impact of such activity. While the office has proved responsive to the demands and expectations of many UN member states, it remains unclear how much of its activities are aligned with today’s urgent counterterrorism needs and gaps, as outlined in CTED assessments or the frameworks established by the Security Council. Similar activities across many other UN agencies risks duplicating efforts and creating confusion about their boundaries and responsibilities, especially for longer-term programming. Moreover, the UN’s regular budget allocates the office little money, leaving UNOCT vulnerable to the demands of donors, rather than able to establish an independent long term plan.

For two decades, the United Nations also has been saddled with the thankless and unsexy task of forging international legal and political cooperation on counterterrorism. Bodies like CTED and the Monitoring Team have pushed states to heighten awareness of terrorist threats, including nuanced dimensions such as the roles of women, new financing methods, the role of emerging technologies and issues like biometrics, battlefield evidence, and protection of critical infrastructure. For many member states, the guidance and support put out by the UN provides important resources for capacity-development.

So there’s no need to throw the baby out with the bathwater. But to assess if or how the United Nations is positioned to manage evolving terrorist threats, such as transnational far-right extremism, it is critical for the UN system to focus on identifying what has worked, what hasn’t, and how states can make better use of the existing tools and instruments to address the threats they face.

It is a truth universally acknowledged that a UN body once set up is difficult to modify. However, in the wake of 9/11, states took extraordinarily creative steps in setting up a body like CTED, the only UN Special Political Mission to be based at headquarters. The counterterrorism sanctions regimes have also been adapted by states to reflect the realities of the day—for example, the Taliban sanctions regime being separated out from the wider “1267” counterterrorism sanctions in 2011. That was important because it created an enabling environment for negotiations with the Taliban and incentivized their engagement with the international community; yet, sanctions do remain in place, potentially complicating any foreign cooperation with the new Taliban government on counterterrorism and the delivery of humanitarian assistance in Afghanistan.

As geopolitical dynamics shift and new conflicts emerge or reemerge, the terrorist threat will shift. It will continue to grow online, fueled by disinformation and conspiracy theories, and offline in places like Afghanistan where it will be more difficult to track the terrorist threat without eyes and ears on the ground. Dismissing the UN and all that it could offer is to neglect a valuable resource; keeping it going the way it is because of inertia may be called negligence.

In the short term, states must reassess the mandates and work of CTED, the Monitoring Team, and the UN Mission in Afghanistan; these negotiations should reflect the complex intersections of threats and opportunities in Afghanistan and the region beyond. In the medium to long term, it’s time to take a long hard look at the UN counterterrorism architecture and ensure that its resources, while minimal compared to that of many large states, are effectively used to address threats of today, and not 20 years ago.

Post Views: 78
Previous Keep Your Eyes on Afghanistan’s ISIS-K
Next Tensions in Lebanon Boil Over in the Streets of Beirut