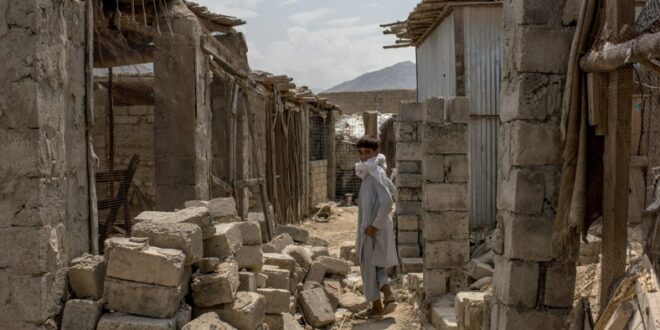 The terrorist group that calls itself the Islamic State Khorasan Province, or ISIS-K, provided one of the last searing images of the United States’ 20-year counterterrorism mission in Afghanistan when two of its suicide bombers killed thirteen U.S. troops at Kabul’s international airport, the deadliest day for U.S. armed forces in Afghanistan since 2011.

But with that attack, ISIS also meant to demonstrate that the Taliban were unfit to protect Afghanistan. Instead, ISIS’s attack hastened the final U.S. troop withdrawal from Kabul, allowing the Taliban to finalize its fait accompli takeover of Afghanistan. Now, jihadists of all stripes are rejuvenated by the Taliban’s victory, but with one notable exception: ISIS. The group that once was able to take half of Iraq and Syria still lurks with designs against the Taliban and the world. That’s why the United States should not discount ISIS-K’s threat in Afghanistan and beyond.

The Islamic State needed Afghanistan’s chaos. It has not regrouped since the death of its leader Abu Bakr al-Baghdadi in 2019 and the loss of its territorial caliphate in Syria and Iraq. Al-Qaeda also has been a shell of its former self, even long before U.S. troops killed Osama bin Laden. In fact, terrorist attacks worldwide in 2020 markedly decreased. And in Afghanistan, ISIS-K was competing directly with al-Qaeda for dwindling fighters and funding there, amid thousands of U.S. and NATO troops. The Taliban’s victory provides air to jihadists who have been suffocating, strangled by the world’s counterterrorism initiatives—but which organizations will most benefit?

Before Sept. 11, 2001, the Taliban provided al-Qaeda sanctuary and the groups remain bonded. Al-Qaeda hasn’t given up on striking what it has called the “far-enemy”, the United States and its allies. Taliban control over Afghanistan will provide al-Qaeda the ability to heal, lick its wounds, and plan. Afghanistan will become a safe haven that will allow al-Qaeda to amass new recruits, raise finance, and plan external operations. The al-Qaeda resurgence will likely take time, but researchers report that foreign fighters are relocating to Afghanistan, on top of the approximately 10,000 foreign terrorist fighters already there, according to a United Nations report in June. That number, in my estimation, will rise significantly and when it does Afghanistan will become a playground for those fighters, not unlike what the world witnessed when ISIS peaked in Iraq and Syria.

ISIS-K stands to benefit from the flow of foreign fighters, but not to the extent of al-Qaeda, which is now aligned with the ruling Taliban. Recall ISIS-K was formed in 2014 from disaffected members of the Afghan Taliban, Pakistan Taliban, the Islamic Movement of Uzbekistan, amongst other groups. ISIS-K became a “province” of ISIS in 2015 when al-Baghdadi accepted an oath of allegiance from ISIS-K’s leadership. Not long after, my old office at the State Department led the effort to declare ISIS-K a designated Foreign Terrorist Organization.

Post Views: 76
Previous Sanctions on Taliban Compound Afghanistan’s Humanitarian Difficulties
Next What Can the United Nations Do About Counterterrorism?