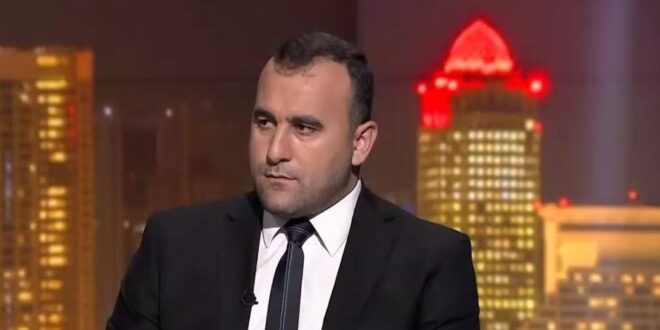 Syria will attend the next Arab summit in Algeria, Syrian politician predicts

“In my estimation, Syria will be present at the next Arab summit in Algeria,” Omar Rahmoun tells the Tehran Times.

It seems that the ice between Damascus and Arab countries are thawing.
United Arab Emirates Foreign Minister Abdullah bin Zayed al-Nahyan met Syrian President Bashar al-Assad in Damascus on Tuesday in a sign of reestablishing ties between Syria and the Persian Gulf states.

“There is no doubt that the UAE did not take this step until after the approval of the entire influential Arab states,” Rahmoun remarked.

Bin Zayed is the most senior Emirati official to visit Syria in a decade since the eruption of terrorist war in the country in which several Arab states backed mainly extremist insurgents against the Assad government.

The visit is widely seen as a sign of regional efforts to restore diplomatic ties with Syria, a country grappling with a spiraling economic crisis caused by years of conflict and compounded by Western sanctions.

“Today, Syria is looking forward to reconstruction and rebuilding what was destroyed during the war, in an effort to turn the page of the ‘black decade’,” Rahmoun notes.

To that end, Syria relies on the role of allies such as Russia, China, and Iran in limiting the effects of Caesar’s law, the Syrian politician emphasizes.

Following is the text of the interview:

Q: What are the messages of UAE Foreign Minister Abdullah bin Zayed’s visit to Syria for Arab countries and the region as a whole?

A: The messages of Sheikh Abdullah bin Zayed’s visit to Syria for the region are many; the first of which is an official Arab recognition of Syria’s victory over the Muslim Brotherhood plots led by Turkey and Qatar.
The second message is that Syria constitutes the northern front line for the Arab countries, and it is necessary to communicate with it and return it to the Arab League to counter Turkish ambitions. It also includes closing the page of the Arab Spring and opening the page of curing the Arab world’s wounds after the fragments that befell it through this so-called Arab Spring.

Q: How do you assess the role of the Persian Gulf states in the exacerbation of the Syrian crisis during the past years?

A: The Arabs, in general, were not in one position, and even the (Persian) Gulf states didn’t share the same view regarding the Syrian crisis, and everyone knows that Qatar financed and supported the Arab Spring whereas the UAE led the project of counter-revolutions in all the Arab world, from overthrowing Mohammed Morsi and the Muslim Brotherhood in Egypt to bringing down Rached Ghannouchi in Tunisia and pursuing the Brotherhood in Libya and Yemen and finally extending a friendship hand to Syria to restore a bridge between Damascus and other Arab capitals.
Regarding the crisis in Syria, the role of Qatar and Saudi Arabia until 2014 was different from the role of countries like the UAE, and it is not possible to read the whole scene in the same way.

Q: Do you think that the UAE can play the role of a locomotive for Syria’s return to the arms of the Arab world, especially the Arab League?

A: The UAE has a leading role in the Arab axis today alongside Saudi Arabia and Egypt, and certainly this visit is a prelude to Syria’s return to the Arab League with Emirati efforts.

There is no doubt that the UAE did not take this step until after the approval of the entire influential Arab states, and in my estimation, Syria will be present at the next Arab summit in Algeria.

Q: Some Arab countries, including Persian Gulf states, urge Syria to break alliance with Iran in exchange for a return to the Arab world? What was Syria’s answer to that?

Q: What is Syria’s plan when it comes to rebuilding its economy and entering the post-war era with the help of its allies such as Iran and Russia as well as collaboration with some Arab countries such as Egypt and the UAE?

A: Today, Syria is looking forward to reconstruction and rebuilding what was destroyed during the war, in an effort to turn the page of the black decade, and this depends on several things:

2- Completion of the reconciliation project to head towards a reconstruction on a larger scale.

3- Relying on the role of allies such as Russia, China, and Iran in limiting the effects of Caesar’s law.

4- Relying on the Arab role, especially the (Persian) Gulf, because it has an effective role, and Syria has had a distinguished experience with it in the past.

Syria hopes a lot of benefits via opening the connection line with the Arabs, especially in terms of attracting investors, pumping the dollar into its central bank, and rebuilding its economy.