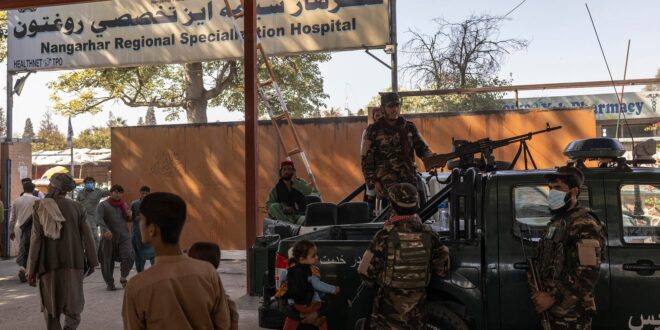 One major pillar of the international community’s engagement over the past two decades centered on strengthening subnational governance.

After 20 years of an ambitious, costly international state-building effort, the government of Afghanistan collapsed in the summer of 2021 in a matter of weeks. The Afghan security forces’ remarkably rapid defeat earned significant attention, but the Taliban victory over the internationally backed Afghan republic stemmed equally from deep-seated political and governance factors. Across all the facets of the Western state-building endeavor in Afghanistan, there is now an enormous need to assess how the international project fell so far short of its aims.

One major pillar of the international community’s diplomatic and development engagement in Afghanistan over the past two decades centered on strengthening subnational governance. Western officials asserted that improving Afghan local governance was a critical prerequisite to consolidating a stable, legitimate state; as a result, they launched numerous projects to bolster subnational governments’ capacity, accountability and responsiveness. Even though the size of the overall international footprint varied greatly over the years, donor support for local governance programs remained substantial throughout this period, totaling well over $2 billion since 2002. As donors grew frustrated with Kabul-based political leaders, channeling significant aid to local governance projects seemed like an almost commonsensical decision in a country in which the majority of Afghans interact with local officials more than national ones.

Yet local governance aid from Western donors was marked by several persistent shortcomings over all these years. First, assistance programs often aimed to “build trust,” “foster dialogue,” and strengthen linkages between the state and citizenry — in essence, to teach Afghans to talk to one another — but they failed to acknowledge that the primary barriers to communication between the governed and governors were often political, not technical. Second, they aimed to build the capacity of district- and provincial-level councils, but these training efforts were perennially stymied by these bodies’ lack of clear authorities or roles. Third, donor programs often emphasized the cultivation of skills that were more relevant to being a good aid recipient than they were to navigating the real politics of the local Afghan order — an order in which citizens had long viewed the state’s village-level penetration as predatory or unwelcome. More broadly, meaningful decentralization of authority and power away from Kabul could have yielded more promising governance arrangements for Afghanistan in the long term. But partly because of these persistent flaws, donor engagement fell short of midwifing this type of change.

In short, multiple generations of international programs focused on subnational governance failed to incorporate some essential lessons. This problem is not unique to Afghanistan: Around the world, donors’ institution-building aid in the democracy domain has often been used to try to solve political problems through technical means, and these efforts usually have failed. The experience of local government assistance in Afghanistan has added one more painful chapter to a familiar story. But the case of Afghanistan also reflects the immense challenge of working in an environment that is often beyond Western interveners’ control: For nearly 20 years, Afghan local governance structures were “caught in confusion,” and for many Afghan players, this ambiguity was useful.

Looking back at the long international state-building project in Afghanistan, subnational governance aid was only one part of a vast undertaking. But these programs were nevertheless important in their own right — and also for the broader problematic patterns in Western intervention that they reveal. Looking ahead to future engagements, the time is ripe for the international community to incorporate lessons from Afghanistan.

The international community’s approach to subnational governance in Afghanistan went through multiple iterations over the past 20 years. In the period immediately after the 2001 Bonn Agreement — established to set up provisional government arrangements in the country — the foreign interveners largely concentrated on central ministries and institutions rather than local politics. They also assisted in drafting Afghanistan’s 2004 constitution, which took a notably vague approach on key questions of subnational governance: the document endorsed “centralism” while in the same breath also leaving theoretical room for decentralization or devolution. It provided for provincial, district, municipal and village councils, but the authorities and responsibilities for them, particularly the district and village councils, were left vague.

By 2005, the international community began to focus on subnational issues both as they grappled with the burgeoning poppy crop across rural Afghanistan and its connection to local political economies and as they recognized the need to clarify the roles of the provincial councils that were elected that autumn. Starting at the January 2006 London Conference, Western officials warned with increasing fervor that local governance-related confusion was impeding the consolidation of gains in democratic state building. Donors noted that the roles and responsibilities of subnational councils in particular needed elaboration.

Though these officials directed their complaints to then Afghan President Hamid Karzai’s government, in truth, they shared the blame: Even as Westerners increasingly emphasized the importance of local governance, their approach to improving it was ill-defined in both conceptualization and implementation. Even a well-regarded initiative such as the National Solidarity Programme, which set up community-driven development projects at the village level, made scant reference to how its local participatory processes were meant to fit into any broader system. Donor training programs for provincial councils largely “worked around or avoided solid definition of the crucial relationships that normally should link representative bodies with legislative functions, access to resources, and representative accountability.” As provincial reconstruction teams (PRTs) expanded their operations across most of the country, their disparate modes of engagement with local government counterparts further fragmented the donor community’s approach to subnational governance.

To rectify the ambient confusion on local governance, international officials increasingly pressured the Karzai administration to make two primary technical innovations. First, they called for the creation of a central bureaucratic focal point to take the lead on subnational governance matters. Second, they clamored for the drafting of an official subnational governance policy that would elaborate the roles of local councils and specify the relationships between these bodies and line ministries, financial conduits and local executives.

In 2007, the donors’ first wish was granted: Karzai established the Independent Directorate of Local Governance (IDLG), a quasi-ministerial body formally charged with coordination and policy development for all subnational governance issues. Yet the IDLG’s birth fit a familiar pattern in exogenous state-building interventions: the creation of a new bureaucratic organization intended to solve a largely political problem. As such, the new IDLG did little to clarify the local governance situation; the directorate had a muddled mandate and limited authority and was saddled with a competing, overly broad array of expectations from various stakeholders. Further compounding the challenge, the lack of clarity on local governance matters had become beneficial for many elite domestic stakeholders. The ambiguity allowed patronage opportunities, and the influx of donor money intended to improve local governance represented a vast resource stream ripe for capture.

As for a codified subnational governance policy, donors sponsored a lengthy consultative process to develop this document. The resultant 415-page opus was finally released in 2010 but did not clarify the essential questions around the roles, relationships, and responsibilities of Afghan local administrations. For years afterward, donors, the IDLG, and a revolving cast of foreign consultants repeatedly attempted to rectify the situation by layering on additional (donor-underwritten) documents such as the 2012 Subnational Governance Implementation Framework, whose provisions remained unimplemented in subsequent years. In 2018, Afghan President Ashraf Ghani’s administration finally released a Roadmap for Subnational Reform, but the document deferred many essential questions until a revised local administrative law, provincial council law and municipality law were passed. The document had little discernable impact on the functioning of local governance, and the promise of revised laws or further clarification remained unfulfilled up to the day Ghani’s government fell.

Alongside Westerners’ role in these policy-related developments, their local governance aid programs expanded greatly after 2009 in tandem with the military surge. The international community’s counterinsurgency strategy framed the conflict as a struggle for the support of the population — one between the insurgent Taliban on one side and the Afghan government on the other.

To strengthen the Afghan government’s hand in this contest, Western policymakers focused more intensely on local governance initiatives. An influx of civilian and uniformed foreign personnel deployed overwhelmingly to areas outside Kabul, greatly expanding the number of civilians on PRTs and adding a new layer of civil-military units at the district level, namely district stability teams. Civilian stabilization programs explicitly aimed to build more “responsive, capable, and accountable governance” at the local levels by lavishing unprecedented attention and financial resources on district officials and government entities. Yet these initiatives often undercut their own long-term goals. The huge injection of external money undermined any accountability between the state and citizens, effectively turning district-level administrations into rentier mini-states. Meanwhile, the deluge of Western-led “quick impact” projects drew attention away from strengthening the line ministries’ capacity, and their incentives, to deliver local services in the long term.

After the surge gave way to a (putative) transition period in 2014, Western assistance efforts steadily rolled back their programmatic ambition and geographic writ. District stability teams and then PRTs gradually shut down across the country, effectively limiting donors’ direct engagement with local governments and reflecting a dramatic cut in aid budgets overall. Hence, well before the Afghan government fell in 2021, the Western diplomatic presence returned to being largely confined to Kabul; local governance aid programs continued, but they were primarily focused on provincial and municipal administrations as well as on associated Kabul-based entities. An exception was the Citizens’ Charter program, a rural development program that engaged local communities as an heir to the National Solidarity Programme.