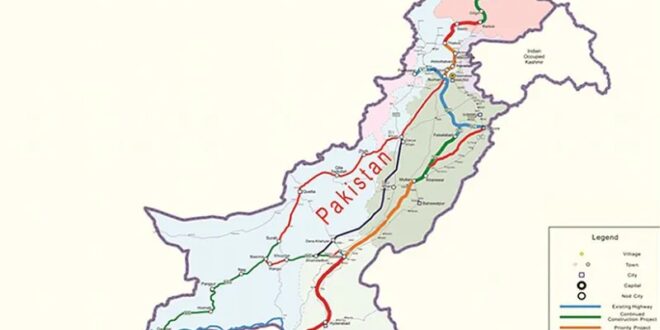 As the momentum of global economic gravity continues to shift towards East Asia, the contours of a new economic and political geography within South Asia are also becoming visible with enhanced connectivity among western China, Pakistan and Central Asia. Led by China’s Belt and Road Initiative (BRI), this transition is already influencing the thinking patterns of politics, culture and economic development in the region. Long gripped by internal and geopolitical conflicts, this is also an opportunity to leverage its potential for economic prosperity, stability and human development. These changing times pose a big challenge to both public and private sector leaders to get out of their comfort zones and capitalise on new economic opportunities and models of engagement with new players. It is pertinent to note that similar to the booming times of the old Silk Route, these emerging economic corridors are driven by the dynamics of economic proximity rather than security.

China’s flagship BRI and the strategic China-Pakistan Economic Corridor (CPEC) have laid solid foundations for regional connectivity. The success of the CPEC as a transformational investment is critical for both China and Pakistan to demonstrate their ability to steer this region towards sustainable growth. Pakistan needs to work on several structural reforms to increase its institutional capacity to maximise the CPEC outcomes for the benefit of its large young labour force.

With the improvements in power generation and transport connectivity infrastructure, bilateral trade between China and Pakistan grew and stood at US$17.49 billion (S$23.48 billion) in 2020. Pakistan recorded a nearly 70 per cent increase in exports to China in the first quarter of 2021 with US$888 million (S$1.19 billion) as compared to US$526 million (S$706 million) in the same period last year. The projected potential of bilateral trade is between US$80 billion and US$100 billion (S$105.8 billion and S$134.2 billion) by 2030 when most of the CPEC investments will be completed. However, to realise this goal and to have a favourable balance of trade, Pakistan will have to increase its per capita income, productivity and quality of exportable goods to meet international standards.

Challenges of a Structural Shift

For Pakistan, three areas of structural reforms need urgent attention. Firstly, it will have to strengthen the structure and orientation of its bureaucracy towards a pro-growth system. Secondly, there is a need to mainstream the role of the private sector in economic diplomacy where geographical proximity plays a central role. Pakistan should also be willing to let go off inefficient sectors that have flourished on patronage and state protection. Thirdly, investment in regional knowledge networks will be crucial to sustain its key position in the new regional markets. Pakistan must benefit from China and the rest of Asia’s research and development expertise and link up its universities and think tanks with those of its Asian neighbours.

Pakistan’s economic structure and management has not changed much in the last three decades. Its economy grows steadily at five-six per cent and then fails to sustain this growth rate due to chronic fiscal and balance of payment related imbalances. The momentum is thus broken, and the focus shifts towards stabilisation through monetary tightening and compromising investments needed for a sustained growth period. Pakistan needs to work on competitive economic value proposition to attract foreign direct investment from China and the rest of world. With one of the lowest savings and investment to gross domestic product (GDP) ratios in emerging Asia, there is need to create the required fiscal space and an investor friendly policy continuity to double the investment to GDP ratio.

Pakistan needs over seven per cent sustained growth to reach the level of the middle-income countries in next 10 years. This will create jobs for its vast labour force. However, only a competent economic team, backed by all political and institutional power structures, can accomplish this.

The recent rather abrupt withdrawal of the United States-led coalition from Afghanistan needs to be seen in a context of the transformational regional transition led by China. With over 40 years of conflict, Afghanistan remains a binding constraint to stability and shared regional economic prosperity. Its economy is expected to nose-dive after the recent capital flight, suspension of aid, central bank reserves of US$9 billion (S$12.08 billion) and International Monetary Fund post COVID-19 support package of US$450 million (S$604 million). Almost 90 per cent of the population lives below the US$2 (S$2.68) a day poverty line, with heavy reliance on basic agriculture as the main source of livelihoods for more than 50 per cent of the population.

Stability in Afghanistan is linked to the timely implementation of connectivity infrastructure projects in Pakistan, Iran and Central Asia. China is investing heavily in the development of its western provinces bordering Pakistan, Tajikistan and Kyrgyz republic. Any destabilisation in Afghanistan will slow the pace of development in these regions.

Optimistically, in the medium-term, Afghanistan’s advantage is vested in its central location to connect South and Central Asia to the markets in the Middle East, and its vast mineral resources are estimated at over US$1 trillion (S$1.34 trillion). These strategic endowments directly complement China’s regional connectivity ambitions and expertise to develop supporting infrastructure for mineral development.

At this point, China, Pakistan and other neighbouring countries are best positioned to exploit these precious endowments and link Afghanistan with western China through the CPEC.

*About the author: Mr Haroon Sharif served as the Minister of State and Chairman of Pakistan’s Board of Investment in 2018-19. He remained Pakistan’s Lead Representative for Industrial Cooperation in the Joint Cooperation Committee of the China-Pakistan Economic Corridor. He can be contacted at [email protected]. The author bears full responsibility for the facts cited and opinions expressed in this paper.

Post Views: 58
Previous What Xi And Biden Forgot To Mention On The Economy – Analysis
Next A Neglected Crisis in Bosnia Threatens to Boil Over 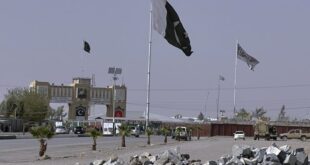 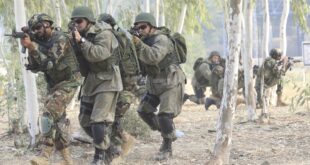