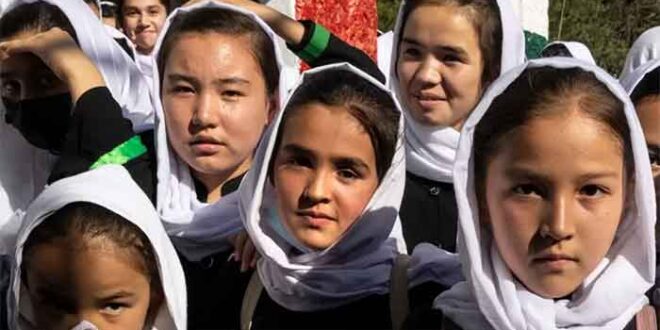 Unknown is Afghanistan’s trajectory of developments. None of the players, external and internal, knows the highly-contested land’s flight path. All of the players are unsure of possible impact of each of the tactical moves being taken by each of them. So, there’re compromises or postures to compromise, and contest – cold and hot.

Already an empire has experienced, as has been admitted, strategic failure in that land. At least one faction in the Empire is telling: War in Afghanistan isn’t over. At least two forces within that landlocked land are getting prepared to carry on their bloody fight while at least one force, faction-ridden, is rifle-ready to counter all counter-forces. A few forces are playing on both sides and are uncertain about self-moves while a few are posturing to be a player in the chess game. Thus, Afghanistan is yet vexata quaestio – a disputed question; and there’s not going to be a single combat.

Other than these tales of chess moves, fundamental questions remain unsolved in the country: rights, dignified life, exploitation, poverty, inequality, equal access to health-shelter-education, people’s political power and participation, people’s ownership of commons and environment-ecology, equity in ownership, fair wage, vested interests. Has the question of land reform been resolved? The same with the questions related to economy – agriculture, industry, trade, transport, infrastructure, etc., and natural resources. Has the question of interference by external forces been resolved? Do the people there know the extent of their rights? What’s the legitimacy and source of legitimacy of power there now? Constitution, form of governance, power and source of power to legislate face similar question. Are the millions languishing in poverty and ignorance aware of these issues? Reality, probably, will tell: Only fools, unaware of reality, raise the questions now. An irony of reality! Is it now only to say: “Fata viam invenient” – the Fates will find out a way? (Virgil, Aeneid, X)

Hunger is hunting millions. Many in Kabul are selling out their domestic goods and appliances. They plan procuring food. Condition of agriculture inputs is unknown. Can the millions, an unorganized mass, unheard and immobilized, voice their agony and pain? Concerned UN agencies have already warned of intensifying hunger and famine’s knock at the door. So much blood, and so much hunger!

What about space for democratic struggle in this situation deluged with fear and threat? Has the reality thrown the question of democracy, not the “democracy” that the Empire builds, away from life that finds an overwhelming nay in all spheres?

Factors were active for long behind the situation evolving to today. That requires a deep reckoning. But, before to that assessment, the fact that stands stark is the people’s present condition: hapless, a stalemate in forward journey, a complex class struggle. To someone, it may appear – a people denied of all of life.

The people’s present condition is also a factor in the Afghan political-social scene.

There’s the question of class: class interests engaged in conflict; which classes are in alliance against which classes/friends and foes in class conflict; manifestations of class conflict; areas and array of classes in class conflict; relations, antagonistic-non-antagonistic, between imperialism and classes; organizations and level of the organizations engaged in class conflict; and, how to handle these contradictions. All these issues may now appear immaterial or abstract to some observers. But, these are concrete issues in real life, and issues of today as well as of future. A correct handling of these will help advance the Afghan people’s struggle for a dignified, decent and democratic life. Interested political actors/leadership in Afghanistan has to address the issues.

Imperialist intervention/aggression in Afghanistan has impacted the Afghan socioeconomic reality. New social-political forces with diversified interests including ties to and material benefit from imperialism have emerged over the years in the country. Presence of proxies is well-known. Social forces with democratic aspiration, with aspiration of a society free from imperialist clutches, with aspiration for control over national resources are there.

Complexities complicate further as divisions by creeds and sub-creeds, regions, ethnicities, mixture of ethnicities and regions, tribes and sub-tribes play roles in society and politics. Afghanistan, Louis Dupree mentions in Afghanistan (Princeton University Press, Princeton, New Jersey, 1980, first published in 1973), is “a basically agrarian economy, and a peasant-tribal society with loyalties oriented locally and not nationally.” Despite invasions and wars, a few modernizing interventions, the situation has not changed significantly since the book was written based on 20 years of research.

What’ll be the equation here, in Afghanistan, and now? It’s now a major question.

There’s the ideological/cultural question – one of the most important questions to be resolved by political leadership aspiring for a democratic society, a society free from the grip of medievalism.

Post Views: 115
Previous Sudan is Backsliding Dangerously
Next Arming Against China: The US Global Posture Review

From Aerial Strikes to Starvation, Afghanistan’s People Bear the Brunt of the West’s Failed Taliban Tactics

Are Western Wealthy Countries Determined to Starve the People of Afghanistan?