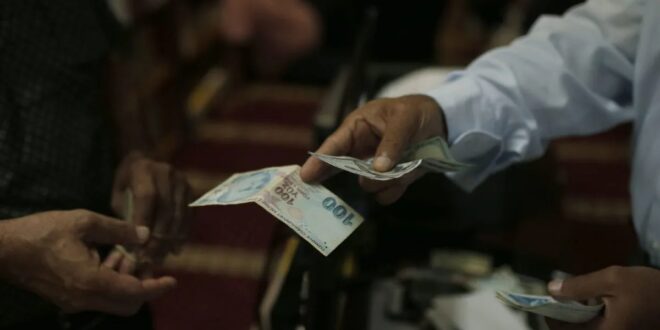 Turkey is reportedly seeking to increase the foreign currency reserves possessed by its central bank, in a currency swap agreement with the United Arab Emirates that could amount to at least $5 billion.

According to the London-based news outlet Middle East Eye, which cited an anonymous senior Turkish official, Ankara and Abu Dhabi are in the process of coming to an agreement which would see the Turkish central bank receiving more foreign currency reserves to aid its economic crisis.

“The negotiations in the coming days will finalise the amount but our initial estimate is that it would be at least a $5 billion deal,” the official said. A report by the Turkish newspaper Hurriyet which cited another official, however, put the amount to at least $10 billion.

That deal, which enables the two countries’ central banks to exchange currencies, would also reportedly allow the UAE to directly deposit US dollars, giving the central bank greater certainty for the future.

It comes at a time when Turkey is currently undergoing a significant economic crisis which has seen the value of its currency – the Turkish lira – plummet over the past year, due to President Recep Tayyip Erdogan’s opposition to high interest rates, the loss of foreign investment into the country, and also the lack of sufficient foreign reserves.

The restoration and improvement of Ankara’s ties with Abu Dhabi after a decade of regional rivalry, therefore, is seen as a boost to the Turkish economy and a step to regain the trust of potential foreign investors. That is especially following the deals struck between the two countries earlier this week, in which the UAE agreed to invest $10 billion into Turkey.

If the currency swap deal is true and succeeds, it will not be the first time the UAE has agreed to such an agreement, as the Emirates – along with other Gulf states like Saudi Arabia and Kuwait – has previously deposited billions of US dollars in Egypt’s central bank over the years, which Cairo aims to repay by the end of 2023.