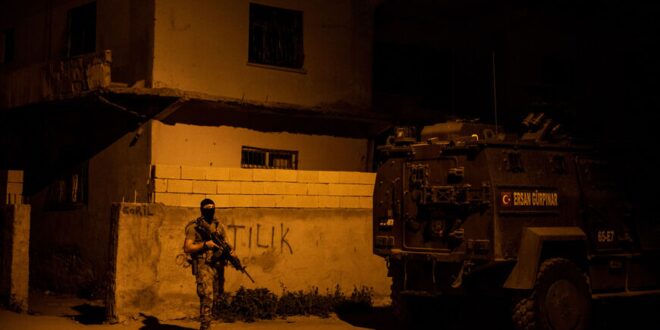 Ankara has made sweeping arrests of suspected Islamic State militants.

Police arrested 11 people in Istanbul and 22 in Ankara. There police are searching for eight other individuals in Ankara. The suspects, all foreign nationals, are alleged to have been planning to carry out attacks on behalf of the Islamic State, Turkey’s official Anadolu Agency reported.

Turkey has a complicated history with the Islamic State. Turkish authorities have stepped up pursuit of IS suspects in the country this year and arrested 26 of them in June. Most of those detained had come from Iraq and Syria.

At the same time, critics accuse Turkey of being soft on the group and say courts insufficiently punish IS members. In one case, an IS official who allegedly ordered the death by burning of two Turkish soldiers lived for years in the city of Gaziantep and ran a small business.