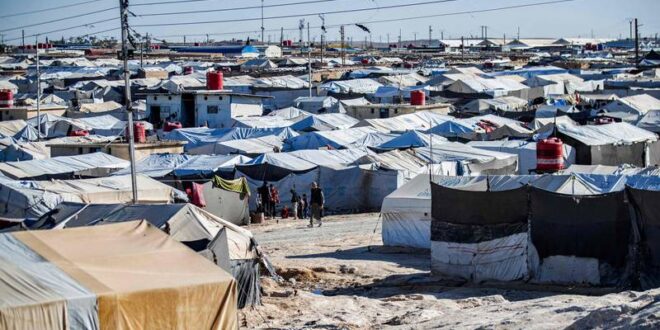 Governments are being urged to create a global task force to deal with the security risks posed by foreign terrorist fighters, and to take urgent action on repatriating female ISIS fighters or risk facing decades of threats.

Its report, titled Resolving the Stalemate: Foreign Fighters and Family Members in Syria, says the camps containing ISIS members and their families are “unsustainable” and pose a “major security threat”.

More than 60,000 people, two thirds of them children, are held in camps for families associated with ISIS fighters.

The Al Hol and Al Roj camps, run by Syrian Kurdish forces, hold citizens from about 60 countries who fled from ISIS’s last enclaves.

The report says that failure to find a resolution on the global stalemate in managing ISIS members and their families in the camps represents “significant security risks” and that the lack of a robust management strategy could have “far-reaching and generational security, economic, political, and social consequences”.

“This report is required reading, especially for the many politicians who prefer to avoid the repatriation issue under discussion,” he said.

“The aspiration for concerted international, multilateral action is the correct way to empty the holding camps. What is now needed is the courage among nations to make a reality of the wise advice the report offers.”

Rusi is recommending the establishment of a new international task force, under the auspices of the UN, to push for the prosecution of fighters and to prioritise vulnerable children for repatriation and support.

“There are no easy answers to the temporary solutions currently holding foreign terrorist fighters but current international fudge creates a dangerous long-term threat,” he said.

“The most powerful conclusion in this Rusi report is the absence of a fully resourced multilateral international effort to gather evidence necessary to remove the sense of impunity for atrocities and incarcerate many of those who threaten future security. The deceased victims and widely scattered survivors are surely entitled to this resolution.”

In a separate report by the Counter Extremism Project think tank, titled Female Foreign Terrorist Fighters: Challenges In Repatriation, Prosecution, And Rehabilitation, nations are warned that a lack of action in dealing with female fighters will result in difficulties in their rehabilitation.

“Governments which delay the repatriation of foreign fighters, their rehabilitation and re-entry programmes may struggle to reverse the extremist beliefs and disillusionment that prompted many of these foreign fighters to travel to conflict zones in the first place,” the report’s author Riza Kumar says.

“Another challenge governments will have to contend with would be reconciling the risks of repatriating foreign fighters, and the concrete steps needed in assuring safe rehabilitation and reintegration of these individuals.

“Understandably, female returnees present a unique challenge in the nexus of policy and security. The potential dangers of a returnee who re-engages in terrorist activities can be catastrophic, but those concerns do not exist in a vacuum.

“There are concrete steps that international governments can take to address the individual risks associated with returnees. International security is based on confronting new and unusual challenges to achieve a favourable outcome, and the approach to repatriating and rehabilitating female returnees can only reach such an outcome once the challenge is adequately taken on.”

Last week Switzerland became the latest nation to repatriate two children from ISIS camps, who had been taken to Syria by their mother in 2016.