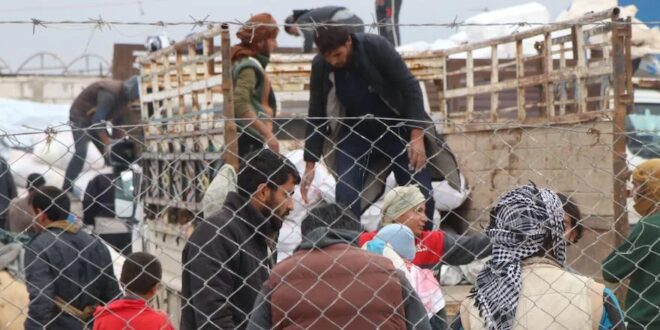 Resolving the Stalemate: Foreign Fighters and Family Members in Syria

This paper assesses the risks to national and transnational security posed by foreign terrorist fighters and their families, and considers how global leadership and multilateral solutions are necessary to address them.

The collapse of the Islamic State caliphate in March 2019, while a positive development overall for international security, has created an enduring security challenge in the form of tens of thousands of Islamic State fighters and family members from some 60 countries who are still in northeast Syria. Held by the Autonomous Administration of North and East Syria (AANES) and the Syrian Democratic Forces (SDF) in a number of camps and prisons, often in appalling conditions, there is little prospect at present for those who have committed abuses to be tried and convicted, either in Syria or in their countries of origin.

The current international response is one of containment, but this is not sustainable. As well as denying justice to those who have suffered appalling abuses by the Islamic State, this presents a growing security threat as the AANES/SDF cannot continue indefinitely to hold these people securely. Few countries have repatriated significant numbers of their citizens, with most European counties only allowing a small number of children (and in some cases mothers) to return. The appalling conditions in which many are held will likely lead to further radicalisation, while the (re)opening of spaces such as Afghanistan creates possibilities for mobilisation of foreign fighters.

This paper charts a way forward on this difficult issue. It proposes concerted global action, including setting up an international task force to coordinate and drive progress, pushing for prosecution of those fighters who have committed crimes (including war crimes as well as terrorism related), prioritising children for repatriation and support, and strengthening national public protection tools, including deradicalisation, disengagement and reintegration capabilities.

This is an exceptionally complex and contested issue. Global leadership, resolve and courage is required to address these urgent security, human rights, legal, and humanitarian challenges. Failure to act will not only be a repeat of the mistakes made prior to 9/11 and subsequent terrorist attacks, but there would be generational consequences for global peace, security and prosperity.

Post Views: 162
Previous The Spending Review and the UK’s Strategic Priorities
Next The Afghan Debacle Should Prompt China to Revise its South Asia Policy