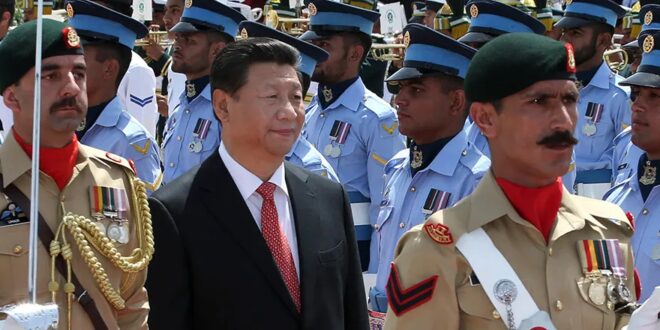 While China has tried to rebalance its relations between India and Pakistan before, recent developments in Afghanistan give it fresh impetus to do so.

Any future Cold War between the US and China would be entirely different to the previous version for several reasons, the most obvious of which is the economic and financial interdependency between the two countries. However, one similarity could survive in the form of proxy conflicts such as those seen in Angola, Afghanistan and Nicaragua in the 1980s.

A proxy conflict in South Asia would be extremely dangerous, both because of the numerous geopolitical fissures which opposing sides would seek to exploit and the fact that India and Pakistan now have nuclear weapons and the means of delivery. In the previous Cold War neither New Delhi nor Islamabad had credibly deployable nuclear weapons and, although India clearly leant towards the Soviet Union and Pakistan towards the West, there was no proxy war in the subcontinent – only further northwest in Afghanistan.

Relations between India and Pakistan are already dangerous enough without being drawn into a new Cold War. The Balakot episode of 2019 took both countries to the brink of war and was de-escalated more through luck than good judgement. Since then, China has become an active participant in the subcontinent through its hostile operations along its disputed border with India in the Himalayas and, most recently, by appearing to endorse Pakistan’s preference for a Taliban-only government in Afghanistan.

I am told confidentially that China did question the wisdom of Pakistan’s judgement in August just as the Ashraf Ghani government collapsed but, crucially, it did not press the point. Beijing may have calculated that the Pakistani army could not force the Taliban to form an inclusive administration and that the influential Corps Commanders in Pakistan might even have resisted Chinese pressure at such a crucial moment.

Following the US withdrawal, Beijing will now surely recognise that it needs its own policy on Afghanistan; it can no longer outsource decisions to Pakistan. There is too much at stake, including the threat from Uighur militants, Chinese investments in the mining sector and possible future Belt and Road Initiative (BRI) projects.

Beijing will also know that the Indian government is infuriated by its loss of agency in Afghanistan after 20 years of political and economic investment there. Following what looks (at first sight) like a stunning victory for Pakistan, India will inevitably wish to make Islamabad pay a price. New Delhi is not short of options. It will doubtless see opportunities in the growing dissent in Baluchistan (and Gwadar in particular) against the BRI, and in the increasing disenchantment among Pashtuns in Khyber Pakhtunkhwa (formerly North West Frontier Province) and in the huge port city of Karachi, where Pashtuns comprise some 20% of the population. India will also push its maximalist position on Kashmir, by which Gilgit-Baltistan (through which several BRI projects traverse) is claimed as part of India.

China may also reflect on the cost/benefit of its activity along India’s northern border. In the long run, China has much to lose by stirring up a region which offers India (and potentially the US) a direct route via the Aksai Chin into China’s two least contented regions: Tibet and Xinjiang. It could be argued that in the new era of hybrid warfare and imaginative cyber operations, direct access to a territory is less essential for a campaign of disruption. Possibly – but China would be wise not to throw stones in such an extensively glazed region.

All of this argues for China to review its South Asia strategy, with a view to a degree of rebalancing between India and Pakistan. The continuation of existing policy will see Afghanistan decline back to its pre-2001 status as an economic and social wasteland. It could witness Pakistan increasingly undermined by radical Islamist groups operating from Afghanistan, the tribal borderlands and increasingly inside the cities of the Punjab and Sind. It will see a frustrated India taking ever less flexible positions on regional issues and on Chinese access to its huge markets. And access to Himalayan waters will become the dominant theme in the region.

It is often forgotten that China attempted to rebalance its relations between India and Pakistan in 1996 in a remarkable speech delivered by President Jiang Zemin in Islamabad. After a number of standard paragraphs about the ‘profound friendship’ between China and Pakistan, Jiang then turned to the importance of ‘South Asia’ to Beijing and then, to an increasingly appalled audience, began praising the ‘the multi-dimensional exchanges and cooperation between China and the various South Asian countries’. The name of India never passed his lips, but it was clear to all that China intended to rebalance its relationships with India and Pakistan.

To grasp the ambition behind the speech, two passages are worth repeating: ‘China and South Asian countries are all members of the developing world dedicated … to developing their economies and improving their peoples’ livelihood. They all need a peaceful and stable international environment and, particularly, a favourable surrounding environment’.

And: ‘China will, as always, support South Asian regional cooperation, support the proposal and initiative for the establishment of South Asia Nuclear Free Zone and Indian Ocean Zone of Peace, and support all efforts designed to serve peace, stability and development in the South Asian region’.

The Indian nuclear tests just 18 months later killed the rebalancing in its infancy, but the sentiments are arguably truer today than in 1996. If Pakistan and Afghanistan are to survive, they need to open their borders with India and become transit routes to Central Asia. Now that the US has departed the stage, only China can facilitate such ambitions. The alternative is more terrorism and instability in an area where there are far too many nuclear weapons. Even without a new Cold War, Beijing’s current course is too dangerous.