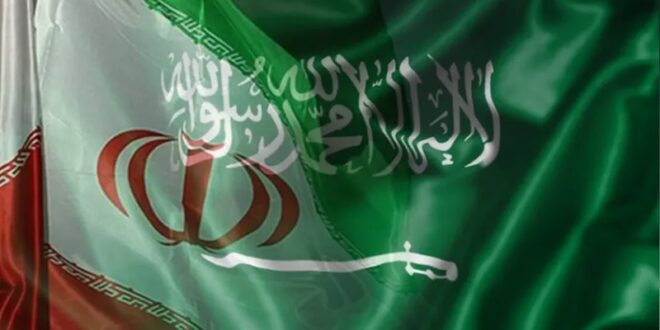 On 23 December 2021, Iran’s Foreign Minister (FM) Hossein Amir-Abdollahian, while addressing a joint press meet with his Iraqi counterpart Fuad Hussein hailed the efforts made by the Iraqi government to clear misunderstandings between Iran and Saudi Arabia.1 Abdollahian declared that Tehran would participate in the next round of talks with Riyadh, which would also be held in Baghdad. More importantly, he expressed readiness for exchanging visits of technical delegations to their “respective embassies and make necessary preparations for the restoration of mutual relations”.2 Abdollahian’s remarks put to rest the doubts about future course of Iran–Saudi dialogue as many in Iran, including Abdollahian himself, have blamed Riyadh for “delayed repatriation” of Tehran’s envoy to Yemen, Hassan Irloo, who died of Covid-19 two days after he returned home.

Since April 2021, when Tehran and Riyadh initiated behind-the-scenes talks in Baghdad in parallel to the talks between Iran and P4+1 and the US in Vienna to revive the nuclear agreement, four rounds of dialogue have been completed. The latest round of talks was held in September soon after Iran’s newly elected President Ebrahim Raisi had put together his foreign policy team. The Iranian side outlined regional diplomacy as its priority and expressed its willingness to raise the level of negotiators.4 Saudi FM Faisal bin-Farhan al-Saud, while confirming behind-the-scenes talks with Tehran, maintained that they were still in an “exploratory phase” and expressed hope that the “talks will resolve the issues stuck between the two countries”.5 Iran’s readiness for dialogue and restoring diplomatic relations with Saudi Arabia after six years since Riyadh cut ties in January 2016 is part of broader revival of diplomacy in the region after a decade of intense geopolitical competition and proxy wars involving Saudi Arabia and its Arab allies and Turkey and Iran. A unified regional policy under Raisi administration and the US support for regional diplomacy means that a détente might be reached between Iran and Saudi Arabia.

Unlike during the Rouhani administration, when there were differences over Iran’s regional policy between Iran’s Ministry of Foreign Affairs and the powerful security-intelligence apparatus, especially the Islamic Revolutionary Guard Corps (IRGC), the Raisi administration’s regional policy appears to be cohesive, and coordinated with the IRGC. It is worth noting that FM Hossein Abdollahian is a career diplomat with wide-ranging experience in Iran’s Arab neighbourhood. His last official title was deputy foreign minister for Arab and North Africa Affairs (2011–16). Having handled Iranian policies towards Iraq, Syria, Yemen and Bahrain in the tumultuous years after the Arab uprisings, his vision of Iran’s regional policy closely resembles that of the IRGC. Soon after being confirmed as the Foreign Minister, he met with the IRGC’s Quds Force’s Commander Brigadier General Esmail Qa’ani, during which he lauded the Quds Force for its role in fighting terrorism in the region and stated that foreign ministry under his watch “will proudly follow the path of martyred General Soleimani”.

In May 2021 in the aftermath of the leaked audio of former Foreign Minister Mohammad Javad Zarif’s interview criticising the IRGC for undermining foreign ministry’s regional diplomacy, Supreme Leader, Ayatollah Khamenei, had publicly lauded the Guards as “being the biggest, effective factor in preventing passive diplomacy in West Asia”.7 As Raisi government seeks dialogue with its Gulf neighbours, the IRGC is strengthening military capabilities and deterrence against pressure from United States (US) and threats from Israel. As the Foreign Ministry pushes for political resolution of regional issues, the IRGC and its allies in the ‘resistance axis’ raise the costs of anti-Iran policy by regional rivals.8 This unified approach was on display in the wake of the five-day large-scale naval and air defense exercise by the IRGC covering the coastlines of the three southern provinces of Hormozgan, Bushehr and Khuzestan.9 The exercise took place just days before the eighth round of nuclear talks began between Iran and signatories of the Joint Comprehensive Plan of Action (JCPOA) and amid renewed Israeli threats of military strike on Iran’s nuclear facilities. Congratulating the IRGC on the exercise, President Raisi echoed the Guards message of deterrence: “Any hostile action by our enemies will face a comprehensive and definitive response from the Armed Forces of the Islamic Republic of Iran that would change the strategic equations significantly.”10 The convergence of views between the executive and the IRGC which is loyal to the Supreme Leader Khamenei means that the Raisi administration does not have to fear domestic sabotage as it engages Riyadh in a dialogue on contentious regional issues.11 Further, dialogue with neighbours including Saudi Arabia is seen by Raisi administration as a crucial step towards strengthening economic relations with neighbours as the long-term strategy to counter Western economic sanctions. The GCC countries such as the UAE and Oman are seen by Iran as major re-exporting hub for Iranian goods. During the last Iranian financial year (March 2020–2021), Iran–UAE trade increased by 7 per cent in value terms at US$ 14.28 billion, Iran’s second biggest trading partner after China.

Over the last decade which started with Arab uprisings, regional states seeking regime survival and geopolitical influence resorted to direct military interventions, participated in shifting trans-national alliances, and supported proxy groups in other states resulting in the regionalisation of conflict and security in West Asia. However, the risks of tensions leading to a full-scale war, fears of overstretch among states involved in region’s various conflict theatres and the overriding domestic priority of economic concerns amid the Covid-19 pandemic seem to have nudged key regional states to seek de-escalation and dialogue. The year 2021 began with the thawing of Saudi–Emirati relations with Qatar, behind-the-scenes talk between Iran and Saudi Arabia began in April in Baghdad, in November the United Arab Emirates (UAE) FM Sheikh Abdulla bin Zayed visited Syria and Turkey, and in December the UAE National Security Advisor Sheikh Tahnoun bin-Zayed Al-Nahyan visited Tehran following the visit of Iran’s chief nuclear negotiation Ali Bagheri to Dubai just before the resumption of nuclear talks in Vienna. These diplomatic exchanges suggest that region’s rivals and adversaries are now seeking avenues to mitigate many conflicts within the region.

In November 2021, the commander of IRGC’s advisory forces in Syria for six years, General Javad Ghaffari returned to Iran. Reportedly, Gen Ghaffari’s departure came in the wake of drone attacks in October 2021 targeting Al-Tanf US military base near Syria’s border crossing with Iraq and Jordan.13 With war phase being nearly over in Syria, Damascus is fearful of actions triggering an unwanted war with Israel and is reaching out to its Arab neighbours. With the UAE and Egypt supporting Syria’s integration into Arab world after more than 10 years of isolation, Iran’s focus in Syria is likely to shift from military to political and economic relations conducted through embassies of the two states. Following Baghdad Conference for Cooperation and Partnership in August 2021, where he protested against Syria not being invited to the regional forum, he visited Syria. The focus of Abdollahian’s Syria visit was to enhance the bilateral relations in the face of “economic terrorism” or sanctions faced by the two countries.14 Similarly, in Yemen, another long-drawn conflict, notwithstanding the recent escalation in the two-year old battle for Marib, Riyadh is nowhere close to realising its objective of restoring the government of Abd Rabbuh Mansour Hadi after six years of war.15 Further, Biden administration’s withdrawal of support from Saudi-led coalition’s offensive operations in Yemen means that Riyadh sooner or later will have to find political solution to the crisis. For its part, Tehran has offered to enable a political solution in Yemen, while its Houthis allies have kept up pressure on Riyadh by sustained attacks on Saudi territory. Riyadh is so far holding its breath arguing that it will judge the Raisi government’s invitation to diplomacy by the reality on the ground.

US Support for Regional Diplomacy

The ongoing phase of de-escalation between Iran and its Gulf neighbours began in earnest in 2019 when Iran reeling under Washington’s ‘maximum pressure’ campaign, retaliated by attacking Gulf shipping and energy infrastructure. The risk of direct war with Iran and uncertainties about the US security guarantees led key US allies the UAE and Saudi Arabia to seek dialogue with Tehran. Further, Biden administration has not only reversed Trump’s anti-Iran efforts, by engaging Tehran to revive the JCPOA, it is also encouraging its Gulf allies for dialogue with Iran. In the run up to the resumption of nuclear talks following Iran’s presidential election, US special envoy on Iran, Robert Malley visited its Gulf Cooperation Council (GCC) allies and Israel. At Riyadh, Malley and political directors of the E3 (France, Germany, the UK) held dialogue with GCC states and issued joint statement noting that “a return to mutual compliance with the [nuclear deal] would benefit the entire Middle East”.17 Later, speaking at Manama Dialogue, Malley argued that Iran’s destabilising activities—ballistic missiles, explosive drones and terrorist militias—are not America’s problems, and should be solved independent of nuclear talks and in negotiations between Iran and its regional opponents.18 Notably, Malley’s position was closer to Iran’s own “principled position” on resolving regional issues through “interaction and cooperation”.

Previously, in the wake of the signing of the Joint Comprehensive Plan of Action in 2015, Rouhani administration had sought to initiate dialogue with Iran’s Gulf neighbours but the policy ran into straits as Iran and Saudi Arabia found themselves on the opposite sides in conflict in Syria, Yemen and competed for influence in the broader region of West Asia and North Africa. This time around, the dialogue between Tehran and Riyadh is happening in a vastly different regional and international context favouring continuing de-escalation of tensions. As the fate of Iran–Saudi diplomacy seems to be entwined with that of the nuclear talks in Vienna, Tehran is also keen on presenting itself as a ‘constructive player’ by taking forward its dialogue with Riyadh.